For this MotoGP 2022 review, if you refer to our coverage for last year’s installment – MotoGP 21 – you can find the background of Milestone and their motorcycle racing gaming lineup. All the specifics covered in last year’s review apply here as well. So, the bulk of this review will focus on what is new.

MotoGP 2022 is the Dark Souls of Milestone’s motorcycle racing games. With all the intricacies of bike riding, such as weight control of the rider to eke out the fastest times possible, there is no controller available to simulate the true experience, even approximately.

The PS5 Dual Sense is a welcome aid, but bike riding is complicated. You’ll be juggling several inputs at the same time almost all the time. A quick look at the controller mappings makes the complexity apparent, especially with these bikes and all the electronics now incorporated into them. There is no one configuration I could come up with that was totally comfortable. Bonus to Milestone for supporting full customization of the controller mappings.

MotoGP 2022 must have listened to feedback about how difficult the game is. This time, when you boot up the game, it prompts you to complete a set of tutorials. For new players, this is a great boon and for others, it’s a great way to brush up or hone biking skills. These lessons are a very extensive set that covers everything from basics to highly advanced techniques. 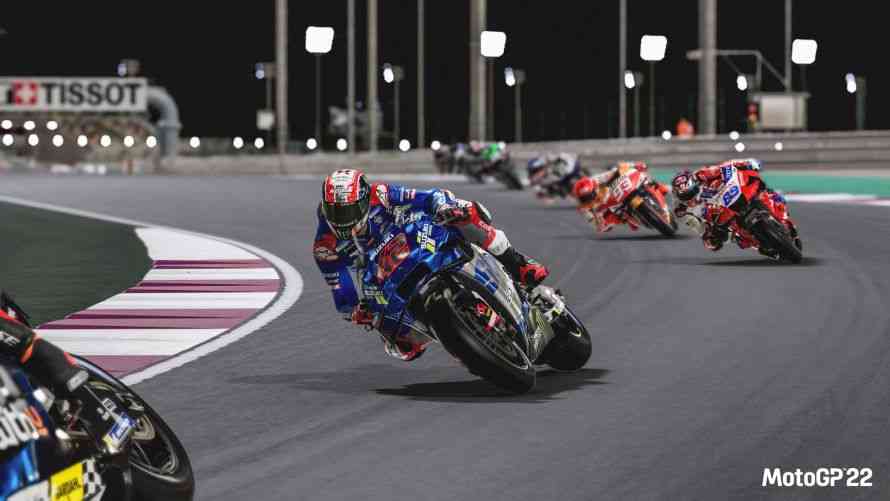 To complement the tutorials, there is an extensive array of riding aids. As with all such aids, they are a dual-edged proposition. They allow rookies to enjoy the game but they also rob much of the feel and authenticity of the experience. The sooner you can wean yourself away from it, the better. The one aid that has the biggest impact are those for braking, so you should focus on honing that skill first.

There have been some smaller improvements to the game mechanics, including a Ride Height Device. This allows you to lock the suspension in terms of height and compression. With this engaged, you can effectively get a speed boost on straights. Big warning though! If you leave it engaged while cornering, prepare for some serious catapulting action.

When you crash, and you will crash, the game switches to a first-person view that recreates a tv camera perspective. The crashing is frustrating, but there is some levity watching your body roll away with the unintentionally hilarious ragdoll mechanics. Fortunately, a rewind option is available and much needed. Using the rewind function is a preference thing and one I don’t like to use. However, for MotoGP 2022, my qualms about doing so are far less.

A big new feature is a recreation of the 2009 Championship season. Highly regarded as one of the best seasons ever, this is Milestone’s version of the GRID Legends’ story mode. Check out our review  to get the details. There is no need for fictional drama this time, however. MotoGP 2022 presents the NINE 2009 Championship Campaign as a mix of documentary and challenges. The real life footage adds so much to the realism factor and makes the challenges so much more enticing. You’ll get to recreate big moments and see if you can better what actually happened. 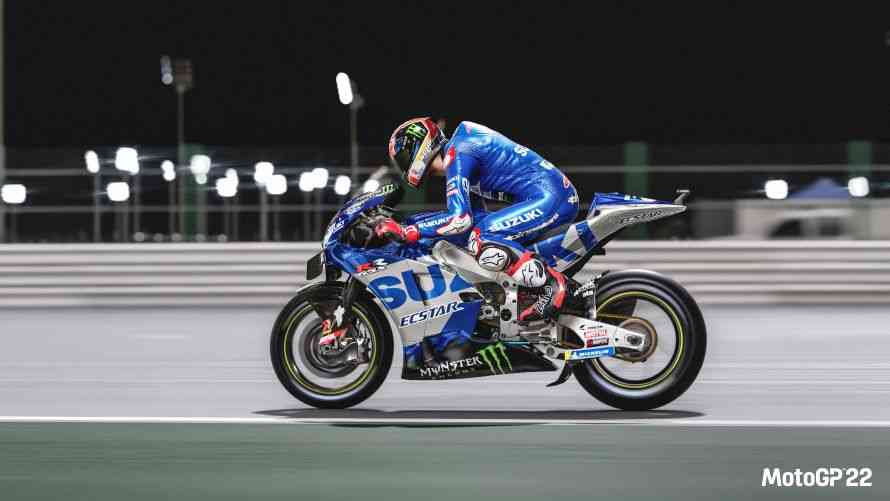 Turning to the in-race experience, mostly, it’s a great one. All the aforementioned bike riding aspects are excellent. You, your opponents, and your bikes all look great. They are all highly detailed and with the use of motion-blur really makes for a great sensation of speed. The actual track surface looks good too, but things became a tad sterile past the curbs. The stands and surrounding scenery are rather lifeless and static. A little activity off-track would yield big dividends on the immersion side.

The various modes, Career, Championship Seasons, Time Trials, and Quick Mode all return and in this iteration are pretty close to the previous release. Included this time is a split-screen mode in addition to the single and multiplayer modes. There is also cross-console, i.e. PS4 and PS5/Xbox One & Series S & X, support for multiplayer.

MotoGP 2022 adds a couple of new features but is relatively unchanged from the previous release. Graphical differences are minor, which is fine as the base experience is solid. Milestone has taken steps to make the game more accessible without losing the aspects of it that the hard-core crowd enjoys. If there was ever a time for the uninitiated to dive in, this year’s edition is it.

Hard core bike racing simmers will be happy
Expanded set of tutorials
Miles of customization options be it player, team, or bike