Trek to Yomi is a new, 2.5D action game from Flying Wild Hog. It has engaging action and an incredible musical score, but its most impressive achievement is its singular visual style. It turns a fairly standard third-person hack-and-slash game into a six-hour playable movie.

Film buffs have a special place in their hearts for director Akira Kurosawa. Kurosawa did not invent the samurai film genre, but he brought it to perfection with films like Rashomon and The Seven Samurai. His film The Hidden Fortress was a major inspiration behind Star Wars. Kurosawa developed a very specific visual language, using unique framing shots, transitions and angles. The narratives of his films focus on masters and apprentices, heroes fighting incredible odds, spiritual mastery and savage violence. The aesthetics and story themes favored by Kurosawa are fundamental to Trek to Yomi.

You play as Hiroki, who begins the game as a young apprentice swordsman learning basic moves. This serves as the game’s tutorial, as Hiroki learns light and heavy attacks, blocks and parries and other basics of combat. Hiroki’s training is interrupted when his small village is attacked by raiders. In search of his master, Hiroki soon engages in deadly combat. His master killed, Hiroki swears vengeance. 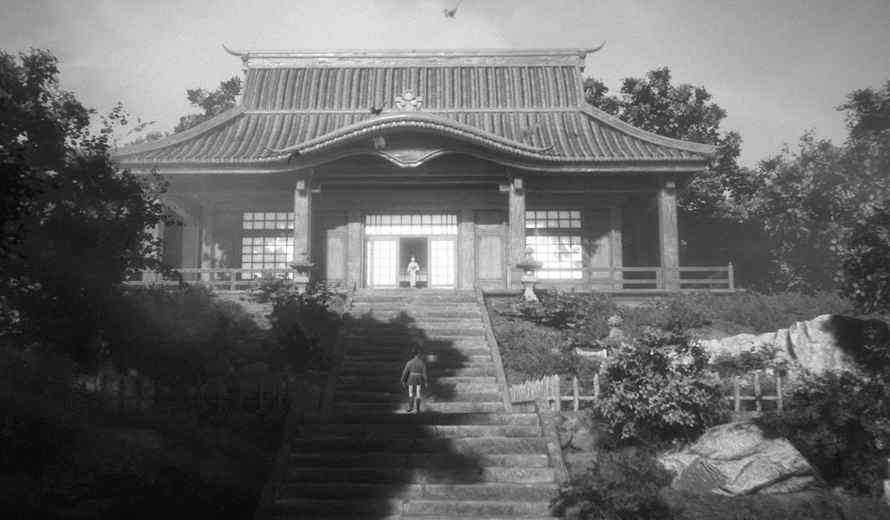 The game cuts to adult Hiroki, who is still searching to find his master’s killer. From that point on, Trek to Yomi follows Hiroki across the Japanese countryside, fighting the invaders and later, supernatural forces. In an attempt to reunite with a slain family member and defeat the evil force ravaging the countryside, Hiroki enters Yomi, a spiritual realm not quite heaven or hell. It is, however, a land from which no one returns.

There are other games that attempt to recreate the look of a black and white film, but none as successfully as Trek to Yomi. This comes not only from the absence of color or film grain effects, but the loving attention paid to framing, cinematic shots and camera movement. Scrupulously, historically detailed and expertly animated — for the most part, anyway — Trek to Yomi’s visuals contain poetry, sadness and oppressive loneliness. They also illustrate savage violence, despair and heroic action. Like the best Kurosawa film, nearly every frame is interesting and often beautiful. There’s a bit of tilt shift that gives the game an unworldly feel at times.

Visually and artistically, Trek to Yomi is a triumph, but it isn’t perfect. Some human character faces are unconvincing, and there are times when movement is less than smoothly animated. This comes into play during combat, which we’ll get to later.

There’s one aspect to Trek to Yomi that’s entirely successful. The game’s music by Cody Matthews Johnson and Yoko Honda is beautiful and haunting. Using only period Japanese instruments, the composers underscore the game with music that’s at turns expressive, dramatic and deeply evocative. It’s definitely a score worth enjoying outside the game for its pristine recording and inventive composition.

Aesthetics aside, Trek to Yomi is an action game that needs to engage the player no matter how beautiful it looks. While there are some nods to Soulslike combat, Trek to Yomi pares its mechanics down to a minimum. There are no upgrade paths to worry about, no collecting armor or buffs. The only consumables are ammunition for weapons. Hiroki’s health and stamina bars grow throughout the game via item pickups and are replenished at single-use shrines, which also serve as save points. 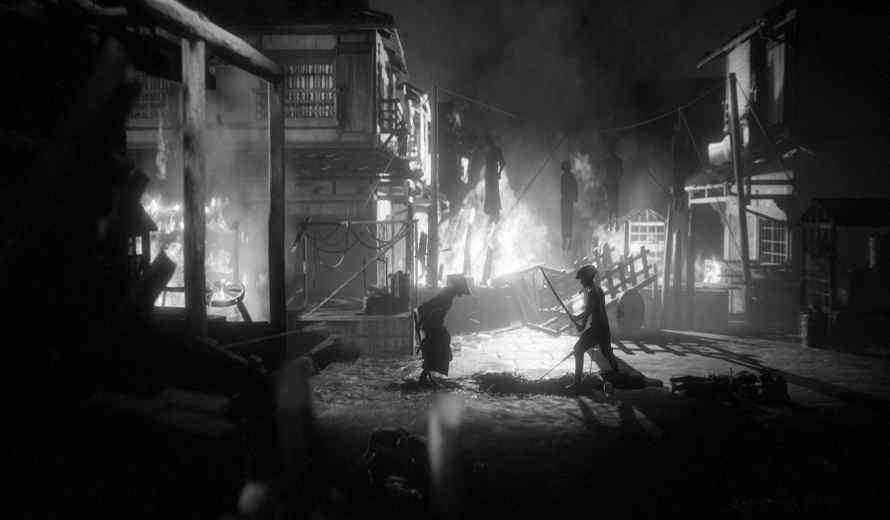 In addition to his sword, Hiroki has three ranged weapons: shuriken, a bow and a primitive shotgun. These have very limited ammunition, and only the bow is of much use. Past the early levels, the shuriken don’t do much damage and the shotgun can’t be aimed, but simply loaded and fired. The bow is almost always a one-shot solution but drawing and aiming against fast and mobile enemies isn’t practical.

That means that for the vast majority of the game, Hiroki is relying on his sword. Throughout the game, he learns new combos but most of the time, success will rely on his ability to read enemy strikes and react accordingly, whether that means blocking or finding openings and attacking. Even at the easiest difficulty, combat can be challenging and Hiroki will often find himself boxed in by enemies on every side.

Whether against human or supernatural foes, combat feels pretty much the same throughout. This would be a much bigger issue if the game was longer. Still, there’s not much feeling of progression beyond the player’s growing skill, which can of course be very rewarding. There’s also a bit of frustration around the controls, which sometimes feel slow to react. This was particularly an issue with combos that rely on speed and precise movement.

Levels on the Level

Trek to Yomi is primarily a linear, 2.5D game, but there are secret areas to find off the main path. These often involve Hiroki moving into the foreground past the camera or out of frame. Every now and again, camera placement will make this a little awkward. Occasionally, Hiroki can use objects in the environment against enemies, and there are also some simple environment puzzles, These feel a bit superfluous, but allow for some impressive magical effects that transform the landscape. At one point in the story, Hiroki has a choice of three paths that impact the rest of the game. Overall, level design is varied and interesting. 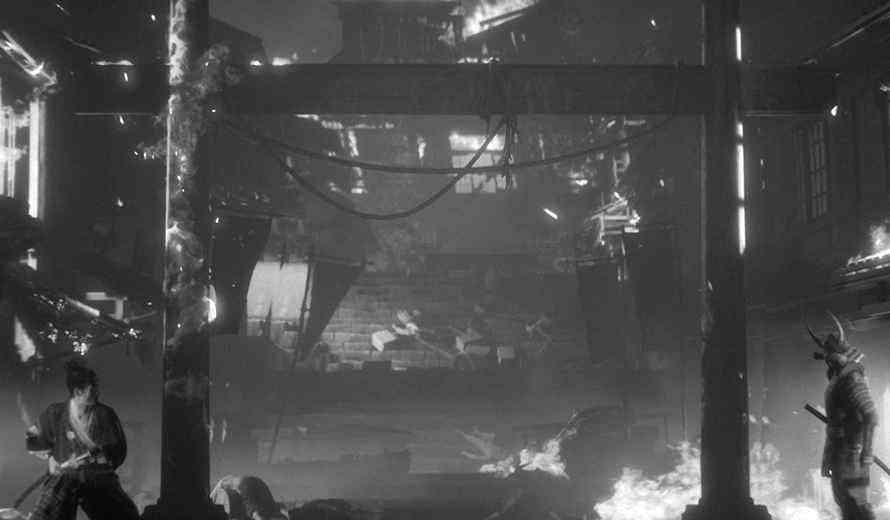 Taken as a whole, Trek to Yomi is an impressive homage to classic Japanese action films. It looks and sounds incredible, with art direction and music that are impeccably authentic to both history and cinema. As an action game, Trek to Yomi is engaging but a bit lacking in variety and depth, with controls and animations less polished than its visuals. Trek to Yomi is a fascinating and altogether unique experience, worth playing if you’re a fan of great samurai films or simply enjoy new variations on the action game formula.