Mirror’s Edge Catalyst Review – Freerunning All The Way to Mediocrity

The original Mirror’s Edge was my first taste of parkour in video games, it paved the way for titles like Dying Light and Titanfall. Mirror’s Edge Catalyst being the natural successor only gave me high hopes for what was promised to be the same mesh of acrobatic stunting and combat fluidity on a grander scale. This time around, you’re not confined to a linear path but rather have the freedom to traverse an open world map filled with multiple routes to your destination. Faith has the freedom to go anywhere in the “City of Glass” which is littered with activities that include timed runs across the map, delivering packages, escaping and fighting off groups of Kruger-Tec. There’s also enough collectables to give a completionist nightmares.

The story is paced well, but it’s way too grim. The friends you interact with are either too serious or angry all the time and it puts a damper on the experience. I couldn’t build an emotional attachment to any of the characters including Faith. A bit comic relief goes a long way, especially for the style of game this is. Otherwise the plot is watered down and predictable, given this is a prequel it could have done better to flesh out the world and get us invested, I just didn’t feel it here.

“The story is paced well, but it’s way too grim. The friends you interact with are either too serious or angry all the time and it puts a damper on the experience.”

Combat mechanics also feel awkward at times, especially through moments that force you to take out multiple enemies in one spot. It results in a flurry of heavy kicks guiding enemies to-wards the nearest railing and watching them hoist themselves over like some sort of terrible B-movie action scene. Since Faith relies on her hands and feet, Catalyst encourages you to alternate between kicks and punches to take down enemies but no matter what, some will counter your attacks under no context which makes AI predictable, I found myself spamming the same move for certain types of enemies just to defeat them.

Where the first Mirrors Edge allowed the use of guns, Faith has ditched that notion in Catalyst, instead focusing on swift hand-to-hand combat. Guns never fit Faith’s character anyway because combat isn’t the focus of Catalyst, the meat of the game is nailing down a rhythm as you jump, slide and swing from the environment to get from point A to B. It feels much like a platformer over anything else and that’s not a bad thing. 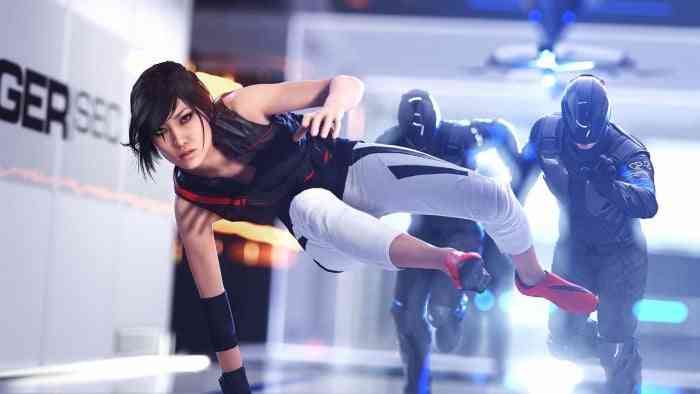 The open world has an intricate design that offers clever routes and ways to travel throughout, I had a blast just trying to perfect certain runs and figuring out faster ways to beat the time. The integration of combat and movement is well done, as you keep momentum Faith builds her Focus Shield meter which provides protection against incoming fire, this encourages stylized movements during combat situations.

The entire upgrade system is downright painful. The majority of unlocks are simple moves that should have been available from the beginning such as running up a wall, turning around and jumping, or a simple leg tuck to clear a railing. It’s unnecessary and comes off as gimmicky.

“The entire upgrade system is downright painful. The majority of unlocks are simple moves that should have been available from the beginning such as running up a wall, turning around and jumping, or a simple leg tuck to clear a railing.”

Vast improvements have been made in the way of movement in Catalyst, free running across rooftops feels fluid and there’s a deep sense of satisfaction watching Faith dash through routes with extreme precision. Every parkour move is done with the top bumper but it’s responsive enough to recognize what move you’re trying to pull off. Catalyst focuses on making a smooth frame-rate throughout but at the expense of the textures. While the game performs well with drops happening few and far between, the trade-off is textures of characters and the city appears bland. There needs to be some improvement to give textures crisp detail. 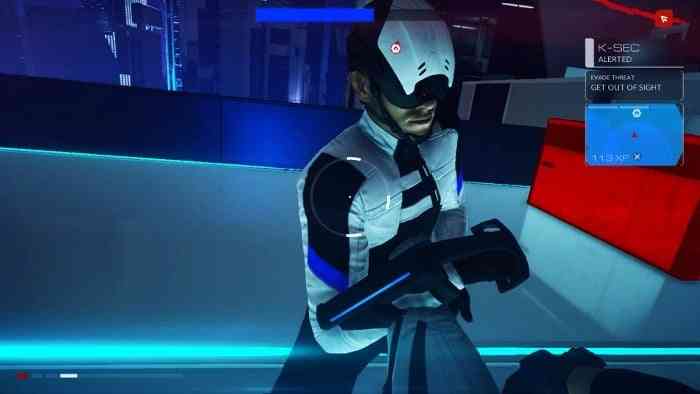 Overall, Mirrors Edge: Catalyst isn’t a bad game, it takes what the original did and amps it up in every way possible. The mechanics feel polished and the freedom to go anywhere makes for hours of gameplay exploring secret areas. Catalyst just needs to improve the delivery of combat and do away with the redundant upgrade tree. While the textures are lacklustre, the result is smoother running performance and for a game that requires the utmost precision while thinking on your feet, that’s forgivable. For what it is, pure open world parkour bliss, Catalyst is worth the price tag, if you’re a fan of the original Mirror’s Edge even more power to you. 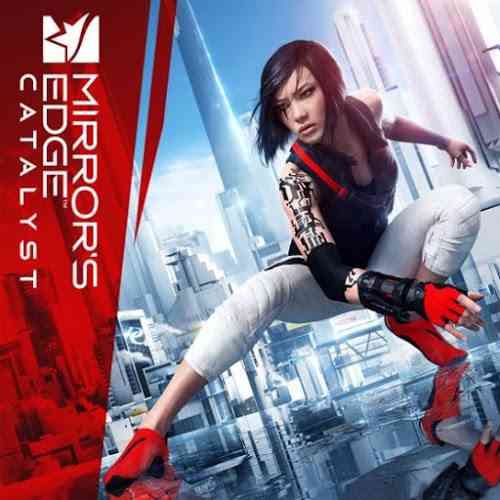