Raiden V Review – Shot Down In A Hail of Bullets

Blowing up a ton of stuff is at the core of most modern video games. Think about old school arcade titles – Galaga, Metal Slug, Sunset Riders – they all revolve around wiping out everything in your path while avoiding a hail of bullets. Another title of that ilk and of great repute is Raiden, a top-down bullet hell with a dizzying amount of onscreen action. The latest in the series is Raiden V. Is it worth its weight in bullets, or is it destined to crash and burn? 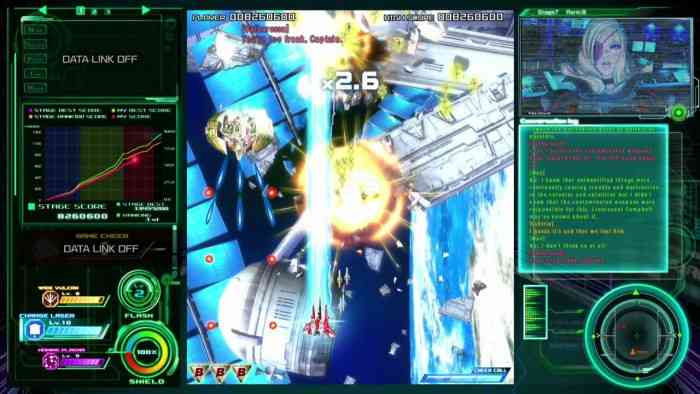 Let’s be honest here, if you’ve played any of a number of games – 1942, Ikaruga, or R-Type for example – you have a decent idea of how Raiden V plays. You command one of three ships in a vertically scrolling, stage based arena. Your mission is to destroy everything while avoiding a lot of freakin’ projectiles. You’ll die. A lot. Even normal difficulty is a massive challenge, as the sheer volume of incoming fire is staggering. Of course, enemies all have patterns, and recognition of those patterns is the key to survival. Fortunately, the game allows you to continue infinitely if you die, giving you the chance to practice against formations in the late game before attempting a massive score run. The game also offers a practice mode in which the enemies don’t shoot at you, a boon for those who NEED that high score. 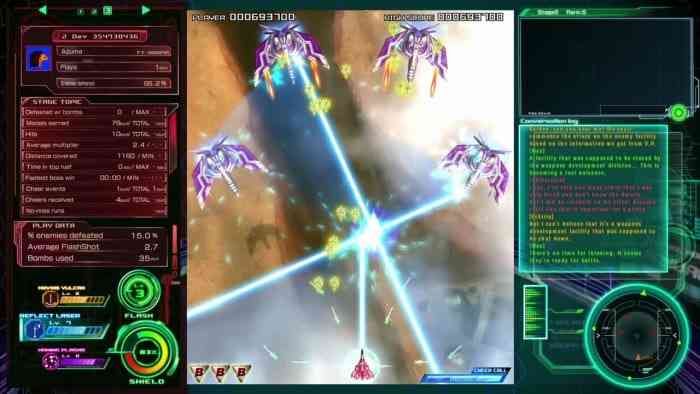 The one gameplay wrinkle is the ‘cheer’ system. Occasionally, a popup notifies you that someone has hit some gameplay milestone. By ‘cheering’ this accomplishment, you charge up your own cheer bar. Eventually, you can call an additional ship to temporarily aid you with giant missiles. I appreciated the extra fire power, but the games’ wandering focus was more distracting than helpful.

The three ships differ slightly in speed, armor and power, and each carries its own sub weapon. In practice there’s not a huge difference between the three, though the Azuma’s homing rockets are clearly the best sub weapon. There are also 3 categories of weapons – vulcan cannons, lasers, and plasma – each of which has 3 subtypes. Yeah, it’s a lot of 3’s. Each weapon has quirks, and some are simply easier to use than others. Upgrades drop randomly along the way, and is the only way to swap weapons. My personal favorite is the homing plasma, which auto targets enemies and allows for more focus on avoiding attacks. 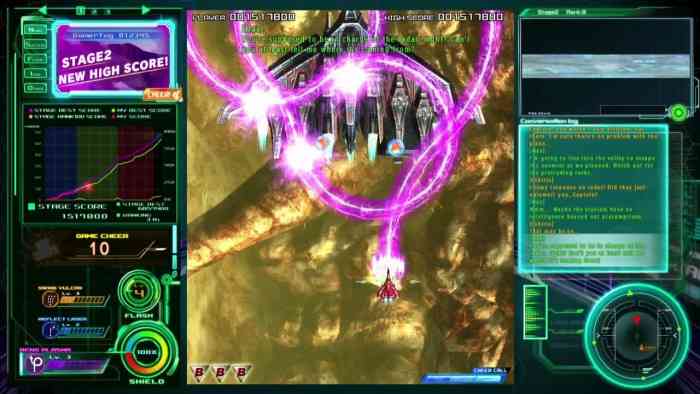 Speaking of avoiding attacks, I think Raiden V would be easier to play with a fight stick. The Xbox One’s joysticks don’t offer enough precision and feel at times, and a more tactile stick would likely do wonders in the accidental death department. A different control surface wouldn’t change some of Raiden V’s other problems though.

Vulcan weapons are effective, but the downside is that they obscure most of the screen, and are a rather similar color to many enemy projectiles. I found myself getting hit by fire I simply couldn’t see, and that’s a pretty frustrating thing. The game also takes advantage of cheap shots, with enemies firing at you from offscreen at acute angles. I got used to dodging those attacks eventually, but it feels like artificial difficulty inflation. A truly fair fight is always much more satisfying in the end.

“The translation is unbelievably, hilariously bad.”

The end, by the way, comes very soon. A full run through of the game takes about an hour and though these types of games are meant to be replayed many times, that’s a pretty miniscule amount of content. There’s a single hidden boss in the final stage, but the game is completely linear outside that one case. A little more of the Star Fox style ‘find the hidden exit’ branching would definitely keep the game fresher in the long run.

I must now take a moment to acknowledge the storyline. From what I gather there’s a ‘contamination’ on the Earth, and it’s up to Raiden (the name is used to reference both the player and a squadron of other fighters you never see) to stop it. The translation is unbelievably, hilariously bad – so poor I can’t really tell if it’s supposed to be that way. It’s rotten with incorrect grammar and weird phrasing, and was ultimately super distracting. The voice overs are typical over-the-top anime style, but I can’t believe the voice actors simply went with the dialogue as written. For example, from the intro: “In order to speed up their attack by even a little, the ultimate anti-crystal weapons, the treasures of mankind, the Fighting Thunders, have been waiting spread out next to the warship.” I rest my case. 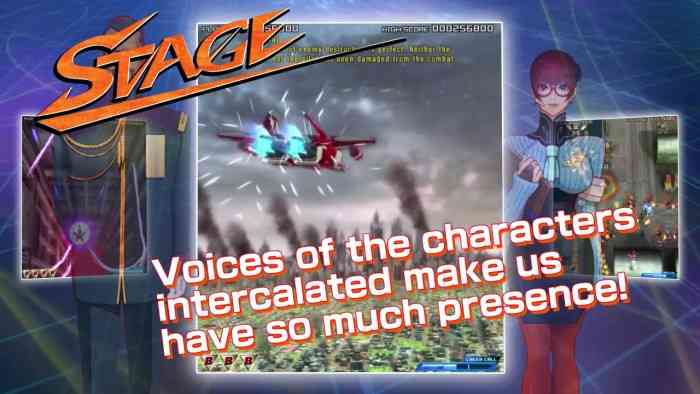 Though I had a decent time playing Raiden V, the game ultimately fails to deliver anything that I couldn’t already get elsewhere. If you’re looking for brutal difficulty and bullet hell, you’d be better served checking out Nuclear Throne or the excellent Enter the Gungeon thanks to their variety. For hardcore genre fans Raiden V might be worth a look, but there’s a pretty thin amount of content on tap here, especially considering the price. 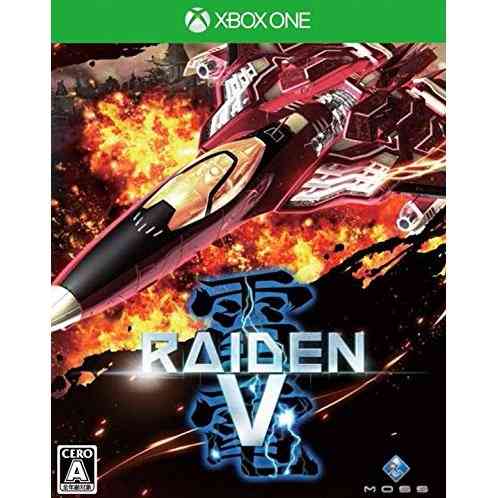 Weird West Video Review – A Fist Full of Freedom
Next Soft Body Review – A Game that will… Soften Your Body?
Previous Mirror’s Edge Catalyst Review – Freerunning All The Way to Mediocrity