It was probably a cold day in the winter of 1982 when Microsoft shared with the world its first Flight Simulator. It was a technical demonstration of what a modern CPU could do at the time, future facing it would also highlight where we could go.

Fast forward nearly 38 years later and we find ourselves at the destination Microsoft wanted. With Bing’s satellite imagery and other topographical and real-time data, plus the work of many engineers, Microsoft Flight Simulator feels like a near 1:1 creation of our world in flight.

As a person not savvy or steeped in the world of aviation, I did what anyone might do when firing up our planet in a virtual space. I wanted to fly over my house.

Flight comes with many planes to choose from, broken up by type (propeller vs jet, for instance). The act of flying has meaningful physics like wind speed, weather, you name it. It’s all here to grapple with. All weather is all available as live (streaming data from weather services) or you can set the world up exactly how you like, controlling day and night cycles, wind speed, etc. For my first flight I chose live weather.

Gearing up and taking off from my local airport was breezy with Microsoft’s Pilot A.I. assisting me. For those that want direct control of their yokes, rolls, and various attitudes, you can scale your assistance as high as you need or turn it off completely. Everything within an airplane that is controllable is accessible. There are knobs for days, instrument panels I still don’t know what to do with and a bevvy of information coming in via Air Traffic Controllers. 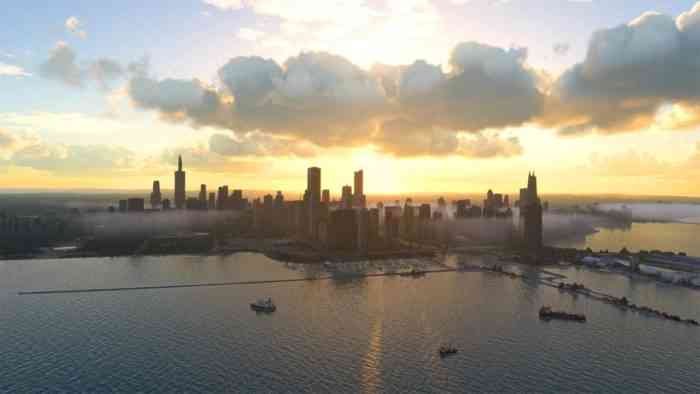 If you’re new it can seem overwhelming, but Microsoft does a great job at letting you put your focus where you want through very clear options that you can modify any time, even in flight.

So here I was at my local airport. I took off and marvelled at the incredible realism of an area I’ve been to many times. This wasn’t just Google Maps screenshots stitched together as ground. There were buildings, trees, cascading shadows, other planes awaiting takeoff, sunlight refracting over the water. It was breathtaking.

I curved my plane north and flew over my old downtown apartment. My girlfriend walked by and marvelled at the fidelity. She asked to hang out as I flew my little Cessna ever forward. She stayed with me while I flew over our current house, able to spot our roof from a low altitude of 1200 feet. She gasped and pointed at the tiny hidden beach we went to last week to get away from COVID. It was clearly visible, down to the rocky area she’d wanted to explore.

From there the journey took me down a memory road. I flew over my old high school, my parent’s house, and then farther, to the town my girlfriend and I met in. We flew over her grandparents’ old home, and the house she used to live in. It was both surreal and delightful.

I crashed a few times, even on easy, as my aviation skills are non-existent. But Flight never punished me for it. I quickly restarted — this time changing my airport to Barcelona’s El Prat (BCN).

Barcelona was a special trip for my girlfriend and I, so getting to see the castle we hiked up to, and the view of the shipyards I knew so well, was astounding.

And to me that’s what Microsoft Flight Simulator excels at (no pun intended there). I’ve stared at the world through a VR headset and stood on the Empire State Building in Google’s Earth VR experiment. But never have I moved through a world that felt so real before. Cars move across the roads and clouds roll across mountains as I dipped my plane’s nose below the horizon line.

Flying in Flight is a serene experience. It’s not divorced from everything happening in the world today. Like Animal Crossing, it comes out at a time where a lot of us can’t see our families or don’t know when we’ll be on a plane to travel somewhere exciting again.

It’s more than a game. Sure there are planes you can buy, events you can take part in, or modules to complete to learn more about flying, but for me what shines above all else is Microsoft’s commitment to rendering our world at a level we haven’t seen yet.

If you fly low you might catch little details like a pool or a park you didn’t know about. And while it’s not perfect all the time (there were some places where buildings looked flubbed in), it’s so much right that it doesn’t matter.

I truly wonder what will come next for Flight. Whether this simulator becomes a new defacto standard for this technology, or if Microsoft will take this marriage of game engine with satellite and real time data into something even richer as an experience. For now, I’m enjoying flying from LAX, seeing my brother’s neighborhood in Newport Beach, and heading southward to Maui to see the Road to Hana again. 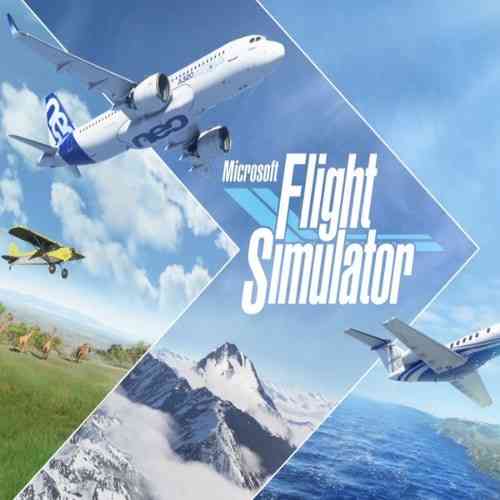