Rash, Zitz, and Pimple have finally returned to the gaming scene, bringing with them a brand new Battletoads experience. The iconic characters from the early 90’s keep the laughs coming with self-deprecating humor, fourth wall breaks, witty putdowns, and ironic observations. The humor of the original Battletoads isn’t lost on this latest title, and it seems to have been developed with the humor of the original in mind. While Battletoads isn’t specifically titled Battletoads 2, the events of the game follow plot elements of the original. Battletoads has been a lapsed series since the 90’s other than releases such as the Rare Replay so Rare had a challenge on their hands when reintroducing the series to today’s gamers. While gamers today may not be familiar with the franchise, beat ‘em up games are still popular, and Battletoads takes what makes beat ‘em up games great and adds the wacky Battletoad humor to the formula.

The best way to enjoy this experience is through co-op with up to two other friends. If you’re unable to pull a group together to play through Battletoads, it’s still a competent experience, but if you’re looking for the best way to play the game, co-op is the way to go. Each stage includes several collectibles and side activities to focus on. Being able to accumulate all of the collectibles will reward achievements such as “Scratching an Itch” and “Making Progress.” The stages also have a speedrun time that will reward an additional collectible as well, so if you want all of the collectibles, it isn’t enough to collect them all, you need to rush through levels as well.

The rich, vibrant hand-drawn cartoon art style initially turned a lot of fans of the original Battletoads off, but don’t let these colorful visuals fool you, this title can be equally unforgiving. The visuals are reminiscent of Cuphead in the sense that it’s a beautiful game that is also difficult. Another similarity between Battletoads and Cuphead is the unique character design that is often reminiscent of Ren & Stimpy or Rick and Morty. These unique enemies make it impossible for Battletoads haters to scream unoriginality. The enemies are built around a specific stage or act so you’ll only see familiar faces for a brief period of time before meeting new characters. 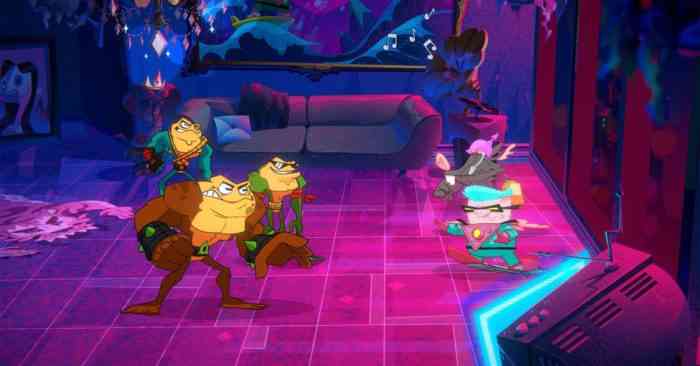 Each cinematic in Battletoads is humorous and it keeps gamers from raging at the difficult game. These humorous moments aren’t limited to the cinematics though, as there are gameplay segments that both show off the personality of the titular Battletoads and the hilarity of this overdue sequel. Battletoads isn’t afraid to poke fun at itself and Rare Studios has entertained me multiple times at their expense. The characters, plot, and art design are reminiscent of early 00’s cartoons, but it has a wicked soundtrack that’s befitting of a Battletoads game. Similar to the soundtrack, the sound effects of Battletoads are fittingly disgusting just like the original title.

The gameplay of this Battletoads title is more similar to beat ‘em up titles such as Charlie Murder or Streets of Rage 4 than the original NES title. You can choose between Tadpole mode (easy), Toad mode (normal), and Battletoad mode (hard) in the latest Battletoads title. Tadpole and Toad mode both offer invincibility options, but you’re on your own with Battletoad mode. Fans of the original title might want to automatically start with Battletoad mode considering the difficulty of the NES classic, but it’s definitely possible to fail in Toad or Tadpole mode as well. Changing the difficulty will change the health and strength of enemies, as well as the length of respawn timers. This Battletoads presents a great challenge for those looking for a game similar to the original without excluding gamers who are more interested in the story, puzzle-solving, or combat.

This Isn’t Your Grandfather’s Battletoads

The trio of Battletoads each plays differently in this new title from Rare Studios, bringing replayability to Rare’s new installment in the franchise. Zitz is the fast, ninja-like Toad, trading strength for the ability to dash around the battlefield with ease. Pimple, on the other hand, is a slower Toad who trades speed for power due to his buff physique. Finally, Rash is the optimal choice for gamers who don’t have a preference between the Toads due to the fact that he’s the perfect middle man. The gameplay is further changed up by the Toads with abilities that are mapped to the B button, with Pimple charging at enemies like a train or swinging around an oversized fish to hit enemies around him, and Rash booting protected enemies with a mangled green foot and hitting surrounding enemies by playing an arcade cabinet that suddenly appears. These attacks have the same effect on enemies, but it’s another way that Rare Studios have distinguished each Toad as their own person. 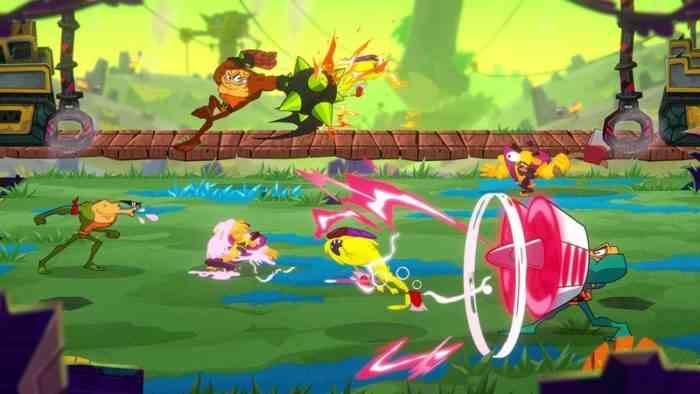 The latest installment in the Battletoads series has given the original trio of Toads a glow up from the NES original. While some people may be turned off by the colourful, cartoonish art style, it didn’t take me long to appreciate it as one of the important differences the game needed to make in moving to current-gen consoles. This Battletoads is just as difficult in the original if you’re playing on Battletoad mode, but if you’re looking for an easier time through this beat ‘em up, Rare has a solution with Tadpole and Toad modes. This makes it nearly impossible to exclude people who aren’t speedrunners or perfectionists.

This is a must-try for Game Pass subscribers, especially if they’ve played the original. The soundtrack, sound effects, and character design are all picture-perfect, but it still has its issues. The biggest issue with Battletoads is questionable button mapping, with B specifically mapped to multiple actions. This button mapping left me frustrated multiple times when the Battletoads don’t do what I expected them to do. While most of the other buttons are perfectly mapped, the B mappings are far from it. When you’re looking for a stun, but you get an area of effect attack, there’s something wrong with the button mapping.

Battletoads has a fun story, great soundtrack, disgusting sound effects, beautiful visuals, and radical characters, but the gameplay does suffer mostly from questionable button mapping. Despite some of these concerns, Rare Studios has finally released a competent successor for fans to enjoy after roughly twenty-nine years of waiting.

***Xbox One code provided by developer*** 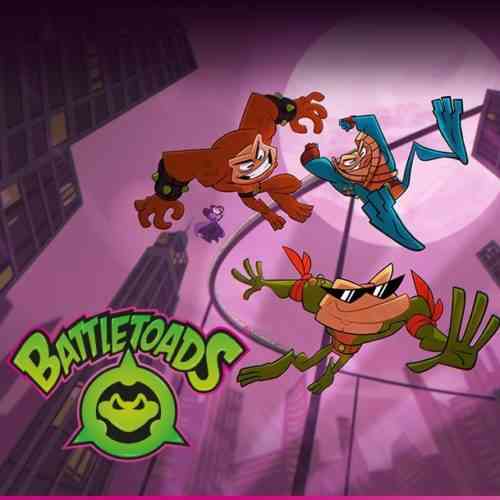