Dark Souls has cast a long shadow over the gaming world. Ever since its release in 2011, players and developers alike have been chasing that blissful high. Now, in this cursed year of 2020, I posit that we’re allowed to move on. No one’s making us re-skin and re-ship this game anymore! The guns are back in their holsters, the hostages have been released. That’s not to say that Mortal Shell is a bad game, exactly. This is a faithful, detailed love letter to a titan in the industry, a literal game-changer. This is Dark Souls right down to the wallpaper glue. But do we need this breed of beast anymore?

I’m not mincing words here, either. This is fully Dark Souls. For some of you, this is the part where you stop reading the review, and immediately download the game. And that’s totally fine! For the rest, here’s the skinny: you play a nameless muscle mannequin who takes over empty corpses to navigate and survive a hellish world. The map is interconnected, the lore is extensive, and the environments are delightfully dreadful. You harvest Tar from your opponents, lose it all when you die, and super lose it when you die a second time. There are a couple of differences between this and Dark Souls, however.

Dark Souls lets you grind levels and boost your stats. It’s a pleasant fiction, an illusion that protects you from your own stunted skills. No matter how strong you get, a well-timed combo can still wreck your whole day. Mortal Shell is just like that! Only there’s no levels and no level grinding. You can spend your Tar to upgrade shells, but they’re tiny bonuses that do little to keep you alive. You have multiple shells to inhabit, but there’s a toll for switching from one to the other. You have skills beyond slash and dodge, but they’re very difficult to implement in real time. In fact, if one were to sum up Mortal Souls in a sentiment, it would be “what if Dark Souls but hard?” 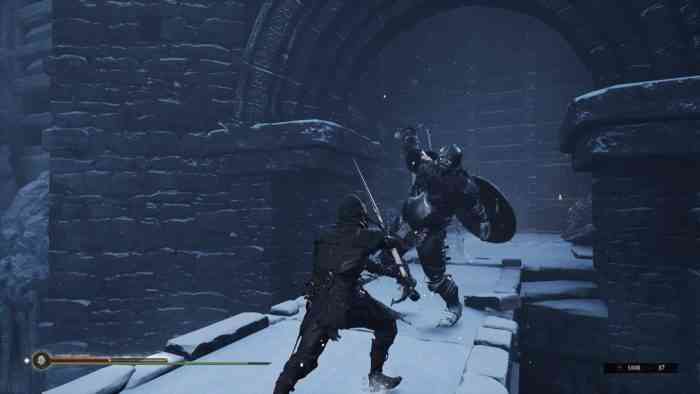 Again, this is surely music to the ears of some of you. “A harder Dark Souls, you say?” There is palpable excitement in your tone. Maybe you’ve beaten one of the Soulsborne games with a dance pad, or a guitar, or those bongo drums from the GameCube. For you, the hardcore crowd, Mortal Shell will be a blessing from on high. I cannot say the same for anyone not baptized in From Software’s murky, bloodstained waters. If the slow, deliberate movements and savage counter strikes from the old days hold a special place in your heart, you will love it here. Personally, I’m more at home with breezier moves, with shields, with stats you can improve. Actually, let’s go back to the shields thing.

Instead of a traditional shield, you can harden your whole body for a second or two. This takes time to recharge however, so you’ve got to time it perfectly. Or you can use a parry charm, which also requires perfect timing. In other words, you can’t just turtle to buy yourself time. I found myself running away a lot, and even that is fraught with danger. If you’ve just used up a bunch of stamina, you might get a few steps before you’re slowed to a crawl. Then of course a giant spear pierces your abdomen and we get to do this whole dizzy dance one more time. Also, getting hit too hard cancels your lock-on, which makes all your movements more unfocused. Maybe you meant to roll away, but now you’re slamming into a tree trunk instead. Now you’re dead again. If you mash the strike button, you get locked into the animation, which leads to your death, because you’re hitting nothing instead of dodging. Sound familiar?

Death Around Every Corner

Dark Souls had all these fun quirks back in 2011, which is why every successive release improved things. Moves got faster, you got more attack options, the controls tightened up, but the battles were still brutal. This is the problem with paying homage to an incredibly influential game. Sometimes that game is nine years old! Sometimes the secret sauce that made that game so good is more nebulous, more ethereal than you realized. In the same way it’s hard to go back to the original Dark Souls, it’s harder to get into games that are based on the original Dark Souls.

On the other hand, Mortal Shell is a massive aesthetic glow-up compared to the bad old days of 2011. Your character looks amazing, the animations are fluid, and the world is quite beautiful. Even the basic enemies are detailed enough to keep you immersed. Nasty bosses can be heard growling and snuffling from a muffled distance, while the voice acting is clean and crisp. When a bear trap crushes your leg for the sixth time, it still sounds great. You can practically hear it embedding in your bones! While the gameplay is frustrating by careful design, your suffering will at least look and sound terrific.

My grievances with Mortal Shell aren’t tied to the game’s difficulty. That’s a feature, not a bug. We’re meant to gnash our teeth, to wail in misery at the washed out skies. I’m not even bothered by the massive From Software logo that’s mostly been filed off. I just wish the tether wasn’t stretched all the way back to 2011. We’ve made such strides in our Soulsborne suffering since then! It’s more nuanced, more exquisite than ever before! If your goal is to pummel your players into a state of Sisyphean ecstasy, you have a multitude of tools at your disposal. For the hardcore crowd that’s made it this far, congratulations! You will love this game, no two ways about it. For everyone else, heed my warning: Mortal Shell is just as brutal and beautiful as you’re imagining. 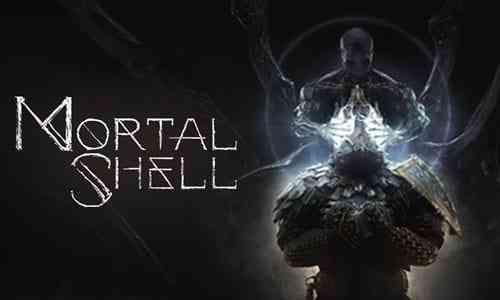 The Entropy Centre – A Portal By Any Other Name