Helheim Hassle Review – On the Highway to Hell

Taking place on the same Tuesday as Manual Samuel, Perfectly Paranormal has expanded their universe with the unique puzzle-platformer Helheim Hassle. With a slew of games set in the Norse world, can this raise its glass of grog above the others?

Most Vikings vie to one day reside in Valhalla. Being with the brave fallen warriors is the epitome of honor but our protagonist Bjørn is not a typical Viking. Accidentally dying in a cowardly fashion, Bjørn ends up with the douchebags in Valhalla. Frustrated and annoyed, he wants out. Luckily, Pesto, one of the four horsemen of the apocalypse, resurrects Bjørn and what ensues is one of the funniest, buddy adventures in recent times.

Upon being revived, Bjørn begins to notice some differences. He can now detach and reattach his limbs. Realizing the benefits of this, Pesto asks for his assistance in collecting a sword from Helheim for her boss Satan, to which Bjørn agrees providing Pesto helps him leave Valhalla for good. It’s an odd premise but each step of the 7 to 10 hour journey to Helheim is full of frolics and fun.

Rearranging Bjørn’s physical form is the key to success. From lobbing your head through tight areas to hopping across precarious platforms, each body part is unique and implemented effectively. Not only do they work independently, creating limb combinations is where the game excels. Each limb feels different when controlling them. As a full-body Viking, you’re a little sluggish but lob off your head and you start to move faster. As a pair of arms, you can quickly swing across poles and as a leg, you can bound to heights that you may have previously deemed unreachable. Any of the limbs combine to create a hideous avatar for you to navigate through those pesky puzzles.

The game’s core mechanics are constantly developed throughout the entirety of the campaign. Each of the game’s 14 levels has an interesting design and logically builds on the mechanics that proceeded, making each area feel different and fresh. From snowy hills to fiery depths, the vast environments used maintain engagement and make for the perfect backdrop to house the 80+ hilarious characters. The puzzles get progressively harder but never to a point where the average gamer would struggle. Challenge comes when exploring and finding secrets, some of which will leave you scratching your disembodied head for hours. Scattered across your journey is a vast number of Easter Eggs which are definitely worth taking the time to discover. Not only are they amusing, but they are also extremely fun and give you more reason to extend you vacation in Valhalla. 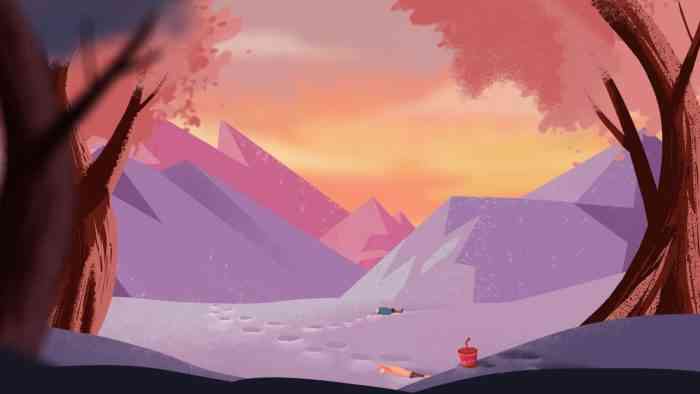 Focusing on controls, you need to use each direction on the D-pad in order to control a particular limb. Switching body parts is a little cumbersome. There are plenty of ways to do this (right analogue, shoulder buttons, D-pad); none are without flaws. Some puzzles are time-related and as a result, you may be stuck re-doing them due to issues with controls rather than skill level.

A Laugh a Minute

Humor in Helheim Hassle is at the forefront of the game. Pesto, voiced by Lynda Kluck, is absolutely brilliant. Her continuous jabbering and moaning is a delight to endure. Supporting characters follow in this trend and add absurdity to this odd adventure. From 80s hair metal Gods to cockney goblins, each character is designed and voiced to perfection. Perfectly Paranormal have not only built a world but are also creating a universe of strange and innovative characters. Fans of their previous title, Manual Samuel, may even be in for a little surprise whilst venturing across Helheim.

Taking inspiration from Cartoon Network, the art style is reminiscent of modern era cartoons. The bright and vivid design accompanied by the slick animation makes the game look and feel polished. Expressive characters mixed with its Terry Pratchet-esque, self-aware humor makes for a truly memorable experience.

Pulling off your head and lobbing it deep into a dark and dingy crevasse has never been so much fun. With over 90 puzzles, an array of crazy characters, witty dialogue and unique mechanics, a trip to Helheim is definitely worth the trek. Its quirky and intriguing spin on the Norse world is fascinating and due to this, it can proudly raise its glass of grog up high and bellow “Skol” at the top of its lungs. 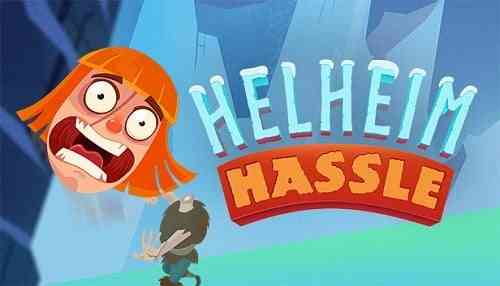 Hooded Horse’s Fata Deum Has Been Delayed Into 2023
Next Mortal Shell Review – Masochists Only, Please
Previous Banner of the Maid Review – Victory Belongs to the Most Persevering