Banner of the Maid Review – Victory Belongs to the Most Persevering

Banner of the Maid Review

What’s interesting about Banner of the Maid is that it’s nothing you would expect at first. It is a game with cute anime-style characters, voiced in Chinese, subtitled in English, and based on the historical events that took place around the French Revolution in the late 18th to early 19th century. While it feels like none of these traits have anything in common with one another, it actually works well once you get past the initial surprise. It is a story about what could have happened instead, and presents an alternate timeline to a fascinating time. Understandably not everyone may be familiar with this moment in history, but if you know in general what happened and who Napoleon Bonaparte is, then there’s a chance you will be alright.

Our protagonist is young Pauline Bonaparte, Napoleon’s non-fictional sister playing a fictional role as a respectable officer in the French army. With her skills as a Maid, a woman with unusual powers often referred to be akin to witchcraft, she successfully commands various types of troops while maintaining a balance between political connections and support from several factions in Paris. Fighting alongside her are notable historical figures such as Desaix and D’Eon, and supporting her are characters like Robespierre and Marie Antoinette. It is through these established relationships where Pauline can level up her soldiers and purchase new skills and weapons to help her secure victory in the battlefield.

Fighting Amongst the Nobles

The combat system introduced in Banner of the Maid is relatively simple to navigate, yet the battles are challenging enough where careful planning is required. As a turn-based strategy game, your turn involves Pauline commanding every troop she has on the isometric field. Each troop has their own strengths and weaknesses, as well as movement limitations and firing range, so there is a need to plan ahead and think of the potential risks involved. Every battle has its own victory requirements (for example, you must defeat the opponent within six turns), and failing to meet those requirements will result in defeat.

To obtain better weapons and tools, you will have to appease the different factions within France in order to visit their shop. There will be opportunities in the game where you must make a choice to speak well of certain people over others, which will improve your reputation with them. Completing quests for these factions can also help boost up your standing, as each faction provides different upgrades for Pauline’s army. Of course, acquiring items often requires money, of which you can gain through battles and side quests. Unfortunately, money definitely does not grow on trees in this game and the price of bread is rightfully expensive, so choose your upgrades and purchases wisely.

The nature of the game can be repetitive, and the attempts Banner of the Maid makes to spice up the combat is as helpful as can be. Each battle can be drawn out quite long, and re-strategizing is necessary to succeed. There is also the option to grind through side quests that were created for the purpose of farming experience points if you feel your soldiers may not be strong enough for the current task. Even though you do not earn money for those types of quests, it is a nice way to practice your offensive and defensive abilities. 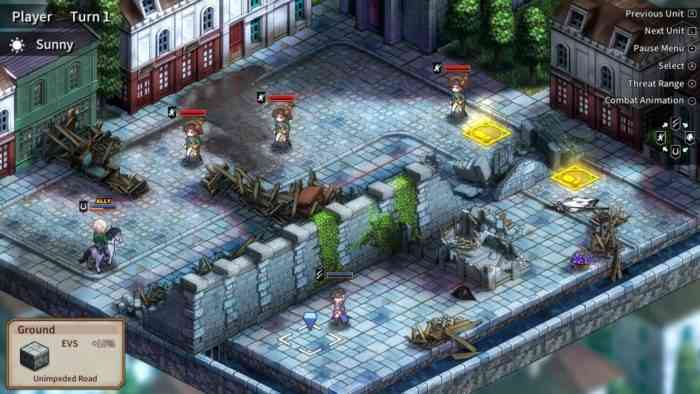 Although the game was not entirely historically accurate, playing through some of the events as Pauline and meeting well-known figures of the 18th to 19th century was an interesting experience. It was a nice bonus that almost everyone was an attractively designed character with stylish clothes and unique hairstyles. With mentions of famous places and even subtle nods to character relationships like Napoleon and Josephine’s possible romance, Banner of the Maid spared no details and showed they knew what they were doing.

However, having the French Revolution as a backdrop for the game’s plot meant Banner of the Maid expected players to know enough, otherwise the story would not make much sense. Truthfully speaking though, the plot itself could have been more exciting. Instead, it was overshadowed by the engaging battles, which isn’t necessarily a negative thing but for an RPG with visual novel storytelling elements, it was quite a disappointment. I’m not certain if this was due to the story being translated from its Chinese counterpart, but there were moments where I felt they missed out on some explanations. The plot was present but it didn’t dive deep enough for me to personally feel anything for it.

Although the narrative was lacking and required some knowledge of the French Revolution in order for players to be fully immersed in the game, Banner of the Maid presented such a thoughtful strategy RPG that I looked forward to every single battle. The characters and visuals were excellent, the girls were cute, the guys were handsome, and being able to play as a powerful female lead was a great experience. Despite the weak storytelling and lengthy drawn-out battles, Banner of the Maid proved to be an excellent challenge and remains a game I struggle to put down at night. 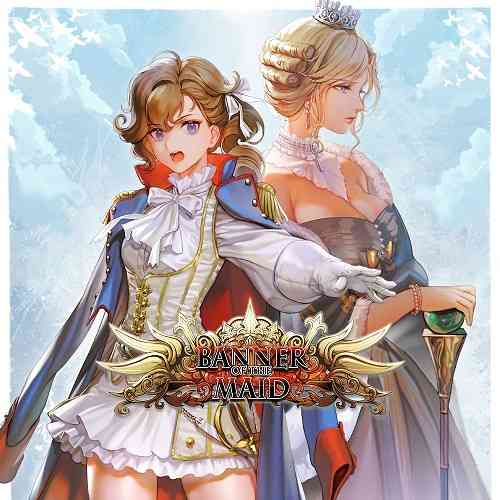