The NES Mega Man games are among the most important platformers of all time. They’re often considered the pinnacle of extremely difficult NES games, which weren’t unfair. The player only suffered due to their lack of skill, in a time where cheap deaths were designed to eat quarters. Capcom, never a company to turn down a good Mega Man celebration, are releasing The Mega Man Legacy Collection to specifically highlight Mega Man’s impact on the NES. Although this collection is light on games compared to other Mega Man collections of the past, it is undoubtedly the most packed with extra features.

If you’ve never played a Mega Man game, know that they are traditional left to right platformers. The player shoots bullets from their gun arm at robot villains, and at the end of each level there is a powerful boss. The Mega Man series was not about speed like Super Mario Bros., or exploration like Metroid, rather it was about creating very difficult levels. What made the Mega Man series stand out is that each game’s levels could be played in any order, and the final level could only be accessed once all the others were beaten. Upon beating each level’s boss, Mega Man gains a new attachment for his gun, which copies the attack of the boss he got it from. Figuring out which weapons were most effective on which bosses, and which order to play the bosses in, created a kind of strategy not seen in videogames before Mega Man’s time.

The versions of Mega Man 1-6 found within The Mega Man Legacy Collection are complete reproductions of the original games, and they play flawlessly! These are not ports, but complete re-builds. They look great, play perfectly, and should disappoint no longtime fan of the franchise.

“All of these features lead to a package created with lots of love. My only complaint is that only the NES Mega Man games are covered in this package.”

There are several new features to shake things up for fans who have played the original games to death. Challenge Mode gets players to tackle timed remixes of levels and bosses from the various games. It’s a great addition for veteran players looking for some extra potatoes with their meat. Mega Man Amiibos (original or gold) unlock 11 additional fan made Challenge Mode challenges.

The in-game Museum features tons of content. There are FULL soundtracks for all 6 games, and an impressively extensive library of artwork. The Museum at doesn’t just feature the usual concept sketches/ production work for the game’s main characters, rather every enemy is featured, boss or not. There is also hi-res box and cartridge art, which tied in with all the other art, makes for a very impressive Museum. 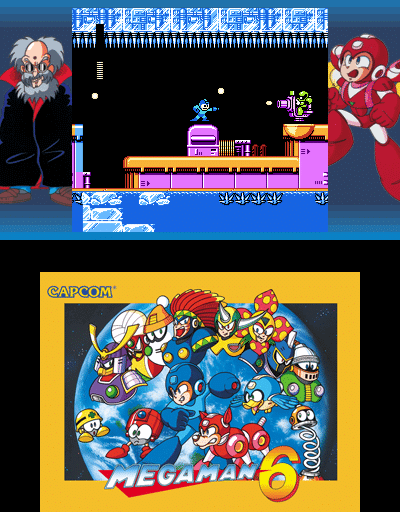 Each game also has a Database with hit and damage point stats for each enemy and boss. Boss Databases also tell you which weapons to use on them, so don’t look if you want to play like we used to back in the 80s. Having this information saved in-game is a very welcome addition.

And The Mega Man Legacy Collection’s options menu has the option to change all games/ art to Rockman instead of Mega Man (which is what Mega Man is known as in Japan). How cool is that!?

All of these features lead to a package created with lots of love. My only complaint is that only the NES Mega Man games are covered in this package. A Mega Man Anniversary Collection was released for the PS2, and it had 10 Mega Man games, including Mega Man 7 (originally for the SNES), and Mega Man 8 (originally for the PS1). It would also be great to see Mega Man 9 and 10 as playable games, as they were designed to perfectly recreate the look and feel of the 6 original NES games. 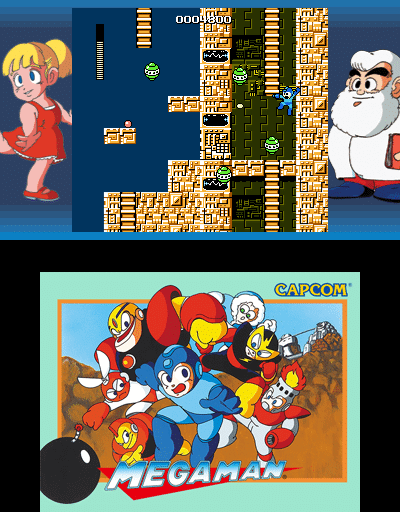 Whether you get The Mega Man Legacy Collection for the Nintendo 3DS, PlayStation 4, or Xbox One, it’s an expensive purchase (at the time of writing). The regular 3DS edition includes 2 3DS Mega Man themes, an 18 song soundtrack sampler (keep in mind the entire soundtrack of each game is found on cart), and 4 stickers. The 3DS Collector’s Edition (which is unfortunately sold out) also includes a Gold Mega Man Amiibo, and 6 postcards. Physical PS4 and XB1 copies include the soundtrack sampler, stickers, and a robot master cheat sheet.

The Mega Man Legacy Collection is a great retrospective for long time fans, and the perfect introduction to the series for curious new fans. The price tag is a little heavy for only 6 NES games, especially when past Mega Man collections have had more games, but the importance of the games, and quality of the extra content, make this one handsome package. 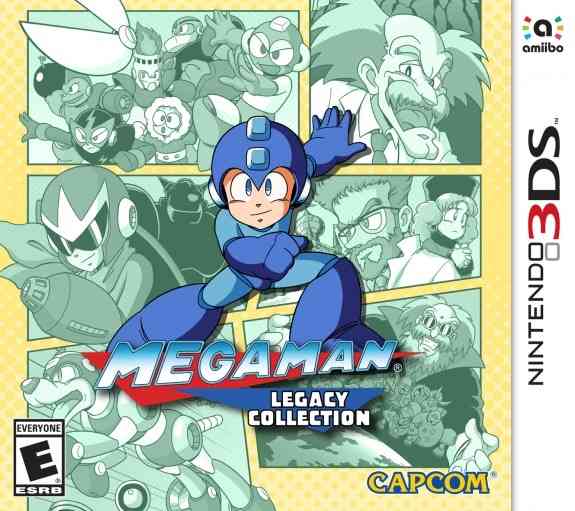