Mario Golf: Super Rush Review – A Swift Hole in One

Trading in his kart and tennis racket for a snazzy polo shirt and a set of golf clubs, Mario hits the green after a seven-year hiatus. Teeing up with brand new modes that promise to add pace to the sport, will this audacious release be birdie or a bogey?

Hitting the fairway feels great in Mario Golf: Super Rush. Although it doesn’t really differ much from its predecessors, the minor improvements help to make this an engaging and accessible iteration of the sport. Sizing up the power bar to unleash a momentous whack of the golf ball has never felt better and this is partly due to the dynamic meter.

Camelot has implemented an intuitive system that gives you the required information with a quick visual prompt. At the side of the screen is the meter which morphs depending on the ball’s positioning. If sitting on a hill, the bar bends to the side indicating the path the ball will follow, allowing you to easily compensate by altering your shot. After timing the strike, you can swiftly add the desired amount of spin with a flick of the right analog stick, creating a banana shot that even DK would be proud of.

With the overhead map, you can canvas courses for the fastest way to the flag. However, with the hole-scanning toolkit, you will be treated with a feast of information giving the ingredients required to perform the perfect shot. Due to courses existing in one large map, Mario Golf: Super Rush promotes the idea of experimenting with routes and shortcuts to get below par.

Following the trend of recent Nintendo titles, Mario Golf: Super Rush has a ton of customization options. Not only can you choose from three to eighteen hole courses but you can also alter your starting point varying each stroll through the green. In addition to this is the option to use motion controls. Although it does feel a little awkward and lacks the finesse of traditional controls, it’s a great way to introduce younger gamers to the franchise and could act as a gateway to golf. 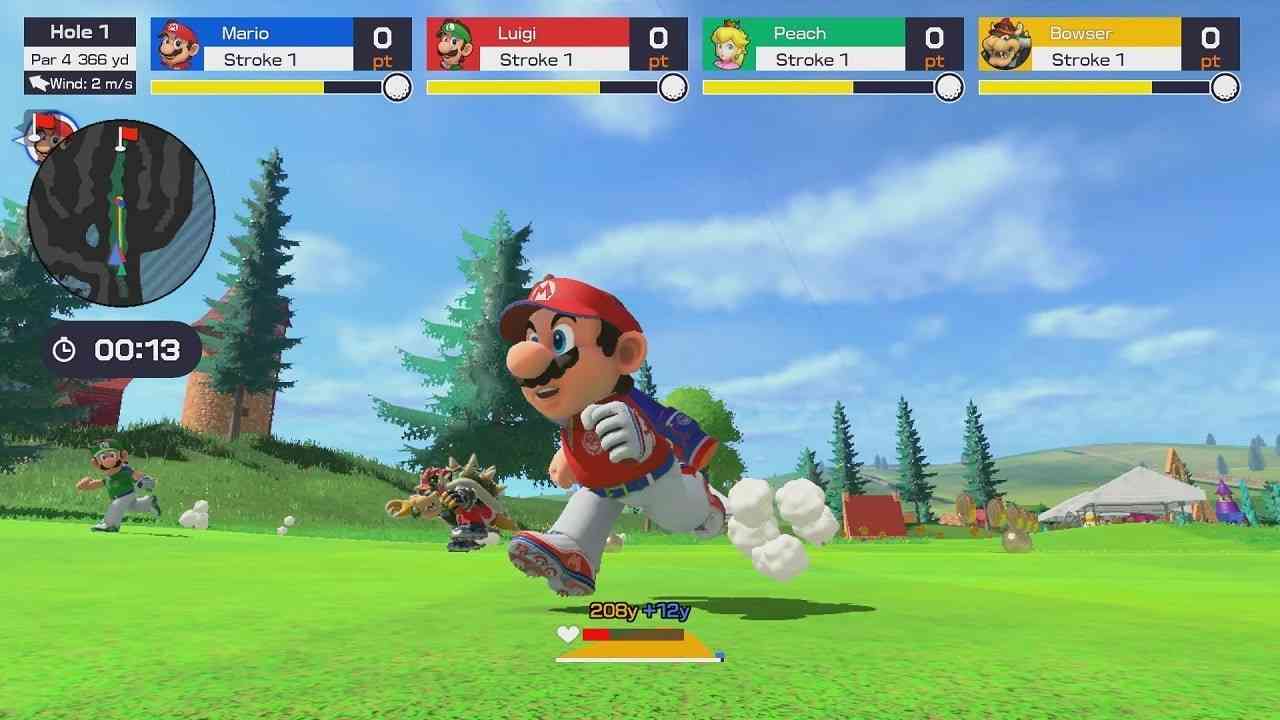 Stripping away the serene and calm nature of the sport is Speed Golf, a fast, chaotic mode, which is an absolute blast. Here you compete with up to four friends, in a frenzied race to the hole. Smash the ball into the distance and chase it down as quickly as you can until you reach the goal. Due to the stamina gauge, strategy is required otherwise you’ll be keeling over as others speed ahead. Dotted throughout the course are hearts that replenish a portion of stamina, allowing you to perform a super traversal maneuver that can smash your opponents into the rough.

Battle Golf positions players in a large arena that houses nine holes. With the objective to capture three of them, players are required to use speed, tactics and cunning to claim flags before others. Whether it’s King Bob-Omb’s circle of explosives, Luigi’s ice ability or Bowser Jr’s smokescreen, each character possesses a special shot that is perfectly suited for online and local multiplayer mayhem. 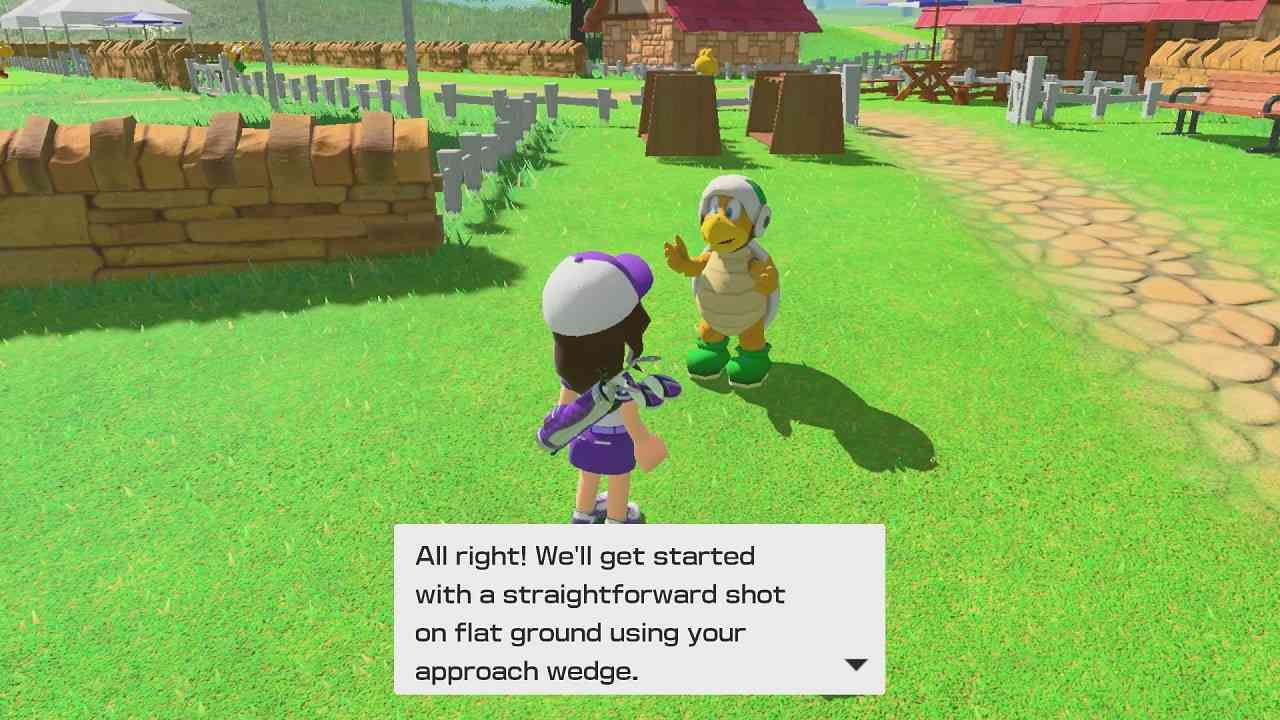 Although the story mode made its franchise debut on Mario Golf: World Tour, nobody could have expected the amount of content and depth in Golf Adventure mode. After customizing your Mii character, you will be able to peruse a lovely camp that encompasses a variety of options. Training challenges are a fun twist on a standard tutorial. Tasks include chipping the ball over a variety of hazards, landing on a scored target and much more. Each mini-game has been designed to help improve skills in a fun and engaging manner. Completion of training sessions and competitions grant EXP, which can be used to level up Mii characters so that they possess the desired skills and attributes. Scattered throughout the quaint town are characters who help to embed the game in the Nintendo universe and shops, granting the possibility to personalize clothing and kit. Taking part in tournaments that have special requirements and improving your character is a big draw for the mode but the most impressive aspect is the boss battles. Yes, Mario Golf: Super Rush will have you taking down several imposing characters in time-sensitive fights that will test your skills.

It Ain’t Easy Looking This Good

Camelot has designed each of the 16 characters in a way that suits the sport and their personality. From Wario’s checkered golf trousers and cowboy hat to Bowser’s sun visor and heavy metal-inspired attire, the characters feel reinvigorated compared to their labored representation in Mario Tennis Aces.

Although the environments are formulaic in terms of aesthetics, they are full of hazards and characters from Nintendo, helping to add variety to each course. Wind tunnels allow you to reach elevated platforms and Brolders roll around in an attempt to stifle your progress. Due to the multitude of environmental dangers, replaying courses to work out new methods to gain the lowest score is an addictive loop. With the promise of extra characters and courses being released as free updates, be prepared to have a Vardon grip on your Switch for a long time to come.

Mario Golf: Super Rush’s plethora of options and solid mechanics make this one of the greatest arcade golf video games to date. The inclusion of the exciting, speed-based Rush and Battle modes helps take the genre in a new direction that will appeal to gamers old and new. With an incredible story mode that will keep you hooked throughout and the returning cast of characters in fresh golfing garb, it’s clear Nintendo has hit a glorious stripe down the fairway. 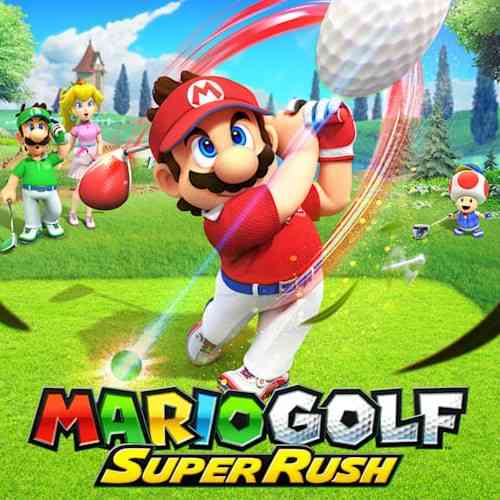 Kirby and the Forgotten Land Video Review – Breathe It All In