You’ve heard of steampunk. And cyberpunk. Thanks to Bandai Namco’s Scarlet Nexus, we can add “brain punk” to our lexicon of punk-associated terms. Set in a future in which augmented reality is everywhere, and telepathy is a common way to communicate, Scarlet Nexus leans hard into both its brain punk aesthetic and all the potential power and pitfalls of weaponizing the mind.

Depending on which character you select, the action RPG Scarlet Nexus follows the story of either Yuito Sumeragi or Kasane Randall as they train and fight for the Other Suppression Force (OSF), a special paramilitary outfit that uses the various mental abilities of its recruits to fight the Others. Monsters that appear from a low-atmosphere phenomenon called the Extinction Belt, the Others are terrorizing New Himuka, and members of the OSF use both standard weapons and mental abilities like pyrokinesis to battle them.

Where some games present the option of a male or female version of the main character, Scarlet Nexus crafts two entirely different campaigns for Yuito, who favors melee weapons, and Kasane, who uses thrown weapons. While some of the characters and most of the locations appear in both campaigns, and Kasane and Yuito fight together on occasion, their stories are unique, and it is absolutely worth playing the game twice to experience their very different story arcs. Both characters also possess telekinesis and can throw environmental objects using the power of their minds so that their combat styles overlap. 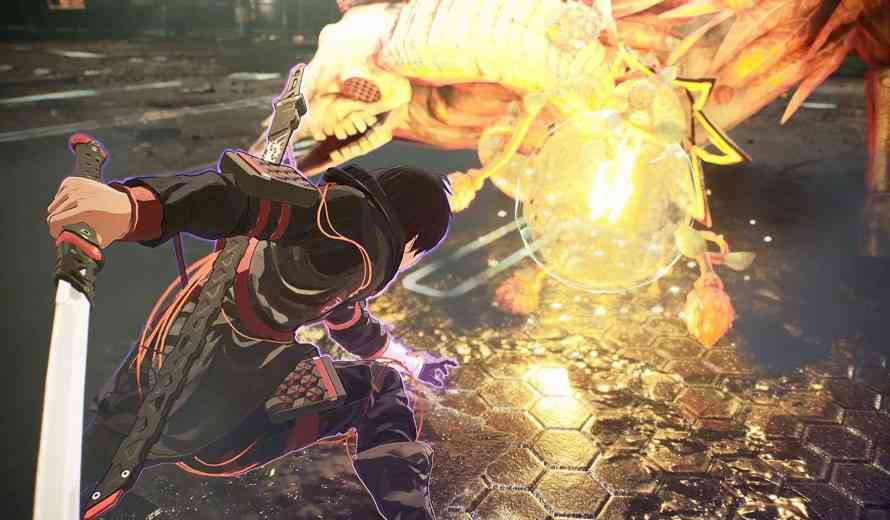 Although it is heavy on action, Scarlet Nexus focuses equally on its characters and their relationships. Kasane is an adopted member of the Randall family, an economically and politically powerful force behind the OSF. She is fiercely protective of her sister and fellow OSF cadet, Naomi. Scarlet Nexus takes considerable time to develop the relationships between its protagonists and the various other OSF cadets and leaders. While some of them feel a bit like outdated, one-dimensional anime tropes, many of the supporting cast are well-written and complex personalities in their own right. In between missions, the force returns to their hideout headquarters, and in these intermissions, Kasane can strengthen her relationships through conversation and gifts. Forging interpersonal connections outside of combat is important because when fighting Others, members of the OSF use a brain link to share each other’s powers, whether it be the ability to electrocute the enemy, throw fire weapons, detect hidden foes, or cloak themselves. The stronger the link between characters, the more powerful abilities become available.

Use Your Head (or at least your brain)

Now and then, the dialogue-heavy pacing begins to drag, not helped by the fact that it’s all told through static, cartoon panels. Still, Scarlet Nexus uses an impressive and extremely versatile combat system that mixes and matches melee and ranged combat with agile movement and special abilities when it comes to real-time action. For example, the brain powers are powerful but must be charged through melee combat, forcing the player to switch between styles constantly. Knowing the elemental weaknesses of enemies is important because it will determine which shared powered to tap into, but often battles involve several enemy types, so that encounters are engaging ballets of melee combat, mental abilities, shared powers, dodging, and jumping, and using consumables. Characters level up their abilities via a brain map, which is extensive but not too overwhelmingly deep. While the roster of enemy types soon becomes familiar, there is enough nuance and variety of approaching each encounter that combat remains exciting throughout the game. 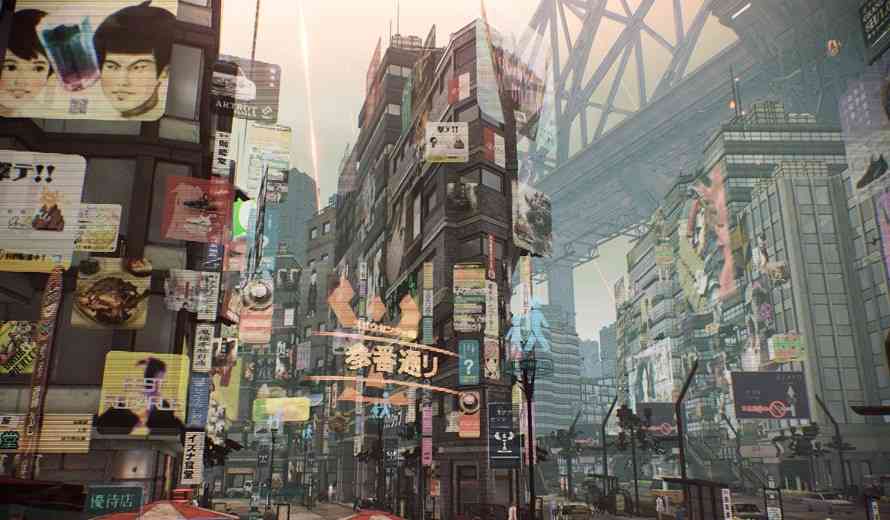 Aesthetically, Scarlet Nexus embraces an anime art style in both its character and environmental designs. The metropolis of New Himuka is a blend of traditional Japanese elements like temples and ancient graveyards nestled in a Blade Runner-esque cityscape of moving AR signs and constantly beckoning digital distractions. The voracious press intrudes into the aftermath of battles by sending drone reporters to hound the combatants for post-victory soundbites. The city streets are a bustle of visual noise. While the random pedestrians often have something to say, what they say is usually disappointingly pedestrian and rarely worth bothering to listen to. On the other hand, the battle areas are almost empty of non-monster life. They consist almost exclusively of visually repetitive, decrepit urban structures, ruined underground train tunnels, and the like. Although the many hours of character dialogue are voiced with youthful enthusiasm and often well written, there are also moments of cringe-inducing sexism that slide too easily into traditional gender roles and outmoded attitudes. That said, an equal number of the OSF are strong female combatants and leaders, and Kasane herself is often defiantly independent.

A mention should be made of Scarlet Nexus’ monster design which is often just…weird, like Others with flower arrangement heads bolted to goat legs wearing high heels. Surreal, curious, nightmarish, but not entirely outside the traditions of the JRPG genre, the monsters are still effective enemies despite their often surprising and confusing mix of visual elements. 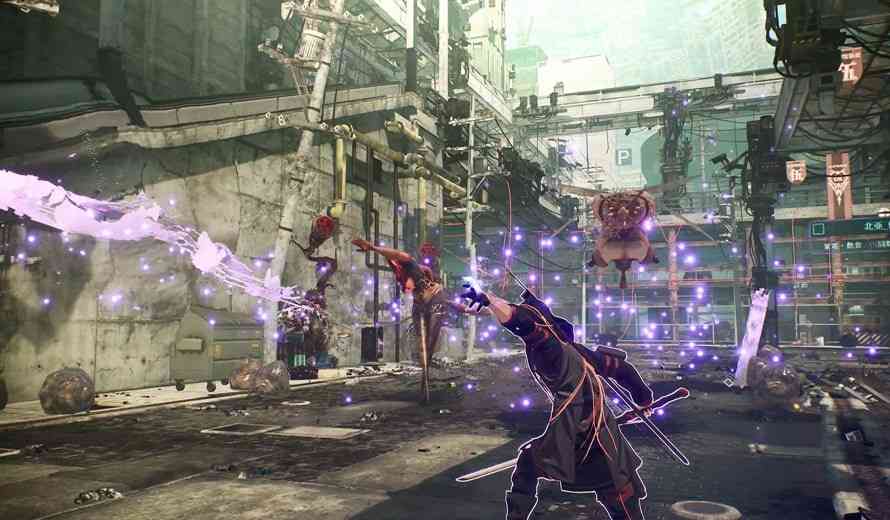 Scarlet Nexus marries varied and unique action RPG combat to two extended campaigns featuring engaging protagonists and a cast of memorable supporting players. Using its brain punk conceit to power a range of extended combat techniques, Scarlet Nexus is at its best in the thick of the fight, when the player can mix and match melee weapons, telekinetic beatdowns, and whatever talents the team on hand has to share. Unfortunately, there’s some repetition in both the enemies and the combat arenas, and the pacing stutters here and there when it pauses for the story a little too long. On the whole, though, Scarlet Nexus’ refreshing action, story, and trippy brain punk visual style are the game’s superpowers that make it worth playing.

**PS5 code provided by the publisher for review** 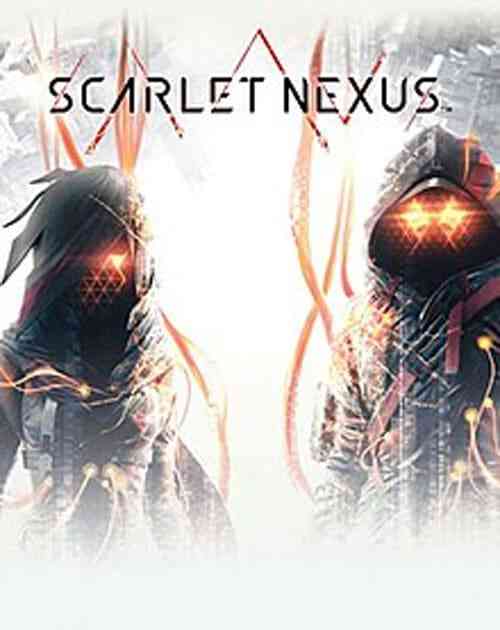