Maize Review – A Puzzle Adventure With a Corny Twist

There has always been something a bit unsettling about cornfields. Those of us old enough to remember the 1980s flick Children of the Corn will know well what I am talking about. Or maybe even that shocking ending to Casino that will make me forever think twice about setting foot in a maze of corn ever again (especially with my brother). That’s what indie PC game Maize is counting on – the inherent creepiness of being stuck in a field of cornstalks, with no clear way out of the confusion.

So I came to my play-time with Maize ready to experience discomfort, and I was not disappointed when I began – sure enough, plunked right into said field with no information, no instructions, and no clue. Over time, I continued to feel uncomfortable, I admired the game’s beautiful visuals, and had some amusing moments. Overall, though, Maize lacks a strong reason to hold the experience together, and I found my enthusiasm to keep going get weaker as time went on.

Starting in first-person view, you have no idea who you even are (am I corn? am I a human?). It recalls the recent Firewatch in that you are presented with a landscape to wander through, and it’s up to you to piece together what is happening. You find yourself placed in a cornfield, with what seems like a corn-person running away from you. You follow, searching the maze until you come upon a statue, a backyard shed, and eventually an abandoned farmhouse. The door is locked – you must find clues and a method to get yourself into that house. And so Maize begins.

“Maize counts on the inherent creepiness of being stuck in a field of cornstalks, with no clear way out of the confusion.”

Maize is a point-and-click adventure at its core, so if you are a fan of such adventures as the Deponia series, you will feel right at home. You walk around searching for items among the environments, which are made known to you by their white outline which makes them stand out from the background. What should you pick up? Well, you have no idea, so you pick up everything and save it, knowing that at some point you will likely need it. Sometimes, they are obvious items – like the key to that farmhouse that you need – but other times, it is not clear how you will need the items, or why.

Solving Maize’s puzzles, like most point-and-clicks, involves mostly putting the right items in the proper place – which is also shown to you with outlines, and the shapes of the outlines are a hint. Some items do require a certain creativity to figure out, and you will have to use trial-and-error in some cases before a shape can be filled. These outlines vary in complexity and might require you to place several objects together to make something bigger. How much fun all of this is depends on how much you like this genre – while using your brain and solving puzzles is fun and a rush of accomplishment when you succeed, it can become exceedingly tedious when you are stuck, and have to back-track once, twice … or 36 times to finally figure out what goes where. 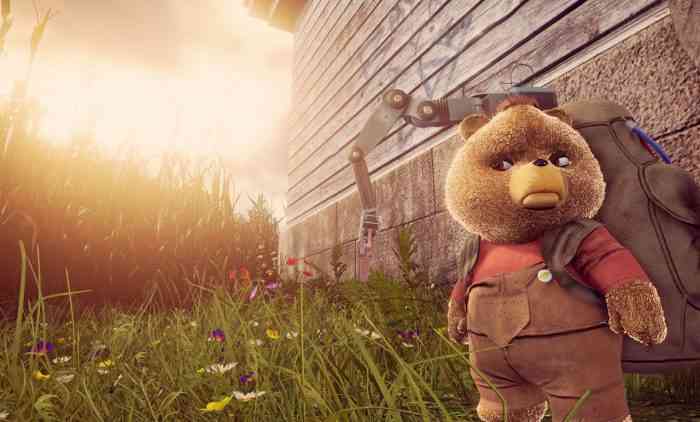 There is no doubt that Maize’s visuals are gorgeous, though. This game shows top-notch (amaizing?) polish that I would expect from a big, AAA game. Environments both outside and inside the buildings displayed a level of detail and beauty that definitely made me want to explore. Music and sound effects added to the feeling that I was really there, in that abandoned place, and not in a computer-generated game. In fact, Maize gave me pleasant associations with another recent Indie title, Everybody’s Gone to the Rapture, as I walked around alone though a tranquil but abandoned place, always feeling like the other people, whoever they were, had either just left before me, or were there, ready to jump out at any moment. I felt a strong (and fun) sense of dread exhilaration as I explored, almost hoping to be surprised by an unexpected creature or event. That enthusiasm to explore dissipated, however, when – as I mentioned – I was forced to go back and re-visit each place over and over, as the search for clues drove me onward.

“If you love puzzles, and are looking for a visually-stunning indie game (or you just love corn), take a bite out of Maize.”

As for Maize’s story, well, it’s a bit complicated, or maybe just quirky. You will uncover bits and pieces that explain “the secret” of this place, why you are here, and what exactly led to there being … sentient corn. Yes, Maize packages its creepiness with a hearty dose of zany, random plot elements that will sometimes amuse you, and sometimes just have you scratching your head in confusion. Case in point: the genuinely terrifying, possessed teddy bear with a Russian accent that will greet you at one point. Clues you find lead you eventually to an underground lab, and what seems to be some sort of government-sponsored experiment into the unholy realms of genetic tampering. The reason for all the secret experimentation? Well, I won’t spoil any vital plot details, but it will explain a lot of your questions – such as why that statue is out there in the back yard. As for the rest of the crazy story, you will either find it funny or … corny. 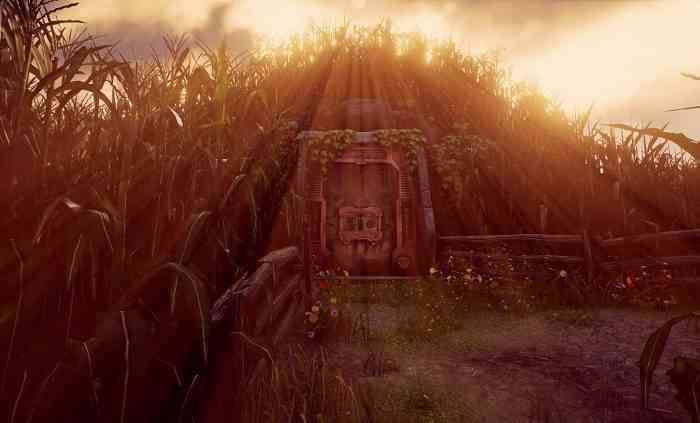 Maize is banking on the fact that you find such absurdist games as Goat Simulator hilarious and enjoyable. The premise seems to scream wackiness: corn that talks and walks – it’s so crazy! Granted, the humor is very cheeky and a welcome aspect of your time with Maize. However, as with some other zany titles, there is a feeling that, with all its random elements, it lacks in coherence somewhat. It all comes down to how much fun you find the core gameplay – the point-and-click clue-searching is something that will give fans of the genre a lot to like; as for myself, I found it to be tedious at times, and I had to sometimes force myself to push onward even as my frustration grew.

If you love puzzles, and are looking for a visually-stunning indie game (or you just love corn), take a bite out of Maize. Just be prepared to have the initial zany fun wane when the novelty wears off. 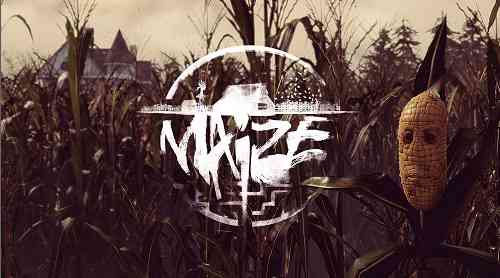