I was as surprised as anyone to learn we were getting remasters of the Mafia games. Not because I’m a hater, far from it. I spent inordinate amounts of time with the original Mafia on my PC, and I got really into Mafia III for a bit on my PS4. But I had never played the second game in the trilogy. I had been led to believe it was the worst of the three, right? Having now tried a modern remaster, I’ve got complicated feelings about the middle entry of this trilogy. Some of it feels really daring, but a lot of it doesn’t feel right to modern gaming sensibilities at all.

Let’s briefly talk about the charm of the first and Mafia games to compare the middle child. Mafia feels like someone watched Goodfellas while trying shrooms for the first time, and now they are trying to describe it to you. It’s thick with the bada bing personality and mobster cliches- in a good way! But the story doesn’t hold up to the slightest bit of scrutiny. Mafia III picks an interesting protagonist in Lincoln Clay, a black Vietnam vet coming back to his home in fake New Orleans.

Compared to those two bold games, Mafia II feels utterly conventional. You play as Vito Scaletta, an Italian American returning from World War II to fake New York. You play through a linear story as Scaletta earns the trust of the Italian mob, while contending with Irish and Chinese gangs. You get a typically twisty tale of betrayal, the feds get involved; it’s a mafia story! Right? Fuggedaboudit! 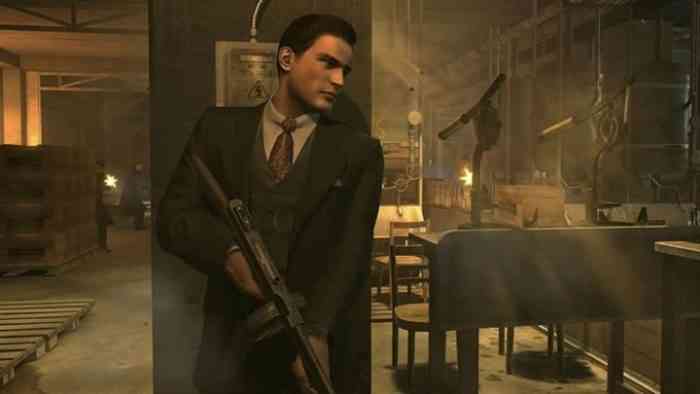 The story of the first Mafia is so weird, it kind of feels profound. The third one isn’t profound, but thinks it is. But the middle Mafia has the least personality. It’s definitely the most competently told story, but the least memorable. Mafia stories are always about violent, troubled men, but framing the story through a video game makes it feel different. I found Vito to be a nasty operator, and wasn’t that interested in getting into his head. Some of the setpieces are memorable (particularly a hotel confrontation and a late game scene in a planetarium) but the story doesn’t really string together well.

That’s what Mafia II is about, but what do you do? This turns out to be a surprisingly tough question to answer. In modern games, there is a very clear line drawn between ‘open world’ games and ‘linear’ games. Not so here. Mafia II features the trappings of an open world game- a big ‘ol city, a radar that marks other cars, randomly generated NPCs walking around. But there is no point that the game profoundly opens up and lets you get lost in it. The map and a lot of the systems look like they are built to be open world, but you are always on missions, always with objectives driving you forward.

Modern linear games tend to be a lot like haunted houses. Everything is designed to maximum cinematic effect, but if you could somehow poke beyond the boundaries of your set, you’d find yourself in a shapeless void. Mafia II uses one big city as the playground to experience linear levels, but in doing so it loses some potentially exciting opportunities. But damn if the game doesn’t feel so weird and unique.

The only experience I can recall that’s even vaguely similar to Mafia II is LA Noire. There, Rockstar created a big accurate map of LA, but you never get to explore it as a sandbox. The completeness of the map mostly served to make your story feel immersive. You were never really allowed to dynamically start high speed chases, or dare the cops to bring you to justice. So maybe Mafia II was going for something similar (it came out the year before LA Noire) but didn’t really get there? Because in the remake especially, immersion is something of a problem.

Now, I’m not a graphical design expert by any means, but I have been following video games closely since the early 90s. I remember how excited developers were to go from 2D to 3D, the advent of bump mapping, bloom lighting, and more recently ray tracing. Mafia II didn’t have all that stuff the first time around, and now its available. But the graphics run into that problem you sometimes get in these remasters.

It looks like textures have been given a complete overhaul. You can get up close to the pavement, or a character’s face, and really make out the cracks and pores and imperfections. Light reflects off of cars, and there’s a decent speed effect when you’re really gunning it in those old fashioned cars. But what doesn’t seem to be significantly updated are the polygon counts. I’m sure that’s not true, they must have done something to some of the character models, but something feels off. Some characters, particularly lesser NPCs, have realistically textured faces but don’t have the underlying shape to support it. It’s like you printed a mask of a photograph of a person’s face and then slipped it over a basketball. It’s an illusion, and an unsettling one.

There are other modern updates, I’m sure. It runs fine on my PC, and though I have seen reports of bugs and glitches, I didn’t encounter anything egregious. But there’s still a question of why. Why remake these games? Why put a fresh coat of paint on this weird little action shooter that is not so fondly remembered? I’m sure there are compelling business reasons, but nothing that makes sense to me as a gamer. Mafia II is an imperfect fix to a game that was already pretty flawed. Now it’s just as flawed, but in a way that can be appreciated by modern audiences. 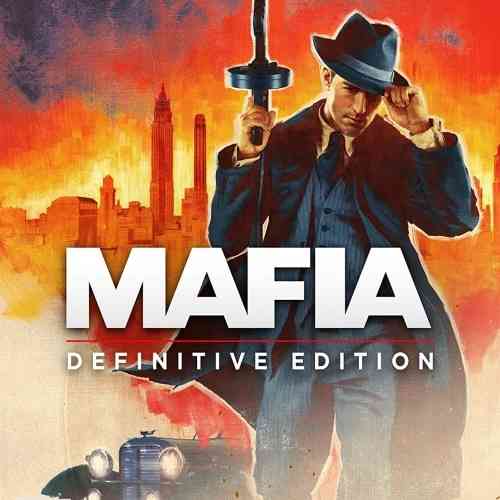 Mafia: Definitive Edition Adds New Crossover Content
Next Those Who Remain Review – A Gaping Maw of Irrelevance
Previous Golf With Your Friends Review – A Wacky and Quirky Good Time