One year ago, I reviewed Madden NFL 21. I gave it the lowest review score I had ever given a Madden game. That is over a decade’s worth of Madden reviews. If I am being brutally honest, I felt it was an unacceptable cash grab at launch last year. It was a glitch-filled rushed product that played (and looked) exactly as it did the year prior. Sure, Madden 21 improved over time; however, I’m still left questioning why EA Sports senior leadership rushed that out the door and felt good about themselves.

One year later, I am happy to report Madden NFL 22 feels like a complete experience. Those bugs, glitches, and half-baked modes from Madden 21 are not present this time around. It is a vastly improved gridiron game from the one I played one year ago. 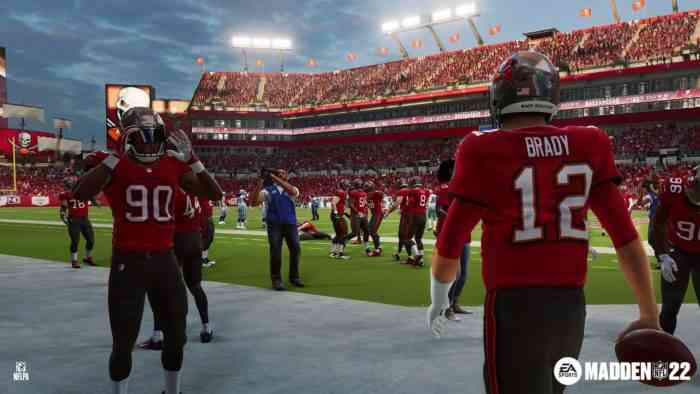 Needless to say, I am relieved and it’s great to see the Tiburon team firing on all cylinders again. Madden 22 is far from a perfect experience and you don’t see any giant innovations this time around. Yet, a lot of those community-requested features and incremental improvements do make for a solid Madden experience and one that fans can purchase with confidence.

Don’t Throw The Baby Out With The Bathwater

Just like we have seen every year for the better part of the past 15 years, EA Sports isn’t about to overhaul that core gameplay experience anytime soon. This is no surprise as Madden has a massive fan base and a formula they follow every year. If you are expecting significant innovations you’ve come to the wrong place.

Overall, Running and passing largely feel the same. All of your favorite modes are back like Franchise, MUT, Online PvP, The Yard, etc. Your favorite playbooks are back and so are X-Factors. On the surface, it looks nearly identical to Madden NFL 21. Yet, almost every facet of this Madden package have been enhanced. Franchise has seen a significant boost, play-calling has been improved, the ability to make halftime adjustments is fantastic, you get next-gen stats, home-field advantage is meaningful and the run game feels more balanced.

If there is one mode that received the most attention, it is the franchise mode. Last year, Franchise mode was downright embarrassing and it took months to get a significant update. It is clear EA has listened to their fans as Madden NFL 22 features a Franchise mode that is jam-packed with a ton of depth and more is coming post-launch. There is now a comprehensive staff management system where you can hire offensive and defensive coordinators. They also have their own skill trees, so you can upgrade your staff. Scouting players is now much more meaningful and strategic with another big update incoming soon. There is a revised franchise hub and a new Super Bowl celebration. Bottom line, Franchise has improved, will continue improving post-launch and I am here for it.

Another new significant featured added this year is the new momentum system. Building your momentum meter in a game can unlock certain perks, called Momentum Factors, that can help give your team an edge. This is especially noticeable for home teams. Having that home-field advantage means something. For instance, if you are playing in Denver, visiting players may get tired from that high Colorado altitude. In Seattle, the 12’s will make it hard for you to read the pre-play art. I found trying to focus on squiggling pre-play art a distraction and there is no question it gave my opponent an edge. 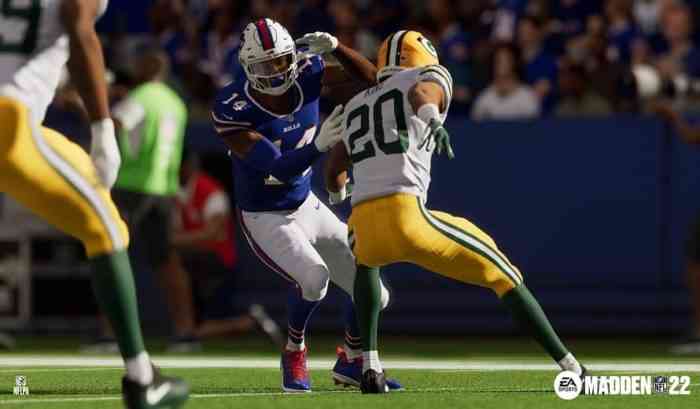 Madden’s money-making mode Madden Ultimate Team (MUT) returns and once again, it doesn’t look like a lot of changes were made. There remains plenty of opportunities to dump a boatload of cash into this mode or just grind away like I am sure most do. Admittedly, it does feel really grindy this year. Maybe I am just getting bored of the mode or maybe it just isn’t my thing anymore. The passion I had for upgrading my team just isn’t there like it used to be. Perhaps because I know it’s going to take a lot of hours just to get my overall team ranked to an 80.

Last year’s big new addition was “The Yard”, which I didn’t care for at all. I still don’t but at least it seems a little more fleshed out this year with its new progression system and challenged-based solo campaign. And it’s more enjoyable this time around. The mode still features arcade-style 6v6 gameplay, crazy colorful gear, and some wacky plays. You can once again create your own character and earn rewards. The new unified progression system is also a nice addition as now your avatar and all your progress, rewards, and gear earned in The Yard can be shared with Face of the Franchise. Yes, you can buy gear for your player, so that filthy microtransaction element in the Yard is back and apparently here to stay. Not surprising as AAA publishers look for more ways to milk every cent from players.

I was extremely disappointed with Face of the Franchise last year and once again, it just seems like Madden doesn’t really invest much into this mode. This year you take control of a prospect who is trying to get drafted first overall. Your progress in the mode will determine how high you get drafted. There is a story that is mildly interesting and has a host of predictable (and often annoying) characters. If it wasn’t for this review, I would probably skip the mode as I didn’t find the games challenging nor did I care for the characters. On the plus side, you can control a defensive player, which is a first, but that doesn’t save the mode from being something only new or young Madden players will enjoy. 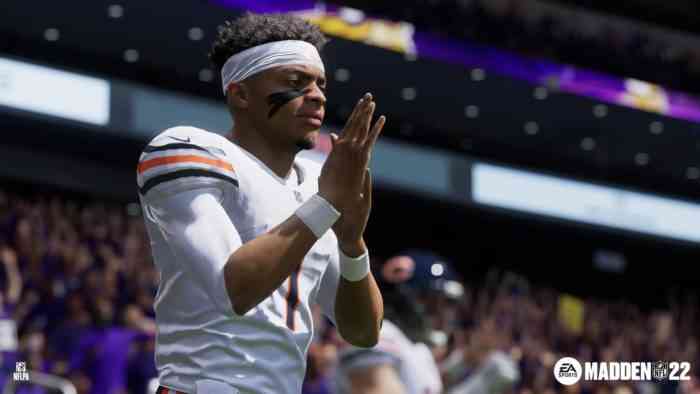 Gameplay-wise there are new tackle animations which makes the defense feel a little different and the running game feels a little more balanced this time around. Passing; however, remains untouched. I didn’t notice anything new in the passing department but the running game seems a little tighter, albeit a little slower compared to the last-gen versions of the game. I’m okay with the lack of gameplay changes as over the years the franchise hasn’t left a lot of room for improvement. They have seemingly hit a sweet spot and the community seems perfectly content with this.

It’s clear more time with next-gen hardware has paid off. Madden NFL 22 looks and feels like a step back in the right direction for the series. The core gameplay remains largely unchanged but almost every mode in this Madden experience sees a noticeable bump. Everything from the drastically improved facial animations to a robust new feature set in Franchise mode, Madden NFL 22 quickly erases the stench that Madden NFL 21 left at launch. It’s a complete experience and you could not say that last year. More updates and patches are coming but at this point, Madden NFL 22 is a rock solid purchase and one that should make the community and fans satisfied.

***Xbox Series X code was provided by the publisher***