2015 saw the return of both Rock Band and Guitar Hero and 2016 seems to be another promising year for rhythm game fans. Rez Infinite, Harmonix Music VR and Rock Band VR are all set to release this fall. Another music title hitting virtual shelves this year that you may not be as familiar with is LOUD On Planet X. Developed by Canadian Studio Pop Sandbox, LOUD blends the beat matching of Rock Band with the tower defense gameplay of Plants vs Zombies. It promotes itself as the “Indie” alternative to Rock Band.  If you were to look at the pop heavy DLC Harmonix has been putting out for Rock Band 4, then you’d see how the “indie” label fits LOUD on Planet X quite well.

Music games largely live and die by their soundtracks and one of LOUD’s biggest strengths is its setlist. The setlist features a good spectrum of indie artists spanning multiple genres with a heavy emphasis on Canadian artists. There are around 14 acts in total featuring Tegan and Sara, Lights, Metric and Chvrches. Despite touting that ‘indie alternative’ label, there are some well-known tracks here including Up We Go, Closer and Leave a Trace.

“Music games largely live and die by their soundtracks and one of LOUD’s biggest strengths is its setlist.”

What’s really cool about the LOUD on Planet X is that the game has caricatures of the band you’re playing as on stage. While each band only has one or two animations that are looped over and over again, it was still cool to see both Tegan and Sara wearing their matching leather jackets. This lends a nice kind of authenticity you don’t really see in a lot of other music games.

Like Rock Band, LOUD has multiple lanes on screen, but these lanes don’t represent a particular instrument. Instead, they represent the speakers at the front of the stage. In some respects, it plays most similarly to Harmonix’s Amplitude series and Rock Band Blitz. Regardless of how many band members are on stage, there are always 4 lanes. Each lane corresponds to a different button on the controller.  Aliens stream down the lanes instead of coloured gems and you need to switch between lanes and attack them before they can destroy the speakers at the front of the stage. You can only send out attacks against the aliens if you press the corresponding button to the beat of the song. If you have any sense of rhythm it’s pretty easy to figure the beat of the song out. 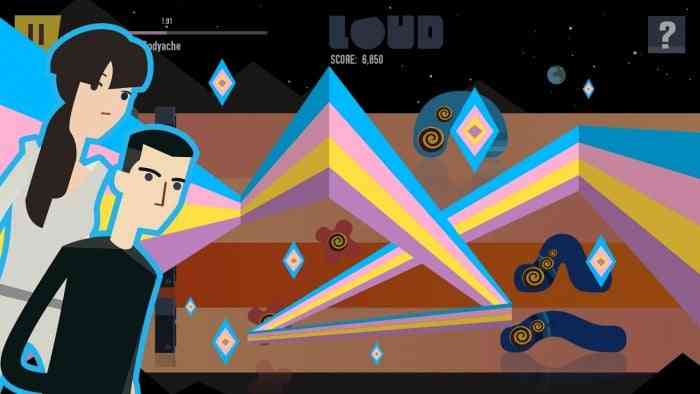 The game has a quasi-career mode that has half of the game’s songs unlocked at the beginning. As you play through the unlocked songs, more songs will become available. What’s nice about LOUD on Planet X is that you can play any of the unlocked songs in any order your choose.

There’s also nice variety of alien types between each song as well. Each of the aliens have eyes, which represent the number of hits required to kill them. Enemies with more eyes are more difficult to defeat. There’s also some cool enemies that can splatter on the screen, split into two and move between the lanes, block attacks and even hide under the lanes. It’s moments like these that keep you on your toes, especially on higher difficulty levels.

The game employs an overdrive system similar to Rock Band where you can deploy power ups on certain lanes or the whole screen as you defeat more and more aliens. The power ups available to you include a bouncer who can push aliens back, and a fog machine which can temporarily stop the movement of the aliens. If you choose to hold off on using power ups and let the LOUD Meter fill up you can destroy all the creatures on the screen. 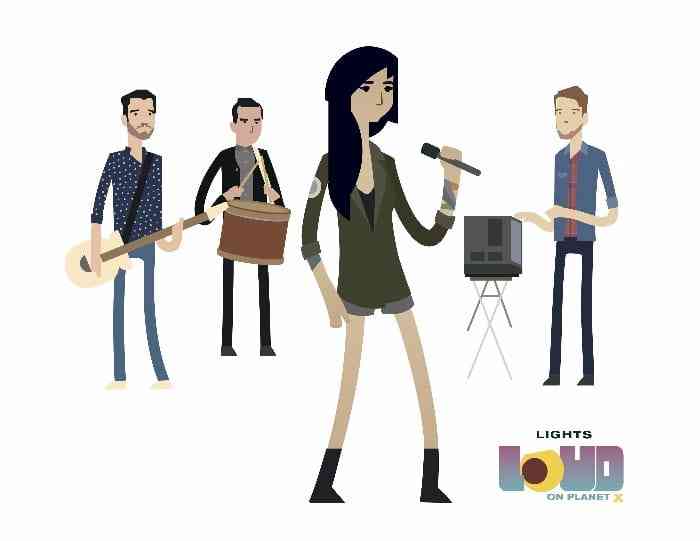 LOUD does offer an interesting concept, but I didn’t personally connect with the music in the game. It’s just that the same feeling I get from playing Rock Band or Guitar Hero just wasn’t present. While you’re beat matching each song to attack aliens, I felt like it wasn’t enough. When I am playing a game like Rock Band I can truly feel like I am connecting with the music because I can add my own little drum fill or solo or I can actually hear the track cut out as I play worse. There really doesn’t seem to be similar kind of feedback in LOUD on Planet X. The music just doesn’t feel as interactive like in Rock Band or Guitar Hero. The music feels like it’s sort of just in the background and that’s it. Nothing you do really influences the track you hear on screen. Once you start playing one song to the next, the game begins to feel a little repetitive and stale.

The career mode can be completed in multiple sittings. You can go back and try to top your previous scores and play on harder difficulties, but there isn’t a ton of meat here. Chances are, there probably won’t be DLC down the road and a lack of leaderboards takes some of that competitive spirit out of the game.

LOUD on Planet X is an interesting concept, but it ultimately falls flat. The great soundtrack and cool art style is hampered by a lack of interactivity with the music, limited replayability and competitive spirit that other games in the genre have.