The realm of video games and comics collide in Liberated: Enhanced Edition. Taking inspiration from Alan Moore and Frank Miller, the game aims to tell a revolutionary narrative that takes place on the pages and panels of a graphic novel but can it reach the lofty heights of its influences?

Set in the near future, where technology is integral to society, you take on multiple viewpoints in this stylized adventure. Via beautifully inked sequential art, you experience a deep and multilayered story that explores the governmental Big Brother-esque surveillance of the public. Neatly packaged as issues, the stories interlink and are engaging throughout. Whilst it’s clear that V For Vendetta and Sin City was used as a stimulus, Atomic Wolf tackles familiar themes with consideration of present-day context. Although it lacks a little subtlety, it has a clear message which is successfully told. 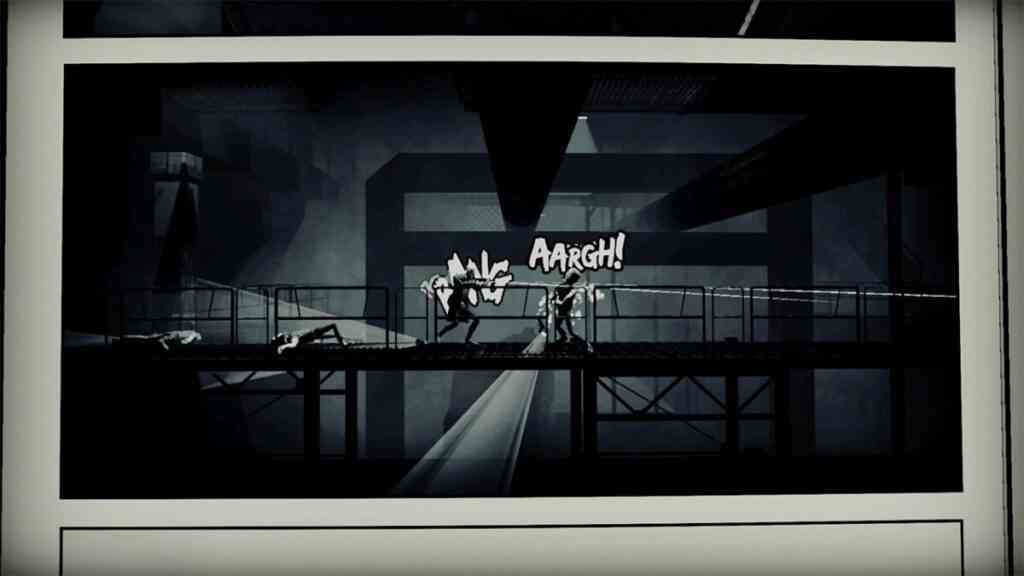 Interspersed throughout the narrative are gameplay sequences that still live within the panels. The black and white, film noir design suits the premise but is messy in its execution. While it tries to maintain the same stylistic approach with FMVs and gameplay, it’s clear to see the lack of textures and detail in the environment and character models. Due to the stark lighting, obstacles blend into the background. Linear segments are quite jarring due to the aesthetic which takes a noticeable dip in quality. Story-driven panels look professional but playable segments are reminiscent of a PS2-era release. The awkward animation heightens the disparity and instantly loses the gritty crime drama theme that it attempts to replicate.

Flickin’ Through the Pages

Side-scrolling segments offer some variety, allowing you to either hide behind objects to stealthily take out enemies or run forth with all guns blazing. Even though there are options, there is no penalty or advantage for either. To shoot foes, you simply aim with your right stick and press the trigger, so you can easily stroll along the empty corridors and blow your foe’s head off. Whilst this should be quick and slick, it’s clumsy in its implementation. It takes a few seconds to ready your weapon, which is frustrating. Due to this, you’ll often walk with your weapon ready which slows the game to a snail’s pace.

Unfortunately, Liberated restricts your weapon usage. Even though you use a pistol, shotgun and machine gun at various segments, you are never given the ability to freely switch between these. Onomatopoeic words accompany bullet shots helping to anchor the game to its influences, however, even this is poorly applied. Oddly, the word ‘headshot’ appears which breaks the conventions of the medium. As shootout elements make up the majority of the gameplay, it’s a shame that you are not given the tools to add more variety. This quickly becomes laborious, due to the inability to take cover and stiff mechanics. 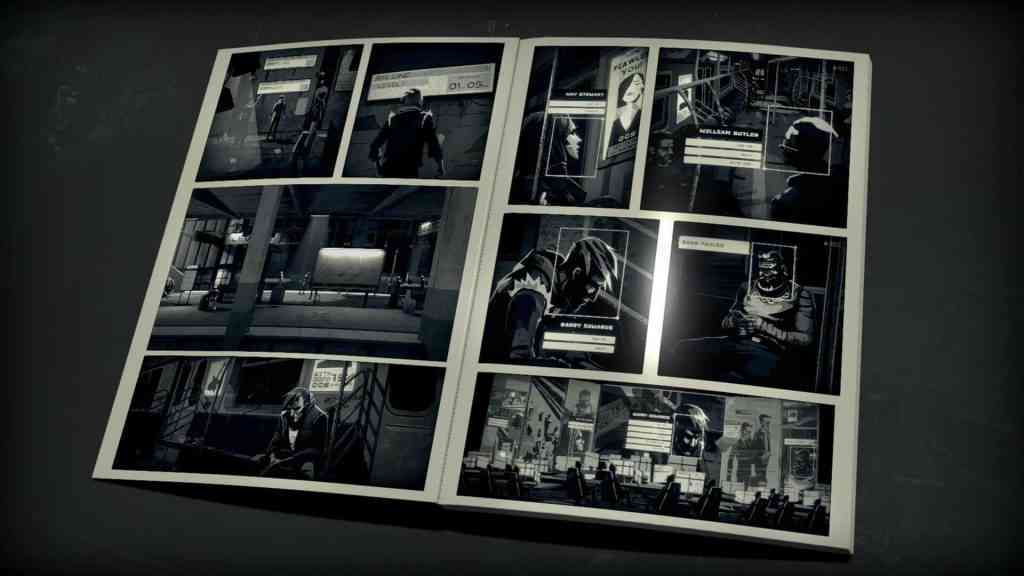 Puzzles separate the action. As a hacker, you will need to line up grids by rotating sections and decipher codes to unlock doors. Even though they are simple, they break the monotony of gunplay and are enjoyable segments. To add further variety, Atomic Wolf places QTEs in some cinematic sections. These do help to change the pace of the game but fail to capture any sort of tension. If you miss a button prompt, you restart the sequence and repeat until you’re successful.

It’s All About Perspective

As the Liberated is on a 2D plane it is perplexing that the game doesn’t include more platforming segments. In the first issue, there’s a portion where you try to escape the clutches of the authorities. This requires you to jump across rooftops to evade capture. While probably the most memorable sequence, there are no other moments like this. Instead, the game relies heavily on its formulaic gunplay which quickly grows tiresome.

Liberated: Enhanced Edition fails to deliver on a promising premise. At its core, the game tells an interesting story in an innovative manner, however, the gameplay sequences let it down. The gunplay is formulaic and lacks variety. Predictable enemy placement means that the game quickly becomes repetitive. While Atomic Wolf attempts to vary the gameplay with puzzles and QTEs, these are few and far between. With some technical issues thrown into the mix, this comic-inspired title has a few too many issues. 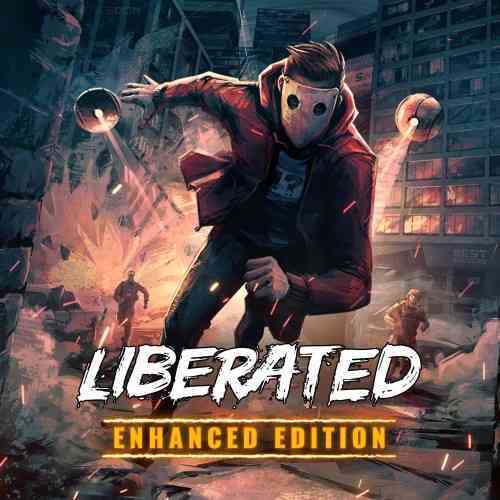