Biomutant Review – Rough Around The Fur

Originally announced in 2017, Biomutant instantly captured the hearts of gamers due to its incredible art direction that combined a rich post-apocalyptic world with bad-ass anthropomorphic animals. Boasting choice-driven storytelling, a martial-arts-based combat system, and a multitude of quirky forms of traversal, can this madcap collection of ideas fuse to create a truly remarkable experience?

Set in the near future, after the extinction of humankind, Biomutant tells a wonderful tale that is laced with social commentary. After years of polluting the environment, nature and animals have had to adapt. Wildlife has become more adept, possessing human-like features in order to survive in a barren world littered with remnants of the past. A lynchpin to civilization, the Tree of Life has been contaminated. With its roots being devoured by the imposing World Eaters, it is your task to track them down and protect the sacred tree.

Before setting foot on your perilous path, you get to tinker with a plethora of options to create the perfect cuddly creature for your road to redemption. This multilayered character creator allows you to drastically alter the protagonist’s appearance. Every tweak of each stat affects your furry friend’s physique and features, ensuring that your Biomutant is completely unique. With five distinct classes that come equipped with specific perks, players can build a character that best suits their playstyle whether it be ranged or melee-based combat.

Bursting with life, Biomutant’s world has been lovingly crafted to communicate the origins of the universe. Secrets are burrowed within the ruined remains and juxtaposing meadows, rewarding exploration. Throughout, you will discover disposed items that can be crafted in numerous ways to create peculiar weapons and armor that affect attack or defense properties and your appearance. Relatively simple puzzles are nestled within abandoned gas stations and other uninhabited buildings. These commonly require you to maneuver objects, matching colors to unlock rare and legendary loot. 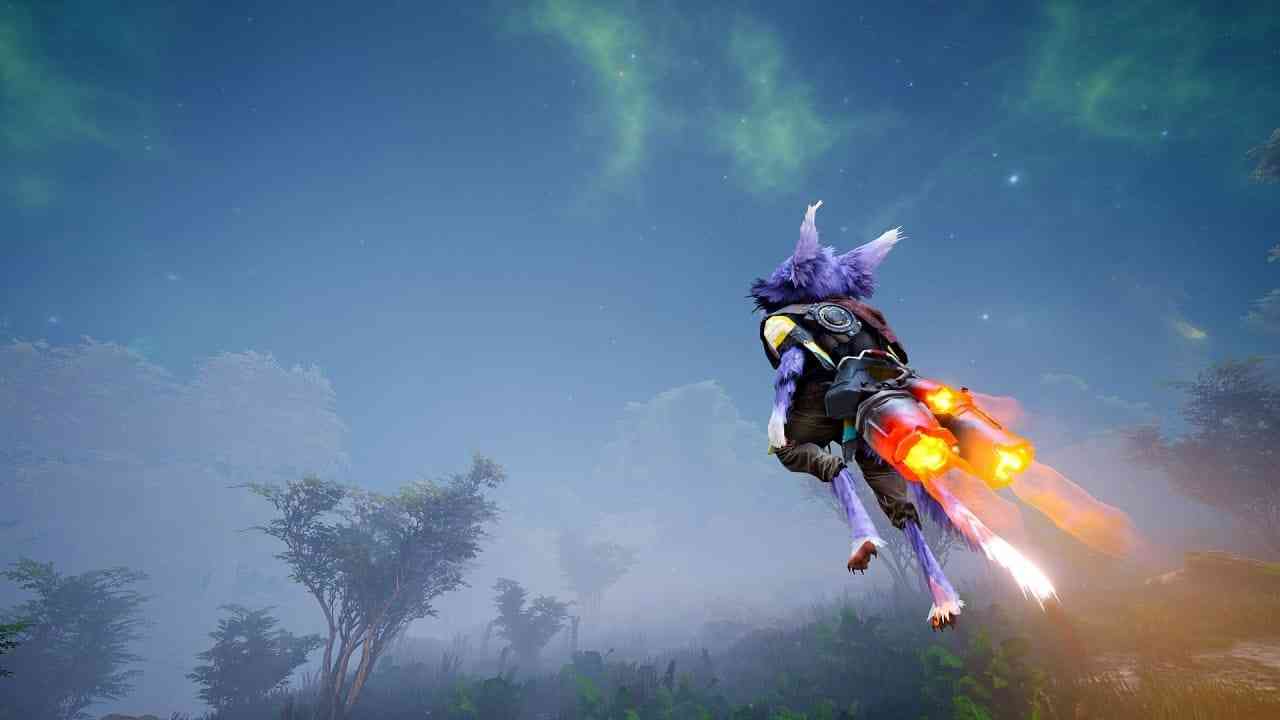 Dotted throughout are the colonies of six tribes, each at war with one another due to their difference in opinion about preserving the Tree of Life. Your task is to reunite them but this can be achieved in a number of ways. Attack and crush the opposition so that your tribe can rule with an iron paw, or persuade neighboring factions to create an alliance. This dynamic approach to the narrative adds weight to every decision as the effects of these leave an imprint on the world.

Each step is beautifully narrated adding to the fantastical nature of the game. As the animals have their own language, conversations are translated and lovingly told, making the gamer feel as if they snuggled up in bed whilst Peter Folk tells a heartwarming tale. Adding to the charm, sounds are accompanied by an onomatopoeic comic book graphic further embedding the storybook feel of the game.

The Cat’s Out of the Bag

On your adventure, you will encounter strange and unique characters that will give you objectives to aid you in your task to annihilate the World Eaters. Missions follow a generic structure that primarily focuses on fetch quests, however, you are rewarded with an odd, mish-mash of items and eccentric forms of travel for your trouble. As if conjured in the wonderful mind of Maurice Sendak, bosses are adorable yet imposing. They prowl around arenas and strike ferociously, however, these battles are pretty much by the book and lack the originality of the character designs. Although the main campaign can be completed within 10 to 15 hours, scattered throughout are numerous side missions adding longevity to the game.

Inspired by the Ratchet and Clank series, Biomutant gives you the tools to attack in a variety of ways. From a distance, you can use an array of weapons and magical powers to take down enemies. Specific powers can be earned and mapped to your face buttons, each of which is distinct and offers ways to vary combat and strategize. For example, you can spawn mushrooms that allow you to spring into the air and attack from above. When getting up close, evasion becomes vital. Timing your rolls will grant a slow-down giving you the opportunity to perform a vicious combo. Although there are a lot of options to destroy adversaries, each of which feels mediocre and lacks the nuances that its influences possess. 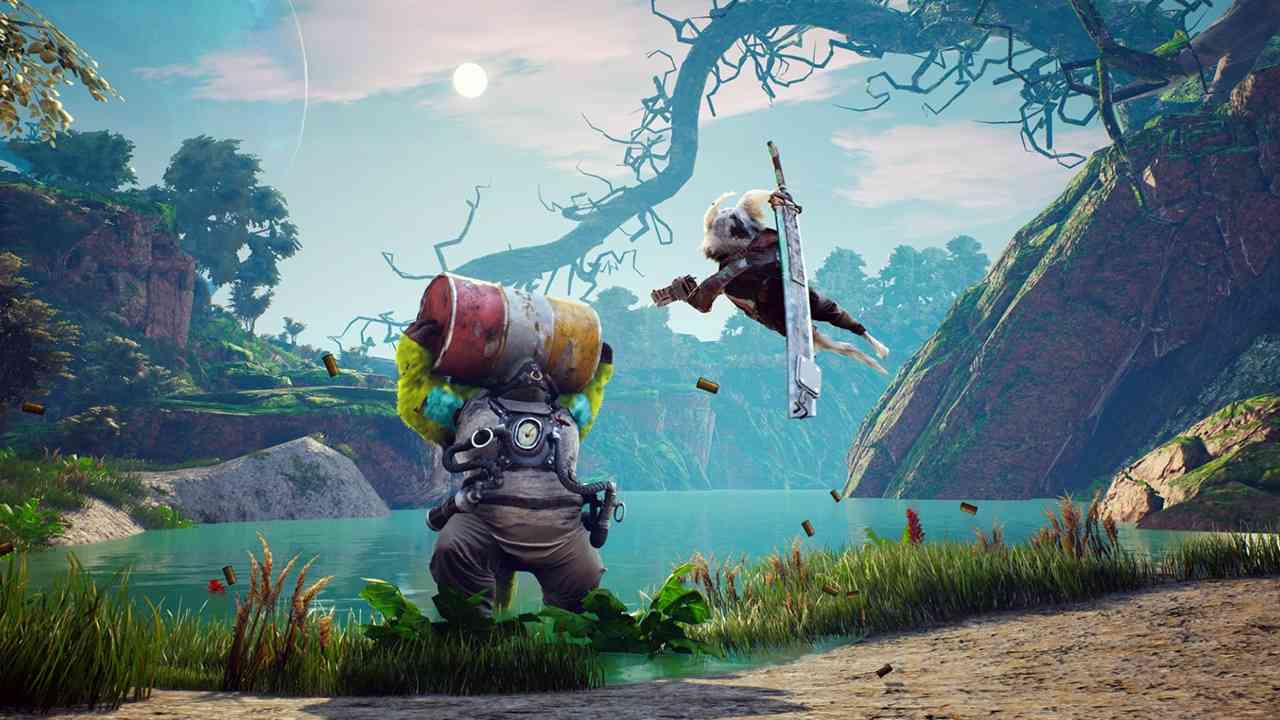 Unfortunately, performance issues plague what could have been an unforgettable experience. Dips in the framerate regularly occur and the odd crash breaks the immersion. At times, you can also pass through mammoth enemies making encounters more frustrating than thrilling.

Biomutant’s world is enthralling. The art direction and characterization will beckon players to scour the entirety of the map, discovering items that develop the lore of the universe. However, the gameplay is hindered by performance issues and bugs which make some parts of Biomutant feel like a chore. Although the game falls short of greatness, this ambitious debut from Experiment 101 has me salivating for their next release. 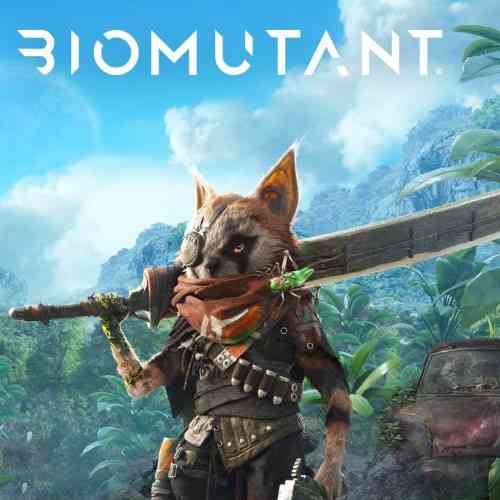