Pirates are cool. I know this in my bones, yet all the evidence works against this conclusion. There’s nothing glamorous about amputation-based medicine or single-shot firearms, but the allure remains. Much like actual pirates, King of Seas seems cool. Yet the fine details don’t support this theory. Ship combat and steady upgrades should be a slam dunk, yet I struggled to find my sea legs with this game. Whether you should set a course for King of Seas is another matter altogether.

The story revolves around a quest to reclaim your seaside kingdom from the back-stabbers that stole it. You’re the son (or daughter) of the late king, tasked with getting back on that coveted throne for which the game is named. For the most part, the narrative is metered out in dialogue boxes and static cutscenes. The real story is playing out on the open waters, thrilling tales told with cannon fire and sinking ships. While I was charmed by the art used during story sections, my focus was spent on the ship battles. High seas combat is the best part of piracy, right?

Pitched Battles On The Waves

Well, yes, but also no. Ship combat involves steering a tiny boat around the ocean map, aiming your cannons at whoever crosses your path. You have to maneuver your ship so that said cannons are directly facing the enemy. It adds a layer of tension to your every encounter while forcing you balance speed and power. If you’re not a fast, competent navigator, enemy ships can outflank and sink you. There’s a sense of grounded realism to the battles that belies the game’s charming, even whimsical appearance. Even sailing feels curiously real. 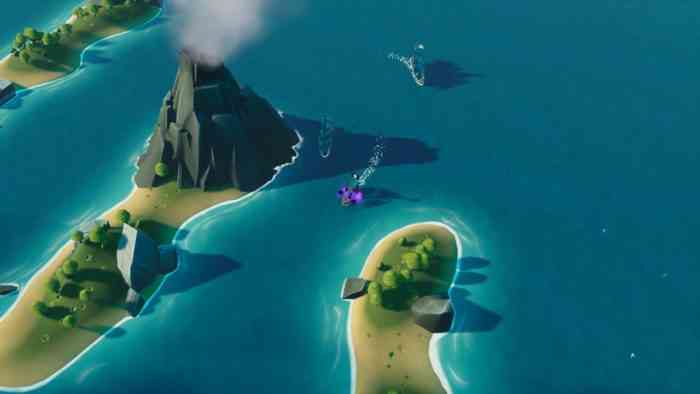 Your controls offer a well-balanced way to make the whole experience feel plausible, even with the game’s clean, bird’s-eye visuals. Sailing requires raising the sails and steering. You’ve got no acceleration beyond the billowing sails. Cannons can’t be aimed, with the angle of the ship providing the only targeting system. Firing said cannons comes with a cooldown, while repairing the ship is a measured, costly affair. It’s all too easy to go down in a hail of gunfire and actual flames. That’s where the upgrade system comes in.

Every glint on the waters or the beach is another piece of plunder, waiting to be liberated. Be it ship upgrades or supplies, you can always find something to improve your fortunes a tiny bit. There are a host of different ship parts you can beef up, from the sails, to the crew, to the cannons. If a particular opponent is cleaning your clock, you can go sailing. After a little while spent cruising through the water, you can accumulate the gear you need to win.

Whole Lot Of Sailing Going On

In fact, every activity is bookended by a vigorous trip through the seas. Every quest is completed by sailing to your destination. Once you arrive, it’s just a matter of killing or collecting what you need to, followed by more sailing. Therein lies one the game’s big flaws. The pacing is weighed down with the act of getting there. Don’t get me wrong, if you love the sailing system, this will be a feature, not a bug. But I had a hard time staying invested with so much sailing to get done for every goal. You can avoid any extra exploration for a while. But once you run into an enemy you need to eliminate to continue, suddenly you’re stuck wandering the seas until you can either buy or plunder the required upgrades.

I don’t mind the measured pace of the combat. Taking your time to get in position before you disintegrate someone with cannon fire can be immensely satisfying. But this same patience somehow didn’t carry over into my time sailing and exploring. Not only was I struggling with the enormity of getting from place to place, but all the sidequests quickly start blending together. It’s not long before every delivery job and bounty hunt starts feeling quite familiar.

Such is the trouble, then. If you can get sufficiently sucked into the gameplay, every other problem seems insignificant. On the other hand, if any part of the moment-to-moment experience starts to drag, it can pull you right out of the game. In other words, if all you want to do is sail around starting fights, slowly gathering power until you become a force of nature on the waves, King of Seas is perfect for you. Conversely, if you’re looking for something more multifaceted and less focused, you may want to steer clear. I thought sailing and sea battles would sustain me. Perhaps there’s more to being a pirate after all. 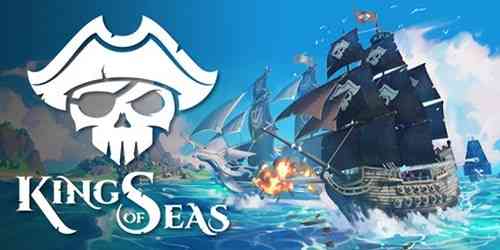