The Pro controller represents the high watermark for modern gaming hardware. It feels amazing in your hands, it’s perfect for every Switch game, and the charge lasts for ages. PowerA has some big shoes to fill, is what I’m getting at. And they do an admirable job with the Fusion Pro wireless. I was certain that no controller could replace the Pro, but after spending some time with PowerA’s model, maybe I was wrong.

First off, the look. You’ve got two faceplates to choose from, which swap out with breathless ease. The placement of every button feels spot-on, though the four buttons in the middle don’t feel quite right. Start, Select, and the Home button feel a tiny bit chunky. It’s almost impossible to notice unless you’re exercising some intense scrutiny. Seeing the Fusion Pro on my coffee table, it looks like a standard Pro controller. It’s only when you put the two of them side by side that the differences become obvious.

While the menu type buttons feel a bit off, the rest of the inputs are rock solid. At least, the normal buttons feel right. The PowerA Fusion Pro comes with a programmable back plate. It’s a tiny bug-like construction you can attach to the back that adds four more buttons to the controller. Programming said buttons is a breeze, but I can’t get the hang of using them. It feels like you’d have to change the whole way you use the controller itself in order to really make use of them. Are they for fighting games? Flight sims? First-person shooters? Thankfully it’s a simple process to add or remove the backplate. 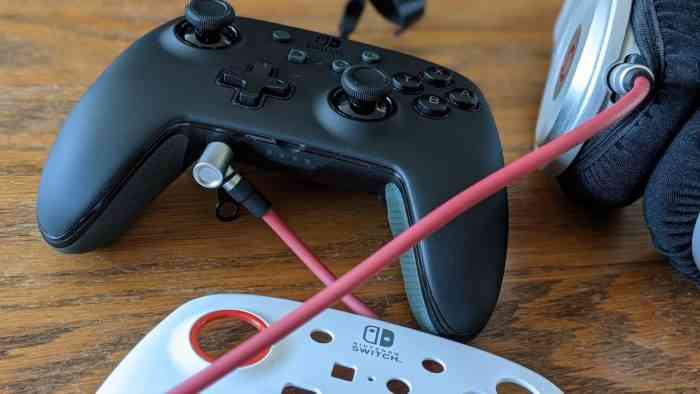 Another feature you can quickly swap out are the analog sticks. No tools are required! You just give it a solid tug and off it pops. Constantly swapping them in and out could lead to serious wear and tear in the future, but for now the process is painless. Like the backplate, I don’t have much use for taller analog sticks. On the other hand, I can easily see why other people would prefer them. Taller sticks would be perfect for fighting games, for example.

At Last, A Headphone Jack

The only feature the actual Pro controller is missing? A headphone jack. The Fusion Pro fixes this issue, with a caveat. The controller can switch from wired to wireless mode. Only in the aforementioned wireless mode, can you use the headphone jack. Perhaps connecting sound to the gamepad is just too power intensive. Maybe doing so in wireless mode just drained the batteries too fast. Regardless of why, this restriction slightly overshadows the convenience. But only slightly! The other issue is that you can only change the volume with the buttons on the actual Switch. If the system is docked, you’ve got to get up and fiddle with it before you’re good to go. Honestly, playing my Switch with headphones on is such an upgrade, I’m willing to deal with some frustrating setup.

The Pro controller is essential for gaming on the Switch. While some people can get by fine with the Joy-Cons, this is the exception, rather than the rule. To that end, Nintendo’s own version of the controller has always been the primary solution. Most third-party options simply couldn’t keep up. I’m not sure that PowerA’s version is better than Nintendo’s, exactly. But I am sure the two controllers are on equal footing. Between the swappable faceplates, the headphone jack, and the extra inputs on the backside, this is a premium entry in the Switch controller arena. If you want a Pro controller that can go toe to toe with Nintendo’s legendary gamepad, the PowerA Fusion Pro Wireless is just what you’ve been looking for.

***A review version of the product was provided by the manufacturer*** 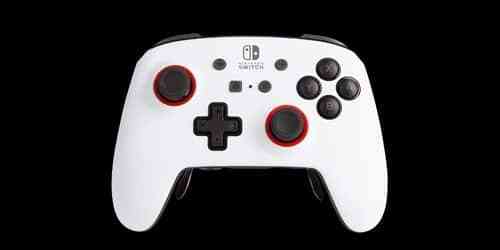