I’m Commander Shepard, And This Is My Favorite Legendary Edition on the Citadel

A wise person once said: with age comes revision, or in the case of video games, remasters. The most successful of these – take Shadow of the Colossus for example – work because the source content remains excellent. Even years on, the loops, mechanics, and content hold their own. With Mass Effect Legendary Edition, we’ve got the opportunity to see how Commander Shepard’s epic tale stands the test of time.

For the uninitiated, here’s the Coles Notes version of Mass Effect’s story. Sometime in the distant future, humanity discovers 50k year old ruins on Mars. Technology immediately jumps ahead by several hundred years, and humanity uses the ancient Mass Relay network to join galactic civilization. Unsurprisingly, the other races – Asari, Salarians, and Turians among others – perceive humans to be brash, too quick to act, and disruptive. Years later, humans are on the verge of joining the Citadel council and the ranks of the powerful. That is… until the Reapers. As you might imagine, the Reapers are a big-time threat, and it’s up to Commander Shepard – humanity’s hero – to save literally the entire galaxy. 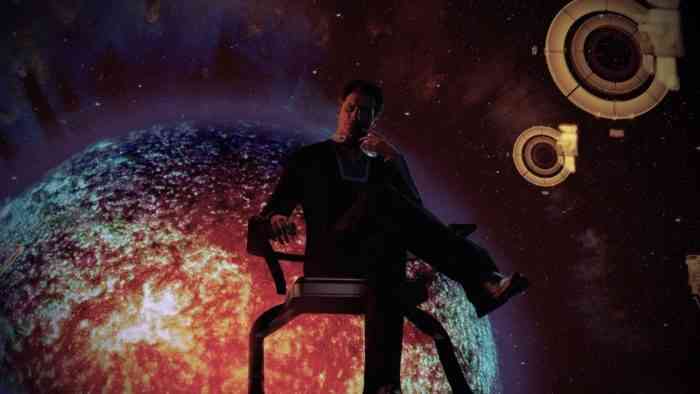 The 100 or so hours that follow are damn good. Even now, 14 years on, the quality of Mass Effect’s world building is remarkably solid. Commander Shepard feels however you want them to thanks to the bidirectional but still flexible Paragon/Renegade system, while the crew you meet along the way are wonderfully full of life. Tali, Wrex, Garrus, and Liara make choosing a squad a heart wrenching affair in the first, and the addition of fan favourites like Mordin and Thane in Mass Effect 2 only deepen that hurt.

Like most BioWare games, there’s a lot of meat to crew interactions throughout the three games. I quickly settled back into a familiar routine: go on a mission, check every nook and cranny, then return to the Normandy and talk to everyone. It may not be quite as refined as the narrative experiences we’re becoming more and more accustomed to, but it still carries weight. The big choices felt suitably big, even though I knew the outcomes. 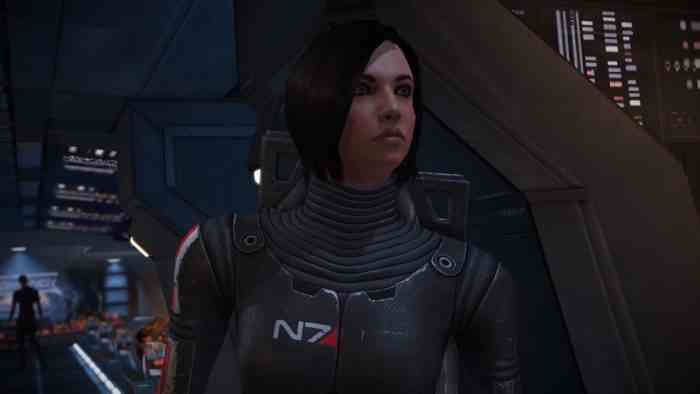 Mass Effect does a really nice job throughout the adventure of drawing grey areas. Sure, most of the choices very much boil down to whether you want to play as Pacifist Shepard or Cowboy Shepard, but there are definite moments where you’ll want to set the controller down, lean back, and consider the consequences of what comes next. That those moments hold up is massively important. Pun intended.

One change that makes a surprising difference is that missions that were previously DLC have been worked into the flow of the main games more organically. No longer do you get that Fallout 3-esque string of infinite pop-up notifications once you’re set loose on the galaxy. Things populate in a way that makes sense. Some of the DLC missions like Leviathan are (in my opinion) critical to the main story, and this approach left me feeling miles better about the overall flow of the storyline.

Still, the writing does feel more dated this time around. It would be impossible for everything to feel perfectly smooth given the enormous number of branched choices you’ve made by the midpoint, but there are small moments here and there that pumped the brakes on my enthusiasm. Jennifer Hale’s work as femShep holds up across all three games, while Mark Meer’s broShep fares slightly less well. Particularly in the first game there’s often a jarring tonal change between lines. It’s far from bad, but I noticed it more here in 2021 where the video game voice acting industry is producing some truly incredible performances. 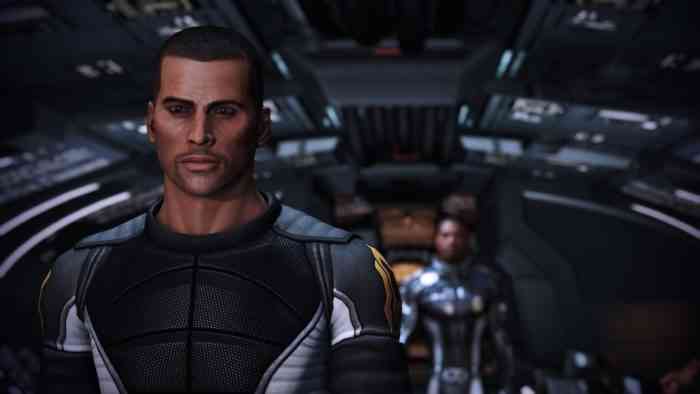 Not Reinventing The Mass Relay

I give kudos to the team for not making more sweeping changes though. The journey of Commander Shepard was an inflection point for RPGs. Bioware’s masterpiece had a huge impact on player expectations around world building, character development, and general scale, to the point where even BioWare themselves have been largely unable to match Mass Effect’s impact. That they’ve chosen to polish the existing games up as best they could is a brave choice, and one I love.

The mechanical changes that are here primarily focus on the first game in the series, which manage to balance modernizing how it plays while keeping some of the floatiness I remembered it having. The Mako no longer drives like a beached whale, Shepard no longer handles a sniper rifle like a day one rookie, and the environment is less of a barrier to combat fun thanks to improved AI and cover behaviour. Although the original game had a charm of its own and felt more like a pure RPG, the updates bring it more in line with the games that followed. Jumping from game to game feels more natural, but maintains the uniqueness too. It’s a nice balance.

Mass Effect 2 and 3 didn’t really need as much overhauling, and I’m happy to report they still feel great. Though the industry has moved past the need for endless seas of chest high walls and containers, the encounter design is still strong. Action is often frantic, requiring quick thinking. Quick, direct controls enable success, and feel modern despite their age. Squad powers and the tactical aspects of battle really do the heavy lifting, and I’d challenge series veterans to try out squad combinations they’ve previously avoided. Everything balances out pretty well regardless of who you throw together, even if it’s Ashley and (shudder) Kaiden. 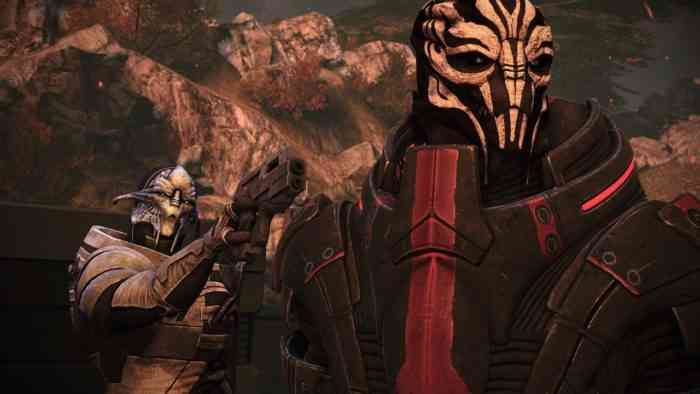 That leaves the visual and audio experience of the franchise, and the results are good if not mind blowing. Given the Unreal Engine 3 bones of the series, there was really only so much that could be done, but almost everything has a fresh coat of paint. On the PS5, things are exceptionally sharp and essentially locked at 60 FPS, dropping a few frames here and there but hardly spoiling the experience. Textures across the board are much improved, with characters in particular looking far better than they used to. Human models are obviously behind the times, but alien races look outstanding in 4K. Garrus’ face plates look more reptilian than ever, while the Asari look more other-worldly vs. the blue humans like they used to resemble. Sadly, it’s still incredibly easy to create a Commander Shepard that looks nothing like a person in the character creator. I wish they’d added the ability to free rotate the dome you’re constructing to avoid seeing the intro 12-15 times.

Environments are equally nicely treated, with more diverse textures and refined geometry where it makes sense. Reflective surfaces with ships and water are well done, though the reflections themselves distractingly run at half frame rate on the PS5. Lighting systems have been overhauled too with some dynamic shadow work, but I found the lighting overly harsh. Mass Effect was always kind of moody, and in conversation characters are often lit as though they’re in a newsroom. I’m sure it’s technically an improvement, but it’s the one thing I noted that didn’t fit with the original experience.

The story of Commander Shepard as told through Mass Effect Legendary Edition is excellent. It was groundbreaking a decade ago, and it’s still a powerful tale open to interpretation. Veterans of the franchise need not hesitate: this is a faithful polishing of the original games, with thoughtful changes that modernize the experience. If you’ve never taken a trip with the crew of the Normandy, there’s no better time than now. There’s a mammoth amount of quality content in the Mass Effect trilogy, and it’s all well worth the time investment.

PS: I still think there’s something to the Indoctrination Theory. 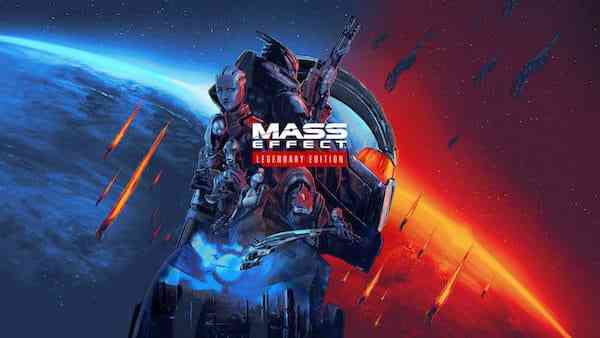