Hey, who loves karaoke? Everyone, that’s who. And country music? Ok, well maybe not everyone. Don’t get me wrong, it’s definitely got lots of fans, but you could say it’s a little bit niche. I’ll be honest and say it’s not my favorite musical genre; every once in a while, I do try to get into it and turn the radio station in my car to the local country station. That lasts … oh, a good 2 to 3 songs each time before I give up again for a few more years.

But Let’s Sing Country gives you the chance to sing along with the country songs and not just listen, and that is always fun no matter what the genre. It’s a well-made and slick game with a nice, simple interface and after you download and fire it up, you’re singing along and feeling like a country star at the Grand Ol’ Opry (that’s the big famous country venue, in case you didn’t know). I like how easy it is to get into the game and it gets straight to what you want — the singing — without a long intro or anything else getting in the way.

The Let’s Sing Series also employs a really smart and simple system for its microphone, too. You download and install a Let’s Sing app on your phone, which then becomes your mic after you pair it with the game running on the Switch. In situations like this, we’d sometimes encounter technical limitations — maybe the mic isn’t very precise or there’s a lag, or whatever — but I found that it works really well, and you’d never know that your iPhone or Samsung Galaxy wasn’t a specially-made Let’s Sing microphone. 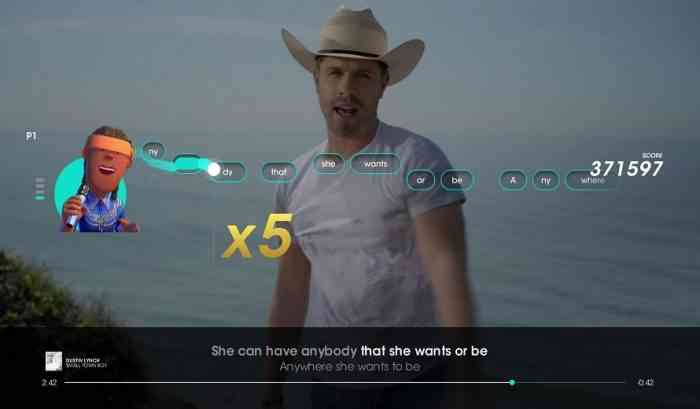 If you’ve played any kind of music game before, then you already know how Let’s Sing Country works. As the song plays, you keep up with it and you get points for hitting the right notes, for the right amount of time, as little colored bars fly by. And the bonus is that with country music, the chord progressions are so gentle and easy, you’ll have no trouble keeping up even if you’re like me and have no singing skills. After you’re done, you can compare your score to up to 3 of your friends playing at home, or with online scores that show on the screen.

There’s the usual different modes but they mostly offer a light twist of the Classic Mode of just singing solo. World Contest is pretty cool — it lets you take on people online by comparing your performances, real time. Maybe it’s because Let’s Sing Country hasn’t been out that long, or the country music fan base on the Switch just isn’t there, but I didn’t see a lot of other people playing online, and most of the leaderboards looked pretty beatable. Judging by my playtime, I don’t see the online experience really adding a whole lot to Let’s Sing Country.

And one pretty major flaw that I noticed after a few songs was that the playlist is pretty limited. I counted 30 songs that were included with the game. That’s not a whole lot for the price. There’s a link to the Nintendo eShop where you can buy more “packs” of songs for more money, but frankly that feels chintzy and smacks of the worst kinds of micro-transaction exploitation that frustrates gamers these days. The 30 tracks you get for your money combine for about 2 hours of fun, and that just isn’t enough for what is almost a full-priced game.

There’s a Tear in My Beer

If you do play Let’s Sing Country on the Switch, I would think that you’ll almost always want to play it in docked mode. Using the phone app along with holding your Switch would make for a cumbersome experience. Plus, belting out “The Gambler” at the top of your lungs while riding the bus in rush-hour is sure to get you a lot of dirty looks. And you won’t be as drunk, which is kinda an essential part of the fun of karaoke, right?

Let’s Sing Country is a decent karaoke experience that’s well-produced and slick. And you don’t have to be a Country fan to have silly fun, crooning into your iPhone like a dorky George Strait. But the tiny number of tracks is a real downer, and put it this way, you’ll get through them long before the beer runs out (a much better measure of karaoke time, honestly). If this was a discount-priced game that would be fine, but for the price Let’s Sing Country should offer a lot more content … y’all. 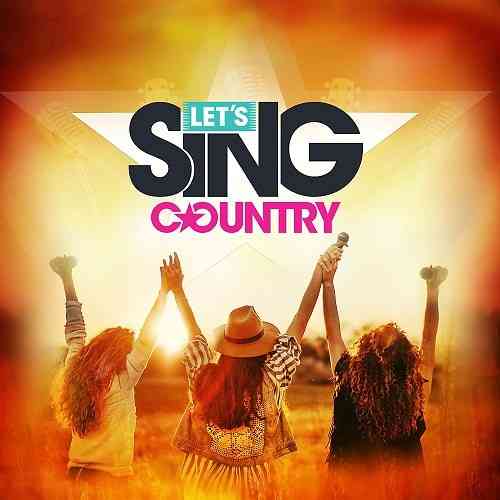 Guitar Hero Live Will Shut Down GHTV Mode in December