When it comes to music, are you like me? Do you go through periods when, for weeks or months, all you listen to is one style of music? I’m kind of like that with metal. I’ll wake up and think, it’s a Mastodon kind of day, and I’m hooked for the foreseeable future. The Outsiders’ new rhythm shooter Metal Hellsinger is probably going to trigger my next metal phase. Not that I’m complaining about it.

Like an unholy marriage of Doom Eternal and Rock Band–or maybe Beat Saber–Metal Hellsinger is a metal-infused first-person shooter. Instead of the leather-and-tats soundtrack rocking the background, in Metal Hellsinger, the music literally drives the action. Metal Hellsinger is not the first game to combine gunplay and music, but it’s probably the most sophisticated and visceral expression of the mechanic. 2020’s Bullets Per Minute covered some of the same territory, but wasn’t nearly as successful.

The plot is a pure metal dream. You play as The Unknown, a she-demon/human hybrid tasked with entering eight hell realms to clear them of demons and monsters, with the ultimate goal of besting the Red Judge herself. Narrated by the reliably entertaining Troy Baker, Metal Hellsinger’s story is a heavy metal album cover come to life. Sure, it’s right on the edge of parody, but it’s also ridiculously fun. Since the levels can be played and re-played in any order, it isn’t like the narrative throughline is particularly important. It exists primarily to give some context to the action. You’ll hear the same quips more than once.

Shoot to the Beat

As I said, in Metal Hellsinger, music drives the action. Your aiming reticle pulses to the beat. Everything you do, from shooting to reloading, is timed to the music. And the better you sync with the beat, the higher your score. Nail a shot perfectly on the beat and you get a finishing move that restores your health. Like Doom and its old-school shooter brethren, score multipliers come via pickups and consistently good shooting. You never run out of ammo, though you do need to reload guns and bows. Health refills also come in the form of shattering crystals in the environment. 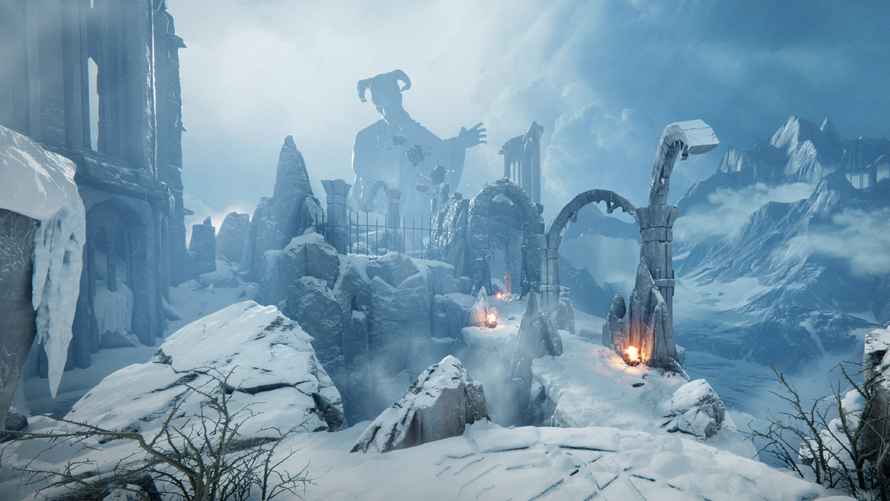 The firing rate of the six available weapons connects to the beat as well. Faster weapons like dual pistols, the demon skull, or the sword do less damage but can fire or slice n’ dice on every beat. Heavier weapons do more damage but have limited ammo, so you have to fire on the downbeat and reload in time. Just about every other aspect of gameplay connects to the music. Drop in health and the music starts to fade. Rack up enough combos and kill streaks and the vocals kick in, transforming the song into a metal tour de force. In between visits to hell, you pick your loadout of two weapons and two Sigils, which are passive abilities that boost performance.

The mechanics of combat are simple and easy to pick up. They become second nature in no time at all, allowing you to focus on the action and music.

If you listen to heavy metal and picture dark, gothic spaces and demonic creatures from hell, then Metal Hellsinger will be your jam. Though there’s some variety in the eight hell realms, they’re dominated by creepy caves, flowing lava, rocky mountaintops, and multi-height temple ruins. The action is so fast and furious that you rarely have time to take in the scenery. The art is stylized and the textures are pretty simple, but the color palette and overall aesthetic pair with the tunes perfectly. I will say that over several hours, the levels all pretty much blend together, with no particular area really standing out.

Like with the weapons, there is a limited roster of demons to fight. There are only around a dozen monster types, including mini-boss elites. They range from easy cannon fodder–great for building up your Ultimate weapon and score multipliers–to acid-spewing bugs, shield demons, and magic-tossing foes. Each hell realm throws increasingly difficult demons into the mix, but they’re almost always in the same rotation. 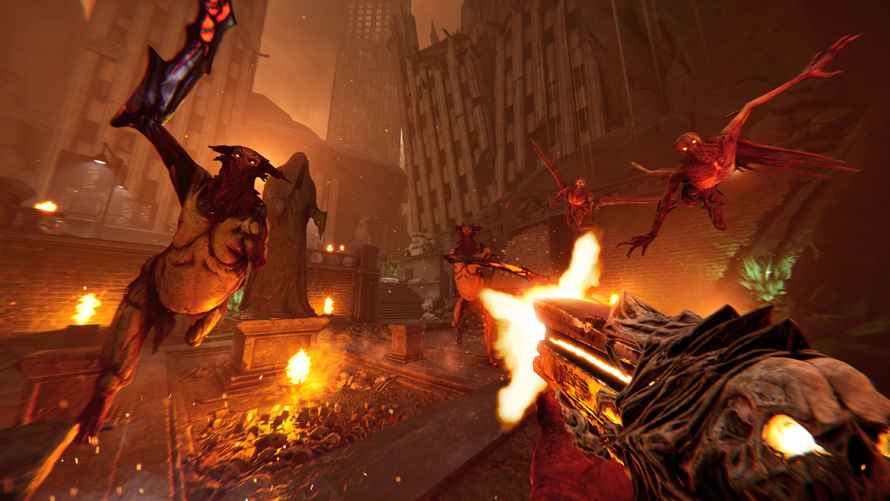 One of the coolest aspects of Metal Hellsinger is the way the level progression and pacing are tied to the structure of the music. Transitions between the three stages of each realm are accompanied by changes in the musical texture. And of course, the songs build to a furious climax as the level approaches the final boss. The last stage of each hellish run feels like old-school Serious Sam accompanied by hordes of demons, chainsaw guitars, and operatic metal singing.

Come for the Music, Stay for the Shooting

The roster of metal superstars lending their talents to the game is impressive. They include Serj Tankian (System of a Down), Matt Heafy (Trivium), Mikael Stanne (Dark Tranquillity), Randy Blythe (Lamb of God), Alissa White-Gluz (Arch Enemy) and Tatiana Shmailyuk (Jinjer). If you were hoping the game would be a greatest-hits-of-metal soundtrack, you might be a little disappointed. All those amazing artists provide outstanding vocals, but the music is by Swedish composer duo Two Feathers doing their best to channel different styles of metal. Overall, they do a fantastic job.

Fans of more progressive metal like Tool, Mastodon, or Dream Theatre might notice a lack of variety in tempo or texture over the course of the game. This is metal for the masses. On the plus side, streamers and YouTubers won’t have an issue with copyright strikes.

Running through Metal Hellsinger’s demon-plagued realms and beating the Red Judge only takes a few hours. However, a single playthrough isn’t the point. Metal Hellsinger wants you to keep headbanging your way through the realms of hell over and over, rising ever higher on the leaderboards. This is where the game’s lack of variety over time becomes an issue. Even over a couple of visits to hell, the repeating enemies and limited arsenal become overly familiar. By the end of just one playthrough, I really wanted to fight some new demons and hear music that was radically different in tempo or meter. 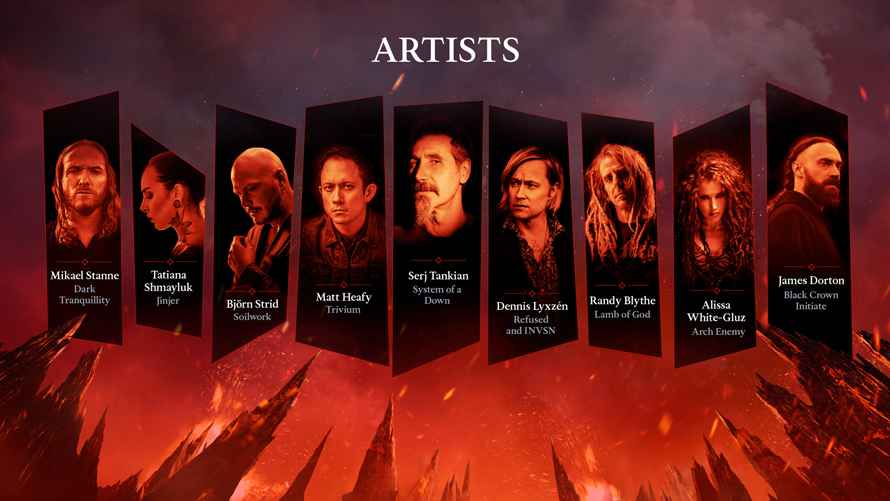 Metal Hellsinger is a fantastic blend of metal music and first-person shooting, with a headbanging gothic vibe that’s hard not to love. It’s a perfect duet of virtuoso vocals and furious action. Like the best metal band, it shreds. Over an extended play session, Metal Hellisinger’s lack of variety hits a slightly disappointing note, but overall it’s a potent and immersive mixture of hard rock and heavy-metal action.