I reviewed Aliens: Fireteam Elite way back in August of 2021. Seems like forever ago. I’ll admit, after finishing the campaign I never picked it up again. The base game is a pretty faithful homage to the original Aliens trilogy, but it just isn’t much fun played solo. The AI squadmates are pretty useless. The Season 2 content from December of that year added a new mode, new weapons, and lots of cosmetic items. Now we have the DLCPathogen DLC, which adds a new, three mission chapter to the campaign. Is it worth the $15 asking price?

Just because I moved on is not to say everyone else did. In fact, Aliens: Fireteam Elite has a faithful following, and if you have a reliable group of buddies (or luck into a good group of random humans), the game is a lot of fun. The key is communication, and that just doesn’t happen with the game’s AI teammates. You can solo the game, but the roguelike nature of Fireteam Elite and multiple, inevitable deaths add up to repetition and frustration.

I mention that because Pathogen doesn’t change up the formula. All the good of the original is still good. And the expansion is still patently not very fun played with AI.

The DLC takes place after the main campaign, so players will have to have finished those first four chapters. The new, three-mission chapter is called “The Promise of a Flower.” It sounds gentle and inviting, but of course, it’s anything but. This time around, the Xenomorphs have mutated into even more fearsome, powder-coated bug-reptiles. You take your squad into the alien hive and start shooting Xenos. While the third mission heads into new territory, the first two will feel very familiar. The enemies are essentially the same, if not quite cosmetically identical. 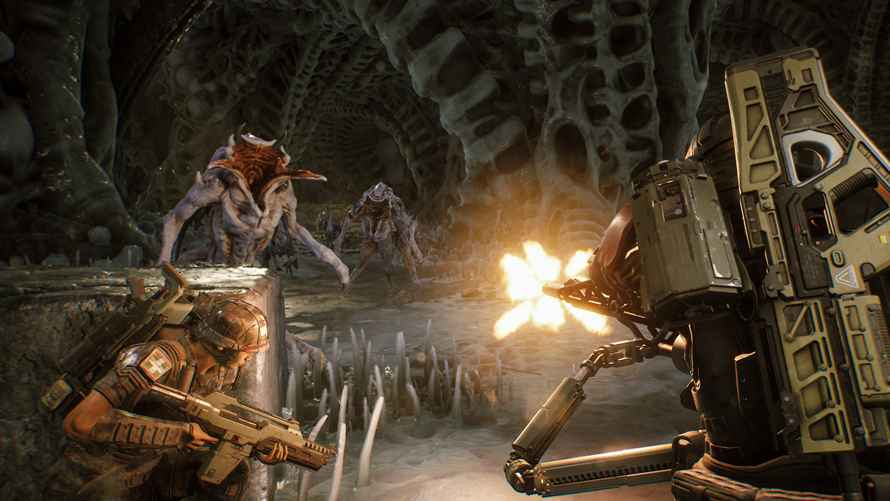 In addition to the new story content and missions, Pathogen includes a lot of new stuff to play with. There are four new guns (one for each mission and a final reward), new attachments, decals, outfits, headgear, and emotes. There are new achievements to chase and a new Hardcore Mode. Hardcore brings you back to a vanilla, baseline character and if you die, the game is over.

Players who have stuck with Fireteam Elite will probably appreciate just about everything Pathogen has to offer. The downside is that there’s only around an hour’s worth of new gameplay.

Aliens: Fireteam Elite looked and sounded very good when the game was released, with environments and Xeno designs that were spot on. It had — and has — excellent audio design and stellar music by Austin Wintory. The narrative writing hasn’t improved by leaps and bounds, but then, its main purpose is to move the player to the next mission and the next onslaught of bugs. 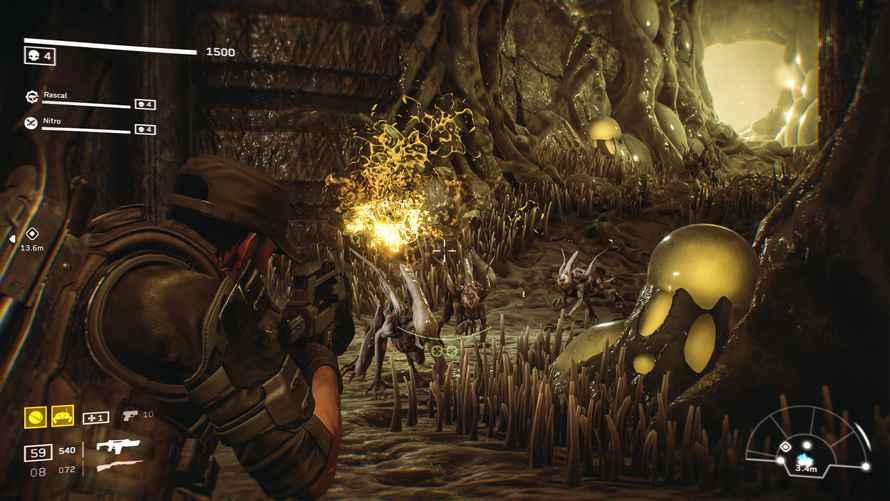 If you and your friends are still really into Aliens: Fireteam Elite, Pathogen is a no-brainer purchase. Like the Chapter 2 content, Pathogen adds lots of toys, cosmetics, and a new mode. For casual players only dipping into Fireteam Elite on occasion, the ratio of cost to content might not work in their favor. With the right group — that is, human friends or cooperators — Pathogen is just as rewarding as the base game, and extends the fun just a little longer.