Aliens: Fireteam Elite Review – One is the Loneliest Number

As both a film and later as a videogame franchise, the Alien license has had a spotty history, producing both brilliant and disappointing products. That rollercoaster of quality matters less than you’d expect with Aliens: Fireteam Elite, which certainly draws inspiration, creatures, and environments from the Alien mythos, but at its core is more cousin to Left 4 Dead or a dozen other coop survival shooters than aspiring to be the next videogame version of a Ridley Scott sci-fi horror flick.

Let’s get this out of the way at the start: while there are AI teammates to fill in missing humans, Aliens: Fireteam Elite is a frustrating and repetitive experience without the addition of fellow homo sapiens at the controls. Some of the repetition is inevitable due to the game’s mechanics (more on that later), and while I guess it technically might be possible to solo the game, I can’t think of a less enjoyable slog. The AI Alpha and Beta characters are intentionally blank-eyed automatons. They are competent in dealing with some easier swarms but utterly at a loss in the later missions of each campaign where high-level Xenomorphs begin to crowd the screen. Certainly, fighting alongside the AI on the easiest setting is a useful tool for checking out the level design, enemy placement, and mission structures. Just don’t expect them to do much heavy lifting when it’s crunch time. 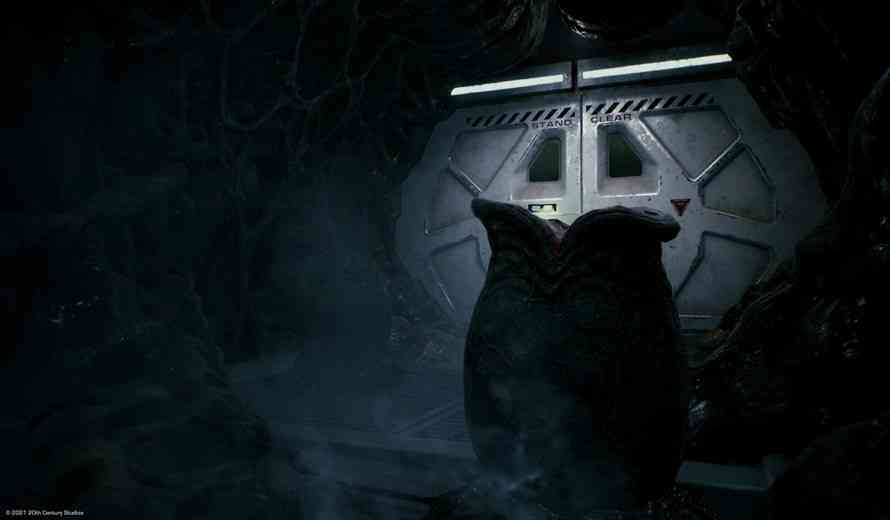 That bit of negativity aside, Aliens: Fireteam Elite can gift the player with many moments of pretty mindless fun, especially if the player’s three person team includes a Doc and a Technician. Balancing the squad is particularly important, as there aren’t enough healing items and laying down turrets and traps is often the closest key to a winning strategy in the game. Beyond that, playing with the game’s upgradable weapons, consumables and toys is quite entertaining and helps to make taking out the endless swarms, occasional mini-bosses and end level waves an interesting exercise in creativity.

Taking place in derelict spaceships, Xenomorph-overtaken settlements and underground in the alien hive, Aliens: Fireteam Elite’s campaign consists of four campaigns, each consisting of three rather linear missions, built on top of a series of rather uninspired objectives. Unsurprisingly, each mission of each campaign amps up the challenge by introducing new and stronger enemy types, so by the final wave of each campaign your team is being assaulted by both large numbers of agile Xenomorphs as well as slower, more powerful or specialized enemies, both alien and hybrid. Obviously, Aliens: Fireteam Elite has moved far beyond the types of Xenomorphs represented in the films, adding inventive new creatures that — no surprise — are sort of Xenomorphs married to classic videogame zombies, resulting not just in the classic Alien menagerie, but exploding Xenos, acid spitting aliens and many more. Balancing the enemy strengths against the weapons and toys of a well-equipped team is part of what the game does best, along with creating that near-constant feeling of being overwhelmed by the monsters. Not unlike, uh, every shooter you can upgrade your gear back at base using credits earned from missions, as well as equip a selection of perks. Optional Challenge cards add special conditions, amp up the difficulty, and provide specific rewards for each mission, adding at least a small degree of variety. 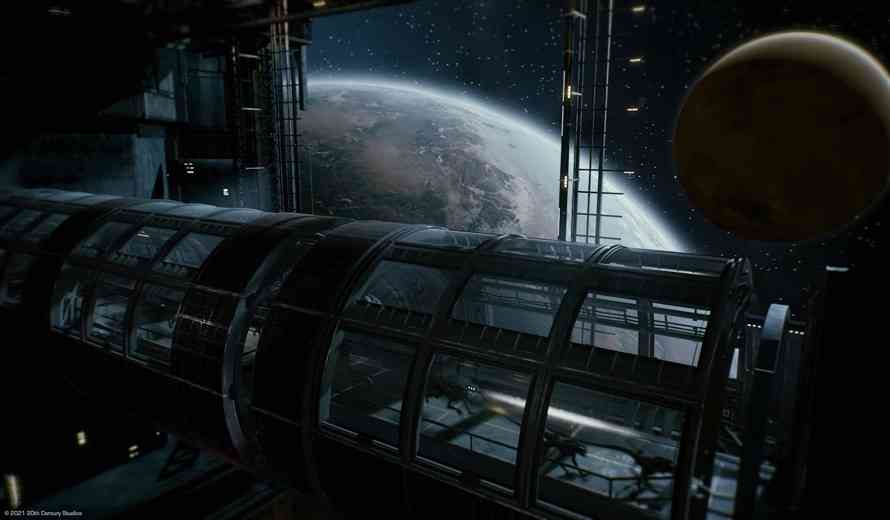 Hey! Who Got Roguelike All Over My Squad Shooter?

Adding a roguelike mechanic to a game is certainly popular right now, but in the case of Aliens: Fireteam Elite, I’m not certain what value it brings to the experience. I understand that the developers probably assumed it would add “tension” to the already challenging fights, but since there are no mid-mission saves or respawn points, dying in the last few seconds of the mission due to incompetent AI companions, buggy matchmaking or even legitimately poor play results frustration and re-trying the missions, listening to the same jokes and soon-stale voice overs, and using up the rather expensive consumables and/or rare item drops. Of course, some of that pain can be mitigated by playing on Casual instead of Standard difficulty, which is really the only option if you’re playing with AI bots. Given that all members of your human squad have to be at or above the same level to play a specific mission, the game is banking on either there being plenty of random humans to fill the spots or that you have friends all willing to level up together. Once beaten, all levels are replayable, I guess doing double duty for a sort of skirmish mode. Short of grinding for XP or coin, I can’t imagine why anyone would want to revisit the missions, however. For those who have completed the campaign, there is also a Horde mode.

Generally, Aliens: Fireteam Elite does an outstanding job of recreating the look — albeit less dark — and tone of the films and lore without being slavishly beholden to it. Everything–environments and Xenomorphs alike–are sharp and polished, with moody steam (and aliens) spewing from every orifice, jump scares aplenty and skittering sounds that may or may not foreshadow an attack. The voice acting is fine, but the NPCs are blandly written. The script and story try to walk the line between irony and genuine tension or drama, so the tone is inconsistent, the drama never builds and the humor falls kind of flat. A consistently escalating dramatic arc is probably too much to ask given the game’s roguelike, multiplayer structure. The animatronic-looking NPCs that speak without moving their lips makes the home base feel like a waiting line pre-ride at Disneyland.

Austin Wintory might be the most consistently inventive composer working in videogames, and he has shown himself to be capable of creating music with amazing emotional range. Aside from some quieter moments on the base, Wintory’s score is primarily (in his words) “raw carnage and muscle,” consisting of percussive elements, dissonant accents, low strings and a number of exotic instruments that lend an otherworldly quality to the violence. 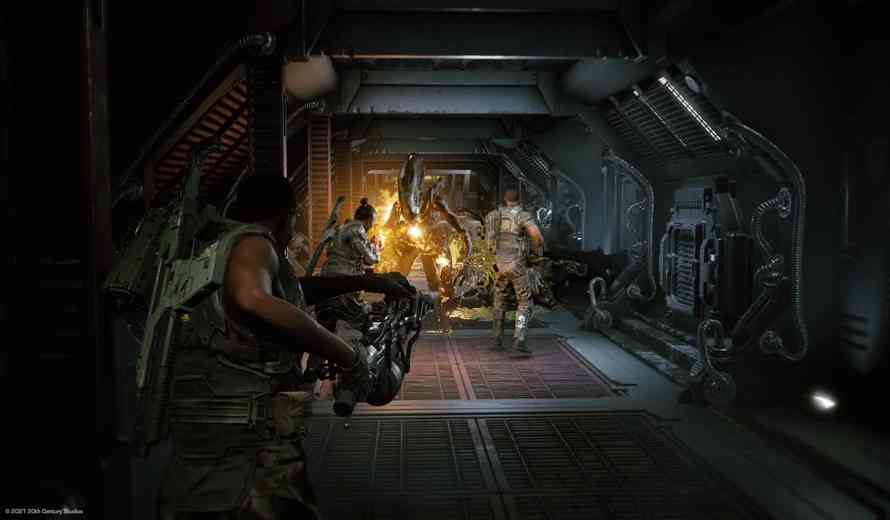 Apart from a camera that despises the view from a corner, some buggy and inconsistent team matchmaking mechanics, and the curious decision to add punishing roguelike elements, Aliens: Fireteam Elite is a polished and potentially fun and action-filled romp through a corner of the Alien universe and lore. Played without human squadmates and reliant on AI stand-ins at anything but the easiest difficulty, the game’s more repetitious aspects begin to grate, as failure will be inevitable. Played with a trio of living beings possessing some situational awareness, reflexes and the ability to communicate, using an arsenal of cool guns and toys against swarms of iconic Xenomorphs is a mindless, if not mind-blowing, good time. 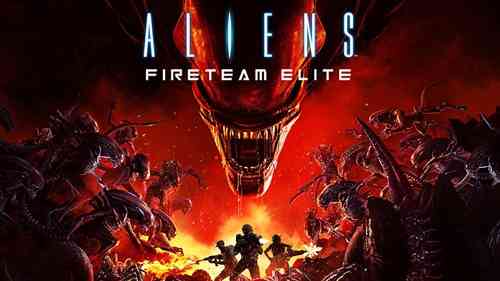