There was a moment in time, five years ago maybe, when rednecks seemed to be pretty hip. Larry the Cable Guy was “Gittin’ er dun” on stage to sold-out crowds; My Name is Earl was a semi-popular thing; and more recently the Duck Dynasty guys have found some fame. Call me out of touch, but I don’t get it. Maybe it’s their simplicity that people attach to. If that’s the case then people will have a lot to attach to in Immortal Redneck.

After an alcohol-fueled dune buggy romp through Egypt, a redneck tourist finds himself abducted and mummified by a gang of local Gods. It’s pretty much the only set-up you need for a game like this, and honestly it’s delivered in a surprisingly taut and promising way. So much so that by the end of the intro I had bought into Immortal Redneck’s premise. I was itchin’ to blow up some got-dang Egyptian varmints. But the good first impression quickly fades when you realize how mediocre the game truly is.

“…the good first impression quickly fades when you realize how mediocre the game truly is.”

Immortal Redneck is a shooter with roguelite elements a la Rogue Legacy. In fact, most of the progression is taken from Rogue Legacy wholesale. Which isn’t entirely a bad thing; that game did it pretty damn good. But it points to a much bigger problem with Redneck: its lack of unique personality – more on that later. 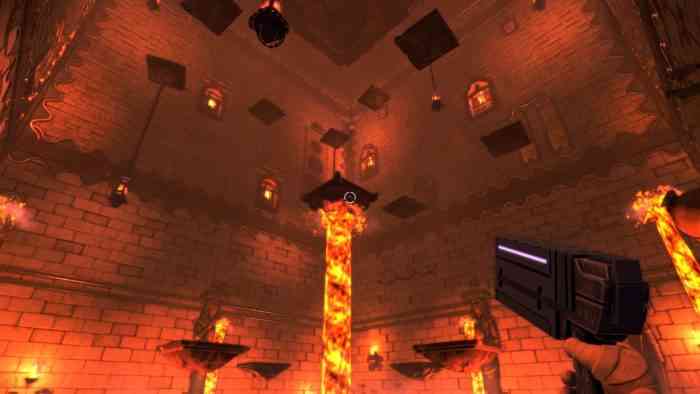 As a shooter, Immortal Redneck doesn’t stand up to its competition. I mean it’s adequate, you can point and shoot at things and they typically die, but none of it is particularly fun. The enemies run around in lifeless AI routines that offer as much challenge as tying a shoelace. What are these enemies you have to look forward to you ask? Yellow snakeboy. Angry ram. Or frog.

Okay, I guess the frog has Biblical relevance. Frog gets a pass. The point I’m trying to make here is that the enemies are lame and shooting them isn’t much fun. What greater sin can a game commit?

“As a shooter, Immortal Redneck doesn’t stand up to its competition.”

It boasts over 50 weapons, but most of them are equally frustrating as entertaining. An early weapon for example, the machine gun crossbow, is great at first glance. It kills things pretty quickly and has good accuracy – wicked. Unfortunately it’s got a 5 second reload timer, which seems like a petty thing to complain about, but the developers locked you into the reloading animation like some Dark Souls shit. No weapon switching, nothing. You had better be sure you want to reload before you hit that R key. At best it’s annoying, at worst it’s run ruining. Other weapons like the Ankh and shotgun are low impact and unsatisfying. The game has a good weapon variety, but if they aren’t exciting to use what’s the point? 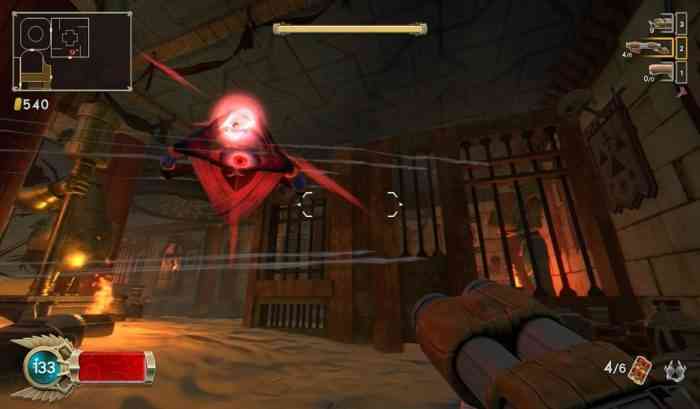 Much like other roguelikes, the levels are broken into a series of floors that are randomly generated. Often it’s a series of combat rooms strung one after the other until you find the staircase. Do that enough times and you’ll fight the level’s boss. Beat the boss and you’ll open access to the next, harder level. Between runs you’ll use the money earned to upgrade and unlock your various characters abilities and attributes. You know how this works, you’ve been to this rodeo before.

“There’s a greater depth to the level design than you get with most other shooters of this quality.”

The environments look pretty good actually, and I can tell a lot of work went into them. There’s a greater depth to the level design than you get with most other shooters of this quality. But unfortunately that can’t save Immortal Redneck from its mediocrity. It truly suffers from a lack of personality.

On second thought, maybe a lack of personality isn’t the right turn of phrase, because the game does have one. Unfortunately it’s not a person I want to spend much time with. He’s kind of boring, he’s loud in all the wrong ways, and he thinks he’s the coolest guy in the room despite evidence to the contrary.

** A PC code was provided by the publisher ** 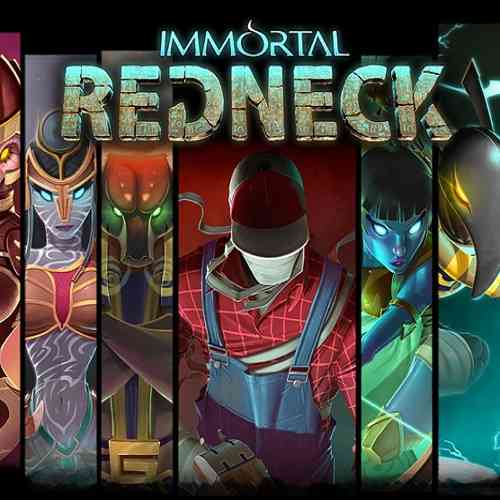