As someone who loved the PlayStation port of Lara Croft GO, and was heavily impressed with the new campaign created specifically for that version of the puzzle game, I was excited to see what developer KO_OP could do when left to their own devices. The result is GNOG, a gorgeous looking puzzle game that has players exploring the heads of monsters that hide a tiny world within them. It’s a wonderfully weird concept, and one that has a ton of potential.

Most of the puzzles in GNOG start the same way, as the player must figure out how to unlock the back of the monster head to see what’s inside its noggin. These opening puzzles tend to be easy to figure out, but set a general tone for the level. Themes range from burglary (my favorite level) to music, and each are presented in a superb way.

Once inside the head, the game gets far more interesting. From helping scientists conduct an experiment to cooking meals for some hungry creatures, the player gets to do some pretty rad things by simply moving their cursor around the screen and interacting with objects. Accompanying these tasks is a well-done dynamics soundtrack that is consistently building as the player goes through the level. It creates a satisfying vibe as my progress wasn’t only seen on-screen, but also heard. 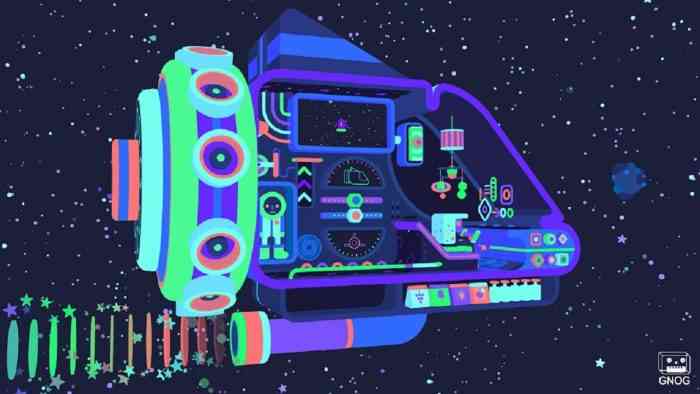 My favorite moments were when the puzzles really made me think. From being forced to look for clues within the beautiful environment to slowly assembling a complex contraption, there are a bunch of cool moments to be had. One of my favorite experiences was fixing up a damaged space ship, and then guiding it around the galaxy to pick up space debris. It was a cool payoff to all the work I had done prior, and the stage ended with me grinning ear to ear.

Sadly, these sorts of satisfying puzzles were the exception instead of the rule. Most of my interactions weren’t really puzzles, as I was just mindlessly twisting knobs or pulling a lever forward. It’s still exciting to see what each trinket does, but rarely did I feel like I had accomplished something. It’s not much of a negative, as the charming visuals are always fun to interact with, but I was left wanting to do more as most stages were built around one awesome puzzle with a bunch of window dressing surrounding it.

“It’s not so much that I was left wanting more, but rather that I wasn’t fully satiated with what I had.”

The quality of the puzzles may vary, but GNOG consistently looks incredible when played in virtual reality. I admired the artwork and animation when it was on my television, but it was as if I was peeking into a tiny world when I had my PlayStation VR headset on. I could get as close to each individual element of the screen as I wanted, and the extra sense of dimension really makes the game a much cooler experience. I heavily recommend playing in VR if you can, even though nothing changes from a gameplay perspective.

If there’s one major disappointment, it’s that GNOG ends before any sort of stride can be hit. There are only nine levels to figure out, and then the credits roll. It’s not so much that I was left wanting more, but rather that I wasn’t fully satiated with what I had. There is a light bit of replay value to be had, as KO_OP made the smart decision to tie several trophies to finding secrets in the levels, but it’s all over too quickly. 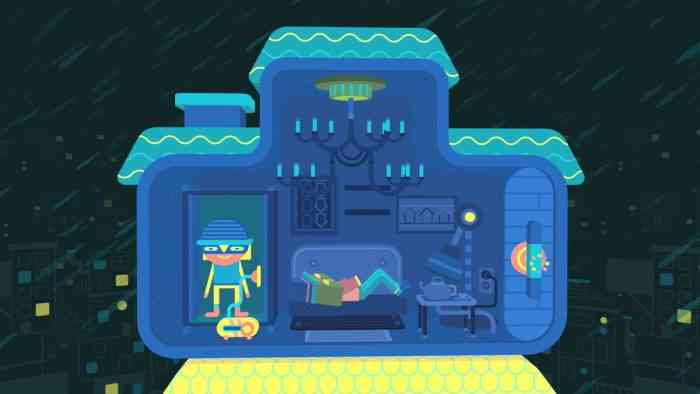 GNOG is a sight to behold in virtual reality, but when that spectacle is taken away it becomes an incredibly charming, yet non-spectacular, puzzle game. The audiovisual experience trumps the puzzle design, and there’s not enough complexity for any real eureka moments to occur. KO_OP has made a game that’ll keep the player’s attention for the two hours it lasts, but one that fails to make any sort of lasting impact. 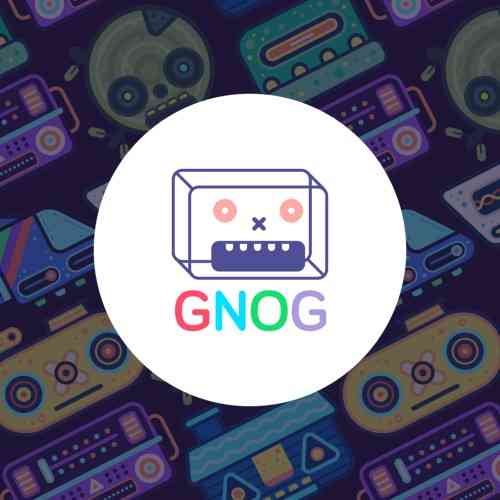