DC’s caped crusader is an icon whose legacy is evident in each form of media. From comics to the cinema, Kane and Finger’s masked vigilante has left audiences in awe since his inception in 1939. Although he has swooped on to consoles several times before, it was Rocksteady’s 2009 effort, Batman: Arkham Asylum that truly captured the essence of the Dark Knight. Due to its brutal ballroom battle system and gorgeous gothic design, the game became an instant hit, spawning several releases. An often-overlooked entry in the series is Arkham Origins. With its stellar story which features some of the franchise’s best boss battles, WB Montreal clearly showed that it could deliver an action-packed experience. Now at the helm, the Canadian crew aims to place the supporting cast front and center with Gotham Knights, but will the sidekicks be able to fill Batman’s boots?

The world’s greatest detective is dead. While those associated with Bruce mourn, new criminal underworlds are forming. Even though each hero has a connection to Batman, their motives and beliefs differ. Due to this, they struggle to work together but they know that they must in order to investigate the Dark Knight’s death. With grief for their mentor and vengeance in mind, the four heroes band together to protect the city and become the new defenders of Gotham.

A Death in the Family

Discussions between the characters build each of their personalities. Jason Todd’s hot-headed antics clash with Dick Grayson’s upright demeanor to create a fascinating dynamic within the group. Seeing them grow as individuals and gradually develop as a team is wonderful. The care and consideration for the cast successfully elevates them beyond their supporting roles. 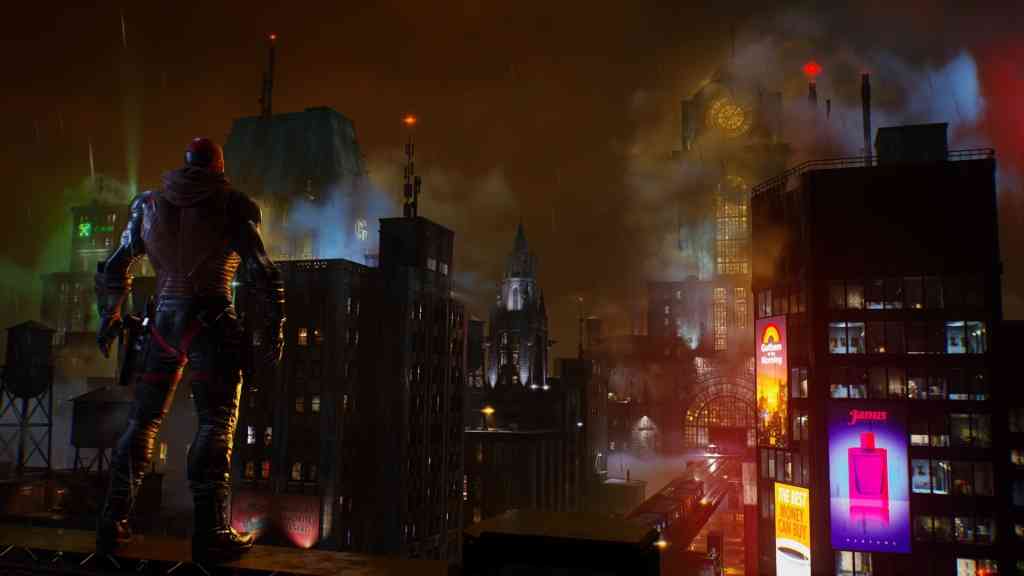 Through the day, you are in the Belfry, your base of operations. Here you can piece together clues that you obtain through your night patrols, upgrade your gear, and switch protagonists. WB Montreal gives you the freedom to play who you want when you want, as your levels and unlocks carry over. Each of the characters follow the same control system which allows you to easily transition between them. Their strengths and weaknesses differ, so you can select the hero that best suits your playstyle. Batgirl has a number of gadgets at her disposal whereas the Red Hood can use guns and explosives. Robin is adept at stealth and Nightwing is an acrobat with expert close-quarters combat skills. The character roster lets you experiment with how to play the game and gives you a wealth of options to do so.

At night, you are the protector.  As you don your iconic attire, you will need to scour Gotham for crime and investigate leads. The rogue’s gallery in Batman is full of unique and terrifying villains and plenty of these make an appearance in Gotham Knights. You will need to track down and face famous foes such as Harley Quinn, Mr. Freeze and many more. Seeing how the death of the Dark Knight affects his adversaries is fascinating and further emphasizes his impact on society. While conversations with antagonists have the same focus, the dialogue alters depending on the hero. Due to this, encounters feel more unique, encouraging multiple playthroughs. 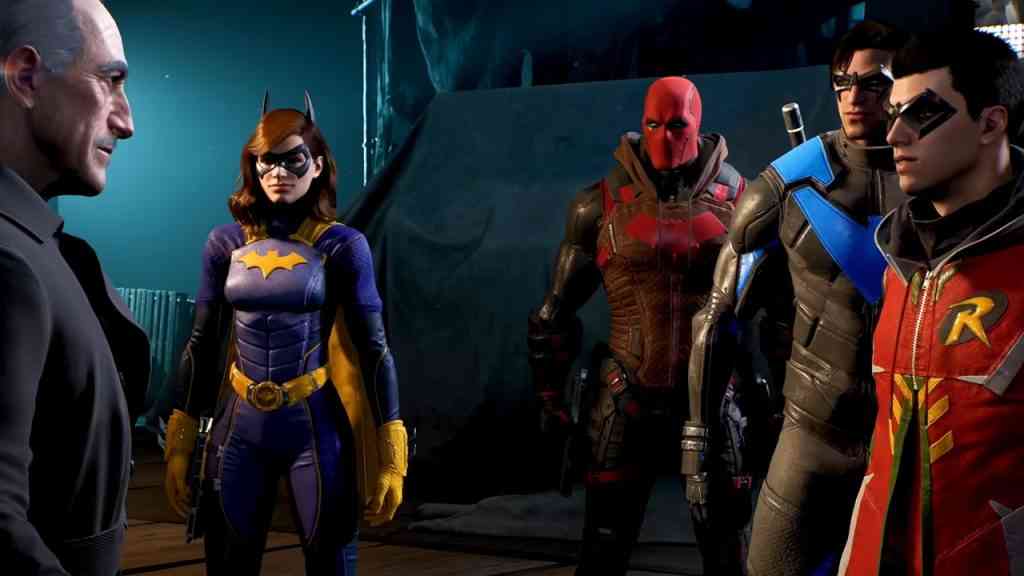 Campaign missions are varied and successfully develop the overarching narrative. You will fight an array of enemy types and investigate murders to progress the plot. In addition to this are challenges that reward you with crafting materials and crimes that occur across the city. Tackling these offenses can be repetitive as they follow a fixed number of structures. You can team up with a friend or take on the horde of henchmen on your own. The implementation of co-op is seamless. Friends can drop in when they like to support with crimefighting and perform special co-op combos. Loot, experience, and story progression can be taken to your own game which adds further freedom and variety to how you play.

Even though Gotham Knights’ art direction is similar to the Arkham series, this is not a sequel, nor is it even set in the same world. Due to this, it can take a while to retrain your muscle memory and adapt to the combat. However, when you do, it’s glorious. While it is built on the foundations of its predecessors, the game alters key elements to form its own identity. You can still gracefully glide across the environment to create a symphony of pain but the iconic counter is absent. Instead, the game focuses on dodge mechanics. A visual clue appears and you must flip or sidestep the attack to avoid harm. This, alongside expert timing, will build your meter and allow you to unleash a special ability. These are paramount as you will often fight foes with particular weaknesses that you can exploit through the attacks. 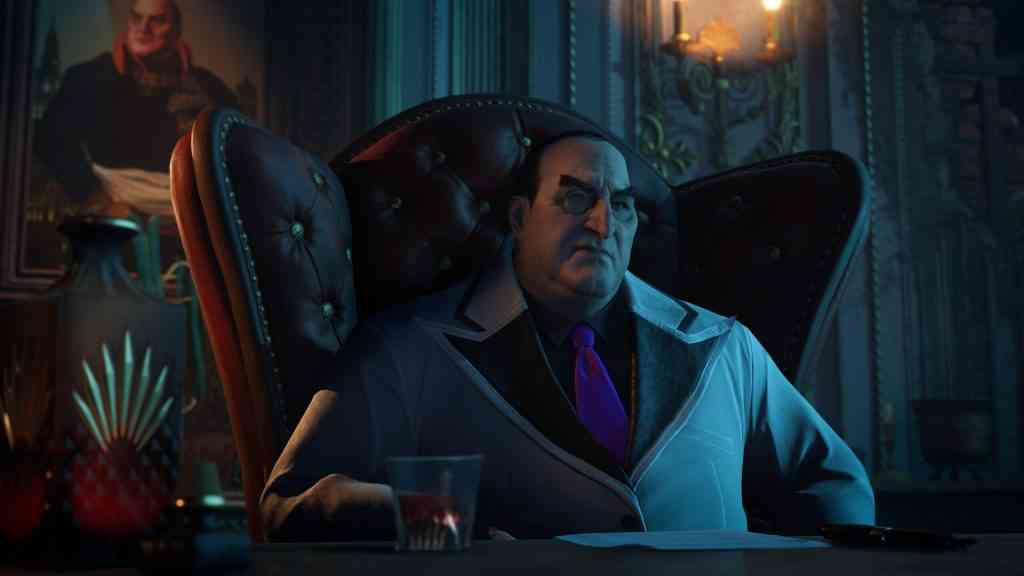 As well as your melee attack, there is a dedicated button for range combat. This allows you to quickly and easily combine moves to take out enemies in a slick and cinematic manner. Elaborate animations conclude fights to make you feel like an ultimate badass. Due to its intuitive and simple design, Gotham Knights is extremely accessible. New maneuvers are drip-fed, so as not to overwhelm, and to steadily open a number of possibilities to clear the battlefield. Unfortunately, you can no longer track your flurry as the combo meter is absent, which is disappointing.

A Serious House On Serious Earth

The city is vast, with three islands and multiple districts which make up the land mass. In order to traverse the world, you can grapple through the night sky or race through the streets on the batcycle to reach your objective. The sense of speed is missing when on the road, and due to this, you may resort to fast travel. Unlike the Arkham series, Gotham Knights features citizens who wander the streets and verbally support or oppose your actions. There’s a lovely use of verticality with many buildings that you can perch on to eliminate unsuspecting goons. The juxtaposition of neon lights and gothic architecture creates a stunning aesthetic that faithfully captures the city. 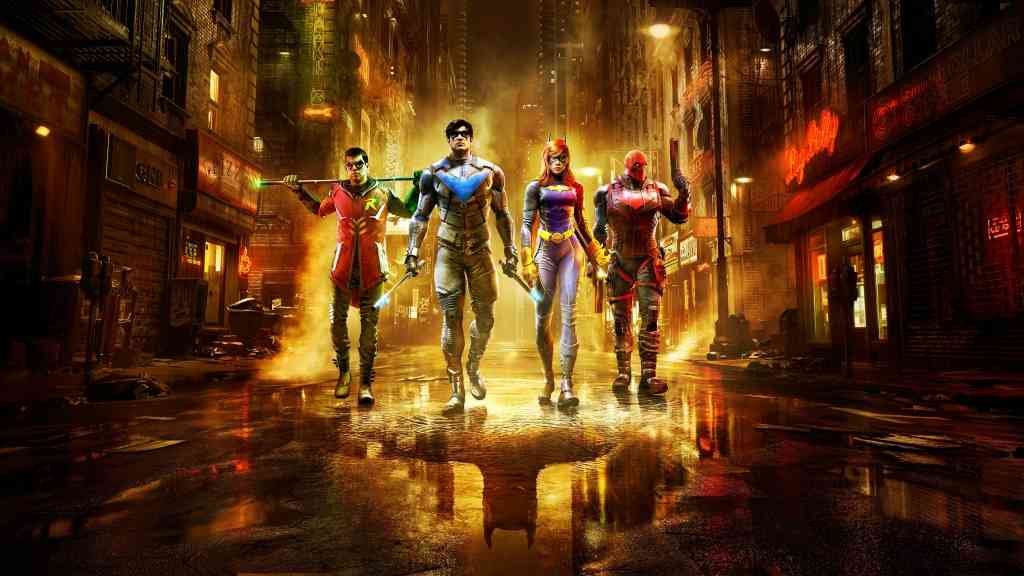 Gotham Knights is bold and brave. It removes the leading character of the universe in order to focus on those who are often pushed aside. The treatment of the new team is fantastic and as a result, WB Montreal has found new figureheads. While the combat differs from Arkham, it’s still a brilliant system that successfully evolves the formula with performance-based abilities. Some missions are repetitive and traversal lacks the speed and ferocity of the combat. However, the game is a joy to play and perfectly captures the birth and growth of a new band of bats. 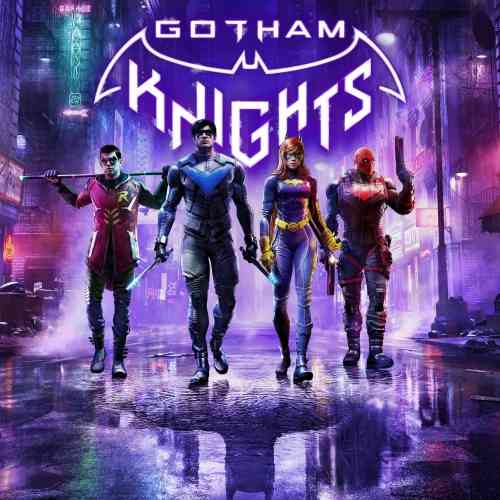