Batman: Arkham Knight Review – A Glorious Send Off For The Caped Crusader

***Editor’s note: This review comes with mild spoilers for the game. Proceed with caution***

It came after a slightly lengthy delay, a lot of speculation and much anticipation. Now, you can ‘Be the Bat’, as the ad campaign promised, and assume the mantle of The Dark Knight in a last ditch effort to save Gotham. This time, it’s not from the recently deceased Joker, but from Scarecrow and his hired gun the Arkham Knight, a man whose hatred for the Bat runs deep and cold.

In the final installment of the Rocksteady’s phenomenal trilogy of Batman games, Arkham Knight puts the Caped Crusader yet again through another crippling night of hellacious events as he tries to save Gotham at all costs. This time, Scarecrow has threatened to turn the entire city into a nightmare by detonating Ace Chemicals to spread his Fear Toxin far and wide. The residents of Gotham are evacuated and it’s up to Commissioner Gordon, a handful of officers and the Bat himself to put a stop to this. However, all is not what it seems as Scarecrows hired mercenary, the Arkham Knight, shows up with a mighty militia army with only one goal – kill Batman.

“They also paid attention to their fans demands and supplied them with the one thing that was missing from the first two games. The Batmobile!”

As their trilogy progressed, Rocksteady took everything that made Arkham Asylum a superb game and expanded on it, giving the player more of Gotham to explore. With Arkham Knight, they go even further, giving the player access to all of Gotham as you traverse the city, fighting militia forces, thugs and encountering some of Batman’s greatest nemeses. They also paid attention to their fans demands and supplied them with the one thing that was missing from the first two games – The Batmobile! Part car, part tank, you can finally rocket around Gotham in your armoured vehicle that can also transform into a tank in order to fight the Knight’s forces.

The gameplay is very familiar as it replicates the controls of the previous games, growing your combat actions and gadgets instead of making you learn a new combat system. They have added things like ‘Fear Takedowns’ where you can incapacitate multiple enemies, a bunch of new types of thugs to battle and several handy new gadgets. Of course, the Riddler is back with some of the most cleverly cruel riddles yet and the Batmobile is around to help with all of it. The addition of the Batmobile opens the game to vehicle fights which adds a completely new layer to the gameplay, for better or worse (more on that later). 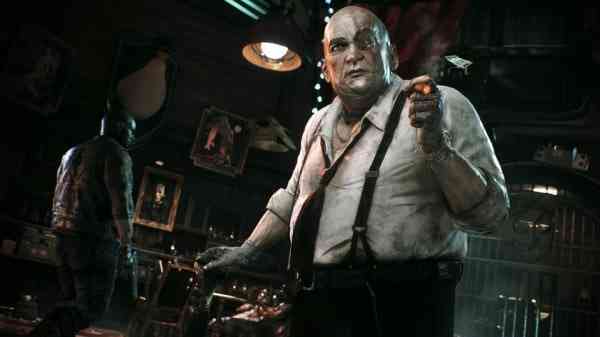 Where the Arkham series has always shone and where it makes Arkham Knight truly standout is in its storytelling. The story that this game weaves is, quite frankly, remarkable. As always, they closely follow up the story of this game with the previous chapters of the series and it starts out with you cremating the Joker, who you may remember as dying in the thrilling conclusion of Arkham City. As the story unfolds, we find Batman pitted against Scarecrow, the madman who preys on your fears. He is paired with the Arkham Knight, the self stylized rival of Batman, an opponent that not only looks like him, but also fights like him. A perfect one two punch for Batman to take on. Except that Batman isn’t himself anymore.

After being infected by Joker blood in City, Batman now finds himself and four other victims being taken over by Joker. So, as Batman tries to fight these real world villains, he himself is coming unglued as an imaginary Joker follows him throughout the city, continually harassing him, trying to get him to break. Batman’s greatest battle becomes the one within himself.

The dichotomy of fear and power as Batman struggles between the two becomes palpable as the story progresses. The game goes to some very, very dark places as Batman wrestles a mental Joker, emboldened by Scarecrow’s Fear Toxin and the Arkham Knight who knows far too much about Batman himself. It also allows for some seriously funny running commentary by Joker and a ‘too funny to explain’ song and dance number that simply has to be played. What has always made the Arkham series so special to me was not only getting to play as Batman, but in the wonderful way they crafted these magnificent stories around the heroes mythos and his lengthy time in the spotlight. Arkham Knight takes that and creates something much better than simply a great Batman story, but a truly great story overall.

“In the end, how good is Arkham Knight? It’s the best Batman game you’ll play and by that measure, the best superhero game to date.”

Now, as much as I’d like to continue to tell you how amazing this game is, there is a couple of things that straight up infuriated me. The inclusion of the Batmobile is singularly awesome and makes the game that much more fun… right up until it doesn’t. It was almost like they wanted to make up for lost time and had you do as many Batmobile missions as possible. Like, almost half of the game. The tank ones were actually pretty fun until you get late in the game and you’re playing tag with, literally, nearly a hundred tanks at once. The Batmobile’s controls were also quite questionable but adequate even if it made chasing someone down rather difficult. However, if you were being chased, which happens pretty often, the controls were almost unbearable. The slightest bump of the stick would send you careening into a wall or into a horrendous tailspin. I also felt that there were too many missions that had you fighting the militia. Guard towers, IED’s, APC chases, taking down missile defence systems; I think I would have preferred spending more time chasing down Batman villains, but they needed to fit within the construct of the story, so I understood. Still would have preferred though. 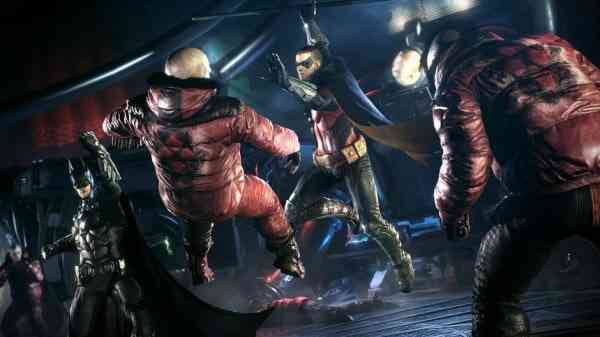 In the end, how good is Arkham Knight? It’s the best Batman game you’ll play and by that measure, the best superhero game to date. The identity of the Arkham Knight is controversial, but it works when you fit it in to the overall story arc of the game. The plot weaves a taut, psychological campaign that brings you into the darkest areas of Gotham including the murky and even darker depths of Batman’s psyche. It also manages to punch you right in the feels quite often, and reinforces how truly horrifying the Joker was as a villain. There was a little too much focus on the Knight’s militia in the sidequests and a few too many tank battles; however, these small issues do not take away from this truly magnificent game. If you’re anything like me, you’ll have dug a small child’s Batsuit out of the basement and sit glued to the TV as you attempt to save Gotham all over again. A terrific sign off, Rocksteady.

***A retail PS4 review copy was provided by the Publisher***