Dakar Desert Rally takes on the biggest rally race in the world. This is a forty-year-old race that takes place across the vastness of the Saudi Arabia desert. Game developer, Saber Interactive has taken on the gargantuan task of capturing the 20,000 square kilometers of terrain of the race in a game. The Dakar Rally is not only huge in scale, but it is a mega media event that is televised to over one billion viewers. This review is based on the PS5 version.

As expected, this is one of the most grueling rally racers. The heat and sand of a desert rally takes a heavy toll on man and machine. And what a rally it is! The race features six classes of vehicles including motorcycles, cars, truck, classic rally vehicles, quads, and side by sides. This is quite a mix.

Some categories are straightforward to race outsiders such as the motorcycles. Less well-known are the quads and side-by-sides which are basically evolved forms of dune buggies. Most surprising are the trucks. They look less like racing rigs and more like construction vehicles. They’re rectangular boxes with thirteen-litre, turbo-charged diesel engines.

Each racing class has its own unique challenges. In such a large scale and inhospitable race, each entrant must not only be a driver but a navigator, and an engineer. Single-person vehicles bring maneuverability and speed but are more fragile. Plus, the driver has to do it all. The larger the vehicle, the slower and more cumbersome it becomes while allowing for a two or three-man crew to spread out duties.

A big part of the strategy involves vehicle maintenance. The desert environment is harsh, which causes great wear and tear. You must balance out which repairs are vital against the time needed. The game does a good job of simulating and displaying damage.

The common denominator all vehicle classes must face is the desert sand. In racing games, simulating handling is the most important and difficult to do. Part of the difficulty comes from how realistic is the physics are aiming to be. Arcade racers favor gameplay over realism. The other part comes from the surface being raced on. 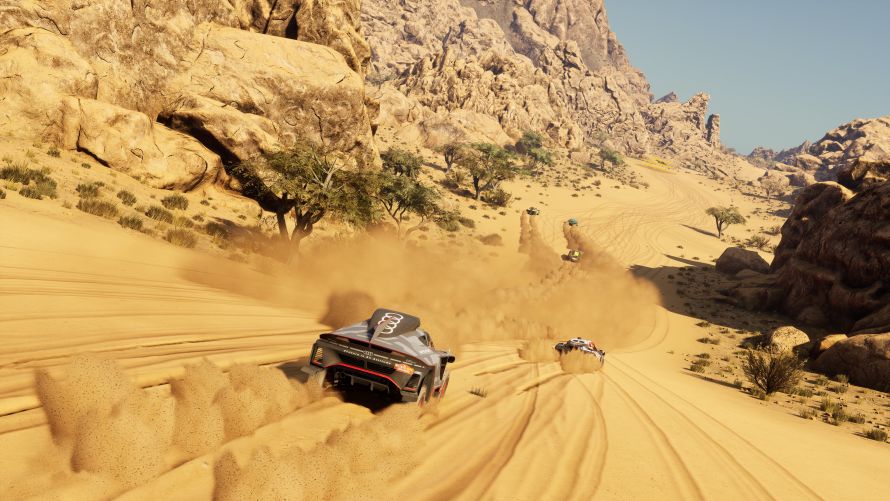 The softer the surface, the harder it is to mimic in a game. With vast swatches of the Dakar race route on the sand, handling is problematic. In this game, it is very easy to get pulled off the desired direction. You must learn judicious application of the throttle, otherwise, you will end up being pulled into a spin. Fishtailing or doing unwanted 180-degree spins are quite common. Recovering is also frustrating because 360-degree turns too easily occur.

There are some tuning options you will need to tweak. Adding angle to the steering helps, but only slightly. Straight-line driving feels OK with a proper sense of weight. Oversteer is another matter. Hit a drift or land crookedly from a jump and control is lost. Smaller vehicles like the bikes and cars feel more stable, but the quads are horrible. By far, the most fun to drive are the trucks, despite their size.

Immense Scale of the Dakar Desert

Where the game excels is in the desert environment. One may think the vast expanse of a desert to be nothing more than a sea of unending dunes. In Dakar, you will often encounter twisting valleys and canyons with major elevation changes. You often feel more like a boat negotiating the waves of a violent ocean storm. The sense of scale, no matter which vehicle you drive, is awe-inspiring.

The time of day and wild weather graphics add to the immersion factor too. While the effects look great, beyond some reduction in visibility, none of them seem to affect vehicle handling. 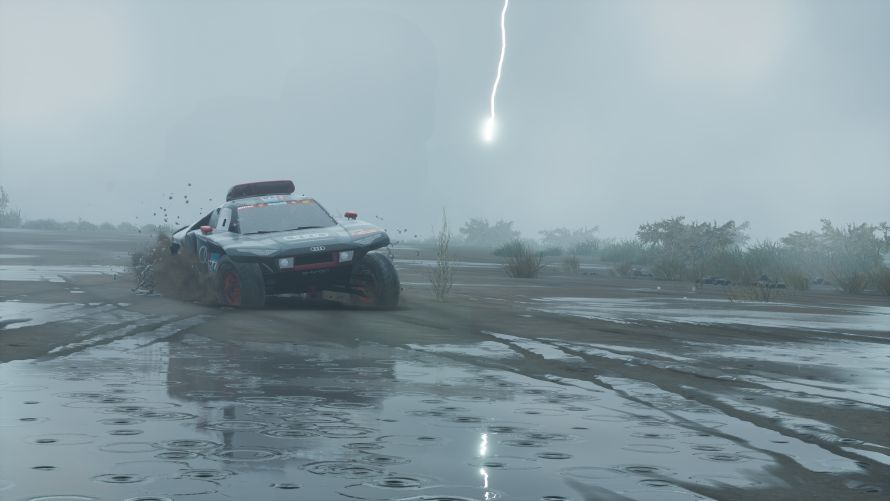 Dakar accommodates player skill levels by offering three modes: Sport, Professional, and Simulation. The Sport mode is the arcade mode designed for quick pick up and play. This mode gives the player all the various aids available. Waypoints are easily visible as glowing yellow icons, making navigation easy. Professional and simulation modes remove the visual aids and require the player to use the rally notes and co-driver instructions.

Unfortunately, for the more difficult modes, the distance scaling used hobbles the usefulness of co-driver instructions. The game uses a 1:5 scaling which has not been translated to directions. So a left turn, two kilometres away, is in the game, only 400 meters ahead. This imbalance hurts the driver more than it helps. The game supports single and multiplayer modes.

For the die-hards, there will be some grinding to get to the Simulation Mode. You can’t access it until you reach a skill level of 25. This means hours of unwanted racing at the lower levels to open the main event for the dedicated players. It also means the rally is forever locked out to casual players.

On launch, the game still feels rough around the edges. Some have reported issues with autosaves resulting in lost hours of gameplay. There are some noticeable graphical issues such as stuttering for each of the modes: performance or quality. 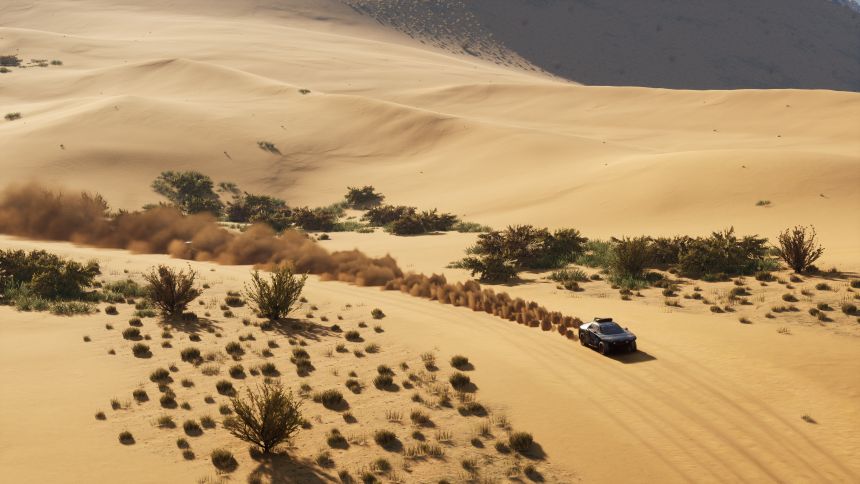 There’s a lot to like about this game. The sense of scale and visuals is amazing. However, the core aspects of the game, such as handling and getting access to the main rally, are frustrating. Saber Interactive has done a good job on the macro level of the game. With upcoming pledged updates, I’m hoping they enhance the micro aspects which are badly needed.

Dakar Desert Rally is out now and available on platforms. 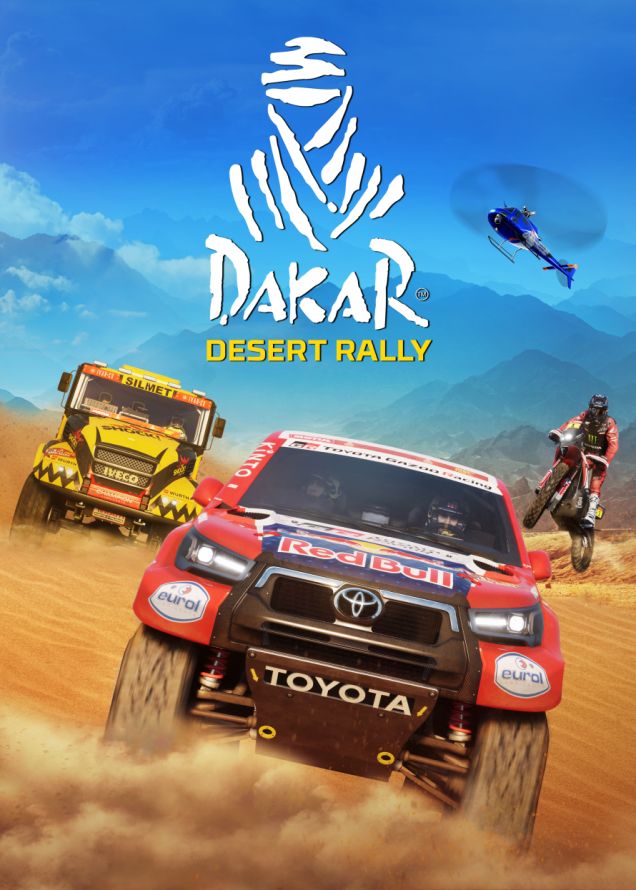