We previewed Good Robot a while back, and were happy to hear it was released. While there weren’t a ton of changes to be made before it launched, we have to say that Pyrodactyl has done a bang-up job of putting the remaining final touches on their twin-stick shooter.

Simple controls, a pretty art style, and humour are generally enough to make me enjoy a game. Throw in an interesting story – shallow or not – and an upgrade system, and I’m hooked. The first time around, despite being a bit burnt out on rogue-likes and rogue-lites, Good Robot was refreshing in the way it handled itself. Sure, on the surface it’s just a 2D shooter, but once you start to dive in and make more calculated decisions in an attempt to go further and further, you get to a point where your little robot feels like an investment.

“This is a game where if you’re not paying attention, you can be killed quickly.”

Now, if you enjoy rogue-likes, you know that death can be frustrating. It sucks going from a buffed up hero back to square one, but it allows you to build him/her up differently each time (if you’d like to, anyway). I’m usually OK with this, but my single complaint about Good Robot is I wish there was some kind of easy mode to let me keep my little ushanka-wearing robot friend. This is a game where if you’re not paying attention, you can be killed quickly. Burst damage from an enemy that shoots multiple projectiles, bumping into electrified walls, or even a tough boss can end your existence in a matter of seconds, despite the cute, colourful world you’re exploring.

It really is a fantastic juxtaposition, and despite myself wanting to just grow more and more powerful despite a few deaths, one thing that’s done exceptionally well in Good Robot is placing the cute amongst the dark and deadly. From the shadowy zones to the sharp-featured enemies, this game is deceptively lethal. But there are hats, and colourful backgrounds, and a your robot doesn’t look like he could hurt a fly. It’s fun and lighthearted, and even dying a couple times before reaching the first boss wasn’t enough to push me away. 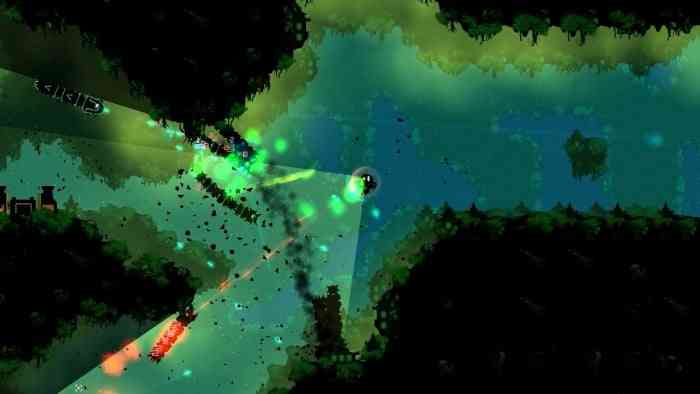 There’s just something about spending currency to buy upgrades that so many of us find appealing, and Pyrodactyl has a great system in place. I talked in my preview about how with weapons, you can generally “try before you buy” when they drop in-game. Basically if a weapon drops, primary or secondary, you can equip it and fire off a few rounds to see if it suits your build or play style. Don’t like it? Swap back! Your current weapon is dropped upon picking up something new, and won’t disappear until you leave the zone. There is a vending machine where you can simply buy weapons, and if you spend a few thousand points on something and don’t like it then that sucks, but at least you can switch back if it’s not your cup of tea.

On top of the weapon upgrades, you can of course build up your robot as you see fit as well. Shield, fire rate, damage, these and more are options you’ll find within a second vending machine found at the end of zones. If you can avoid spending your currency on repairs and warranties (basically a second life until you buy another warranty), you should have enough banked up to slowly but surely create your very own death-bot.

“If you enjoy twin-stick shooters, rogue-likes, or both, Good Robot is absolutely worth your time and money.”

Really, this is a lot of fun in a small, cheap package. For about ten dollars you can own Good Robot, for a bit more you can own the soundtrack as well. The music is decent, and while it’s nothing to rave or write home about, it’s definitely worth the few extra dollars if you’re a big fan of game music in general. I know if I wasn’t given a copy for review, I would have grabbed it for sure. If you’re on the fence, just check out the trailer and have a listen.

If you enjoy twin-stick shooters, rogue-likes, or both, Good Robot is absolutely worth your time and money. It’s quirky and fun, with a dry sense of humour found in the news bulletins that had me laughing out loud whenever I stopped to shop. Do yourself a favour and at the very least, take a quick look at the trailer to see if this game is right for you. 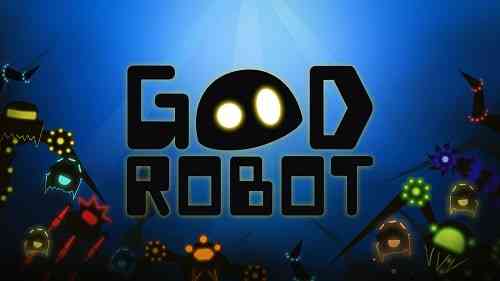