Square Enix has been on a bit of a run lately, releasing a bunch of old games on a bunch of new platforms in a bunch of different forms. The most recent of those is Final Fantasy IX, originally released on the PlayStation in 2000. Although the game was critically lauded at the time, its release was caught in the shadow of the arrival of PlayStation 2, which released that same quarter in North America. Still, the original game’s Metacritic score is a lofty 94 and it sold millions, so it must have done something right, right? Let’s get on with it – our Final Fantasy IX PC Review.

Excuse me sir/madam; do you have a moment to discuss our lord and savior Final Fantasy IX? Pay no attention to those false prophets spewing filth about the classic status of Final Fantasy VII and VIII. Final Fantasy IX is the best of PS1 era Squaresoft, with a whimsical and heartwarming story, nuanced battle system, and thought provoking premises. You don’t believe me? Please take this free copy of our holy gospel – Final Fantasy IX PC Review – and accept the truth into your heart.

“Final Fantasy IX is the best of PS1 era Squaresoft, with a whimsical and heartwarming story, nuanced battle system, and thought provoking premises.”

Final Fantasy IX was in many ways a return to the series’ roots. Where VII and VIII leaned into technological advancement, entry IX was purely fantasy in tone. The story is magical, whimsical, and most of all charming in a way I sorely missed. The main character is Zidane – a womanizer with a tail, don’t ask questions – but the story relies on its ensemble cast in the way that only legends of the JRPG genre do. Each of them is undeniably unique, and irrefutably integral to the flow of the multi-faceted story. For example, black mage Vivi personifies shyness and doubt; his journey is one of discovery and perseverance. Quina on the other hand, wants something to eat. The shifts in tone play together strikingly well, pushing natural emotional peaks and valleys to higher highs and lower lows. 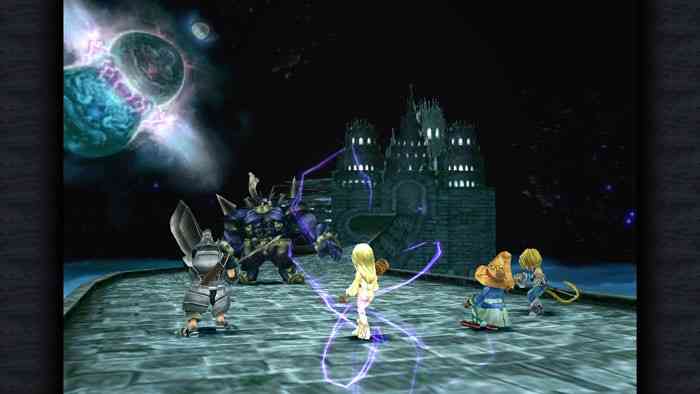 Part of the connection I feel to Final Fantasy IX’s story has to do with its visual presentation. The characters, despite the low polygon count and muddy textures, are brilliantly animated, emoting with a range that’s utterly surprising. FMV cutscenes still look sharp too, but temper your memory accordingly – the CG is still 16 years old. Other parts of the game haven’t aged quite so gracefully. Prerendered backgrounds and characters look hideous at times, and some updates there would have been graciously accepted on my end. Still, the visuals get the job done with sharp text and menus, and the aforementioned expressive characters. 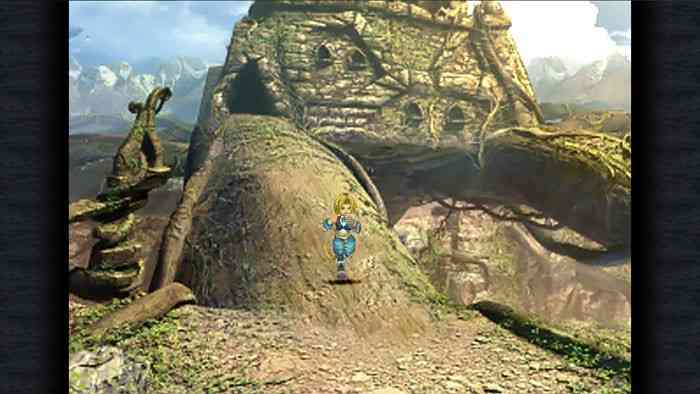 Final Fantasy IX’s battle system will be familiar to veterans of the series. The venerable active time battle shows why it was so popular for so many years by providing an engaging and strategic battle experience. Unlike some other iterations of the system, Final Fantasy IX does an admirable job of making all aspects of each character useful tactically. Stealing, Blue Magic, Dragoon powers, summoning, and more all have their place in battle, allowing for a huge variety of strategies to be feasible in practice. It’s a good thing, because the encounter rate in Final Fantasy IX is ludicrously high.

There are plenty of things going on outside of battle too. Abilities are learned from weapons, armor, and accessories, there’s an engaging card game to play (which is suddenly a very modern inclusion), you can deliver mail for Moogles, and there’s the active time event system, which allows you to see events happening simultaneously elsewhere. The huge volume of sidequests both announced and unannounced will keep even the most diligent gamers busy for dozens of hours. 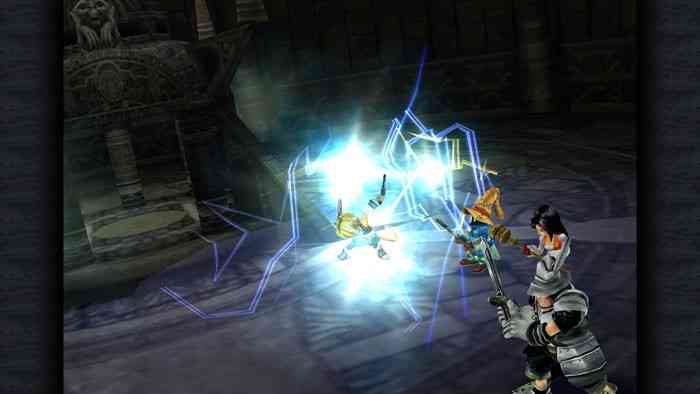 The best news is that you’ll spend each minute of those hours listening to the fantastic soundtrack courtesy of Nobuo Uematsu (we’re not worthy!). My ears didn’t detect much of a difference from the original PS1 score, but it still sounds great – Uematsu is truly a master of his craft. No Final Fantasy IX PC review would be complete without praying at the altar of Nubuo.

While Final Fantasy IX PC is a shine up port on most levels, there are a few neat features that make it more approachable for the busier gamers out there. Game ‘boosters’ like no encounter mode make it easy to experience the glorious story without the headache of level grinding – if you so choose. Mercifully, the game doesn’t belittle you for choosing to activate boosters. 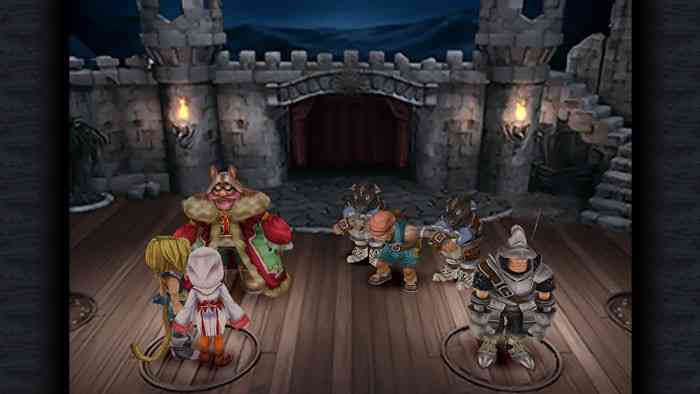 Final Fantasy IX PC is a fine port of an extraordinary game. While the backgrounds are often an eyesore, the gameplay, characters, and charming story of the original hold up and then some. Final Fantasy IX is a must play entry in the RPG genre, and this new version is the best way to experience the magic of the best PS1 Final Fantasy game. 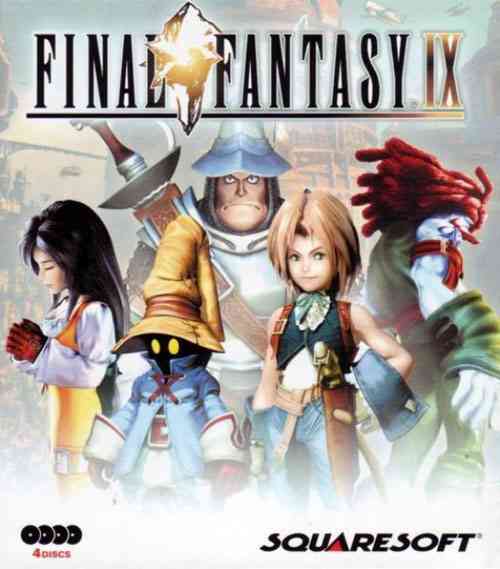