Good Company Review – Just Another Cog in the Machine

Good Company is an odd machine. Looking at it, you’ll think it’s one kind of game. Play it though, and you’ll see it’s another. There’s enough originality to entice you, but then there are some baffling design choices that repel you. When you finally sit and really start to think about what exactly is going on in Good Compay; that’s when you’ll really start to lose your mind.

From the screenshots, you’d think Good Company is a management game. It’s got the kind of cute simple style you’d find in a Two Points game. You’d figure the game is spent collecting resources, managing employee salaries, and improving your facilities. Those things definitely happen. But Good Company is less of a management game, and more of a production game, a fine distinction. In a management game you gradually expand. In a production game, you need to scale up. You’ll be producing enough wooden boxes to sell, but when you start selling desktop computers and game consoles housed in those same wooden boxes, you need to make more boxes faster. The challenge comes not from getting more raw materials, but from moving those materials through the process faster. 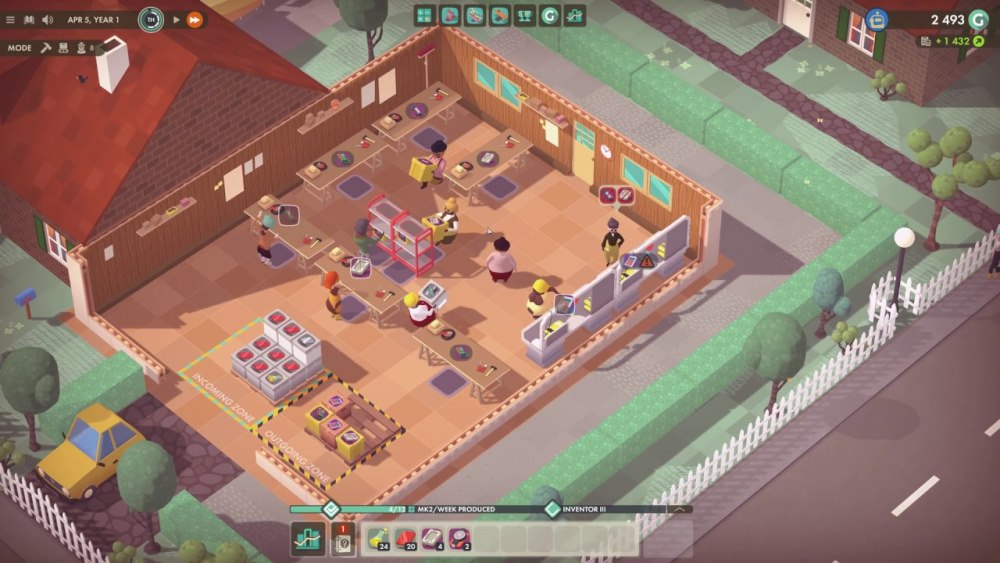 The best example of a successful game in this genre would be something like Factorio. I even know some Minecrafters who love to fine-tune efficiency in a production chain. I definitely see the appeal. And the puzzles in Good Company mostly scratch that itch. You’ll be given a small tech production company in a garage or warehouse, and work your way through a tech tree that takes you from Tamagotchi to Game Boys to Roombas. As you take on more products, you’ll need to build more components. Planning ahead is crucial. 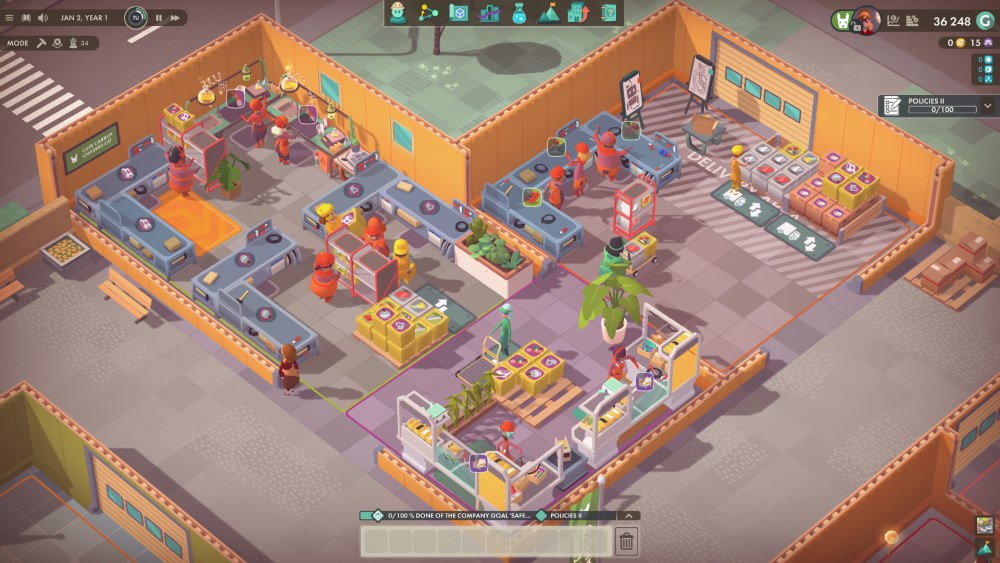 The rules of the game are very thoughtfully realized. Beneath the cute FYI aesthetic, there’s a really well-realized game of logistics. I would often find myself pausing my game to carefully trace a production chain. Resources get delivered onto pallets, then hauled to another pallet near the manufacturing zone. And don’t forget to drop a few items off in R&D! Though I felt a compulsion to make my company more and more streamlined, the game grew tedious before too long.

A Happy Worker is a Productive Worker

So what do you do when you are trying to ‘find the fun’ in a new game? I messed with the creative options some. Each product has a couple of different models to choose from, plus a color scheme. But we’re talking about three models and four color schemes each. There are not a lot of ways to give your company personality. But you need to wait a couple of in-game days before you can sell your next shipment, and there’s double-speed but not triple or quadruple speed. What do you do then? If you’re me, you start really thinking about stuff.

Pretty early on into one of these waiting games, I noticed the days of the week. Every time your little clock fills up, the day passes from a Monday to a Tuesday and so on. Why is this notable? Your little guys working on your assembly line never go home for the weekend! I’m not imagining a game where you have to plan bathroom breaks, but this is all I have to look at. The days pass, the workers go through their animations. Your peons work tirelessly 24 hours a day, seven days a week. 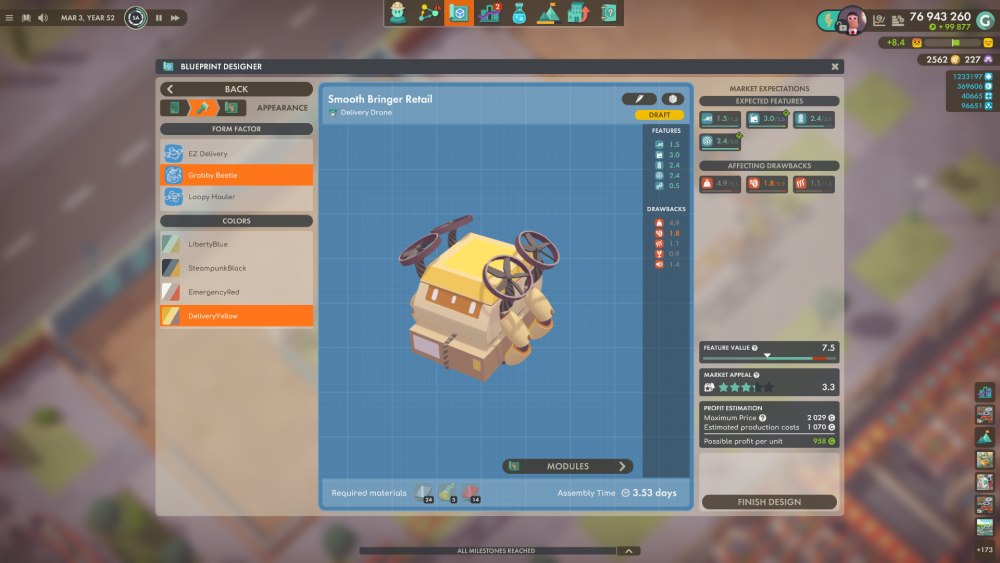 Why include days of the week at all? In fact, what is up with this whole art style? It evokes a feeling of grungy garage invention, but that’s what the game is about. The game is about pushing little guys into doing more faster and faster, never resting, never getting raises, never changing in any way. Why isn’t this a more colorful game about robots? In an industry plagued by famously terrible working conditions… why make a video game simulation of that?

Once you start asking questions, you never stop. There’s something of a story in Good Company. It’s not a JRPG epic, but it helps create a sense of progress when you have to start from scratch on a new level in the campaign. The story and art go hand in hand. On the surface, it’s a whimsical fantasy. You seem to be in some sort of alternate united states with similar regions, but different names for everything. In fact, there’s even a name for the agency calling you to work. They’re called the FBI. Wait, hang on…

I know that this is supposed to be a joke. In Good Company, the FBI is the Federal Bureau of Invention or whatever. And they’re the ones who are asking you to go to work starting a manufacturing company but… why is industry run by a government agency at all? This world seems to be living under some combination of American innovation and Soviet Communism. It seems like the ultimate dystopia.

Is any of this important to Good Company? Certainly not, but once you are satisfied with automating your company, what else is there to do but consider story and lore? And the more I think about it, the less enthusiastic I am about playing more Good Company. Loading screens grace your screen with “inspirational” quotes from “tech geniuses.” I for one am beyond bored of the uncritical looks of avaricious entrepreneurs who never pay the price for hurting people.

There are the foundations of a fun game here. But the balance is off, and the game isn’t fun for long. What you are left with is yawning while your fake, dehumanizing enterprise runs itself without you.

SWERY’s The Good Life Release Expected for This Summer

Mars Horizon is Slick and Educational