Gordian Quest is described as being inspired by classics like Dungeons and Dragons and Ultima. Like those games, it’s quite easy to describe but much tougher to fully understand. Aside from the aforementioned inspirations, elements from other video games appear to have an influence as well. As a deckbuilding RPG, it’s hard to avoid being influenced by other games. Especially when so many of your features have been done so well before.

Gordian Quest features a few different game modes: Campaign Mode, Realm Mode, Adventure Mode, and Skirmish Mode. Campaign Mode is what you might expect, a story-focused mode that spans four Acts. Realm Mode is more fast-paced – think of it as a rogue-lite mode. This rogue-lite homage features both a Quick Run and an Endless Run variant. Adventure Mode is an end-game mode focused on procedurally generated content and solo challenges. Lastly, Skirmish Mode is a competitive 1 v 1 mode.

Most of my time with Gordian Quest so far was spent in the Campaign Mode. This mode helps to ease new players into the various character classes (of which there are ten unique, interesting choices) and overall gameplay mechanics. The primary gameplay loop of the Campaign Mode involves completing a variety of missions focused on combat or non-combat scenarios involving rolls. Though a Campaign Mode in an RPG, the narrative was a bit underwhelming. The gameplay loop of the mode gets repetitive in almost no time at all. Though the game provides four Acts, they all felt somewhat similar and overall a bit generic.

As a deckbuilding RPG, the gameplay will be quite familiar to players with some experience with games from this genre. Despite being familiar, the gameplay of Gordian Quest is where the game shines. Tacked on top of this component are party mechanics, turn-based combat where positioning matters, and more. As mentioned before, the game is simple to grasp, but a bit harder to understand. This game is a turn-based, deckbuilding RPG with a party system, yes. But you have to take into account how the classes work with one another. You have to consider everyone’s armor and weapons, their hundreds of skills, and how all of that balances out as well.

A Deck Full of Features

Outside of the Campaign Mode are a few other modes that undoubtedly add a lot of replayability. This is sure to attract fans of the genre, seeing as most deckbuilding games feature run-based gaming loops. Whether you like building a party around a specific class, or running with a random party each time, this game has something for you. So long as this is a genre you enjoy, or Gordian Quest specifically speaks to you, this game will last you as long as you want it to. 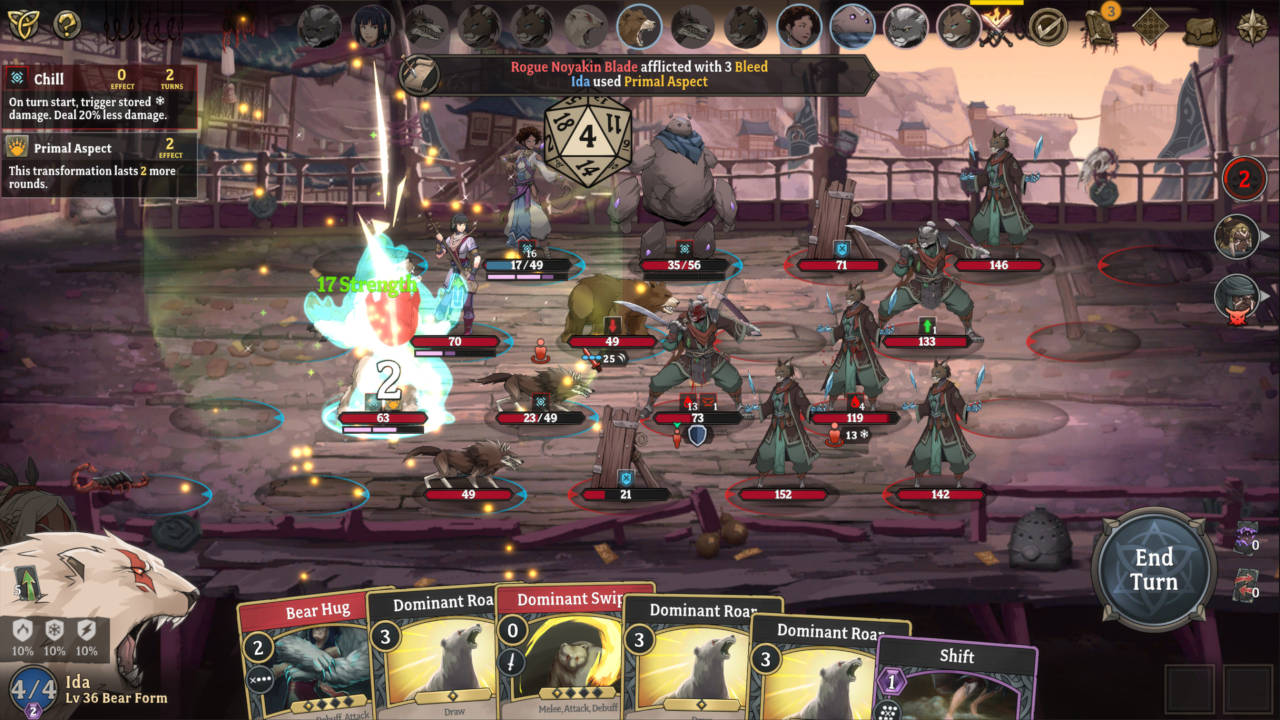 Another area in which Gordian Quest shines is its aesthetics. At first glance, the art style of Gordian Quest is quite visually appealing. The various characters feature striking levels of unique detail. When in combat, the animation is also well done. Especially as the various characters utilize their unique skills, and when compared to similar games. Though the art style also feels familiar, it is still just done well.

Overall, Gordian Quest does a great job in implementing various gameplay elements and making them work together. While the Campaign Mode could have featured a better narrative and variety of activities, it still serves as a good entry point in the game as a long tutorial of sorts. From there, the game features a lot of replayability due to the number of classes and skills. As a deckbuilding RPG, Gordian Quest does a great job with the deckbuilding portion and is worth a look for fans of the genre.