Game of Thrones: A Telltale Games Series Review – A Successful Exercise in Futility

Telltale’s Game of Thrones series is, quite literally, built on a lie. At the beginning of the first episode a screen appears with a message, part warning and part encouragement: “This game series adapts to the choices you make. The story is tailored by how you play.” It’s almost a promise: “your choices matter.” Similarly, throughout the game after various decision points small words flicker in the corner of the screen, indicating that whoever you’re interacting with “will remember that,” or that they “didn’t like that.” It’s possible that these little things really do influence the story, but the overall outcome is always the same. Just like in the television series, characters try to get what they want and try to live lives free from death and destruction but it never works out the way they want. In a video game where you make all the “choices” for the characters it’s all the more frustrating. It’s one thing to watch a character you’ve grown attached to in the television series get brutally and randomly murdered, but it’s another to have the same thing happen to a character for which you feel responsible. In that sense the game is a success. At the end of the six episodes you’re left feeling completely hopeless and wondering if there was any point at all to anything you tried to do. Just as, one assumes, everyone in Westeros (and Essos) actually feels. And the game makes it pretty clear that you can stop wondering: there was no point to any of it. Welcome to Game of Thrones.

Telltale’s foray into George R. R. Martin’s fantasy universe succeeded in capturing the endless futility that is so characteristic of the series and, through the intense identification that comes with controlling and making choices for the characters in the game, actually makes you as hopeless as everyone else. By forcing you to click on various mundane objects and actually walk the characters around the screen and decide how they react in many many dialogue trees, you feel like you actually are the characters. And so about a third of the way through the series, when it starts to become clear that things are headed in a pretty solid direction whether you want them to or not, you start to rebel against the world you’ve been dropped into. It’s not particularly fun being in Game of Thrones, it turns out. Maybe that’s a good thing, since the television series (and the books, of course) have also not done much to make Westeros and Essos look like inviting vacation destinations. But constant depression doesn’t exactly make for enjoyable gameplay.

“It just also means that the very premise of a game like this set in the Game of Thrones universe is maybe not as enticing as you might think.”

I do think that this means the game is a success: it accomplishes what you would expect such a game to accomplish. It just also means that the very premise of a game like this set in the Game of Thrones universe is maybe not as enticing as you might think. Lots of fantasy universes on television and in books rely on audience identification to draw viewers and readers in and to make them want to actually be in the universe they’ve created. In The Lord of the Rings or Star Wars you want to be the heroes, despite the dangers they face, because their lives are cool and exciting. Game of Thrones does not do this, and never has. Game of Thrones is brutal and cruel and unrelenting. When you watch the show or read the books you don’t want to be the characters, you want to see what happens to them. You might like some of them or even partially identify with some characteristic of theirs. But you’d never voluntarily trade places with any of them. Everyone dies or gets screwed over. So the sort of game that Telltale is known for is fundamentally opposed to the setting of Game of Thrones. Telltale draws you in, puts you in the universe. But Game of Thrones pushes you away. 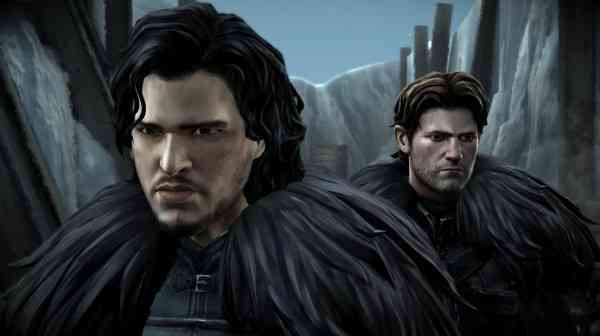 Again, in some sense this means that the game has captured the feeling of Game of Thrones. Feeling hopeless and out of control is a key feature of Game of Thrones. I just think that, in general, this is not something that makes you want to actually play the game. Particularly toward the end of the series I found myself wishing I could just watch someone else go through the motions, since I obviously wasn’t in any sort of control over anything. Telltale’s game is a game that wants to be a television show. This is true to some degree of all of their games (it’s sort of their thing, after all), but this one is an extreme example. It’s not just that you could get as much enjoyment out of watching someone play instead of playing it yourself, I actually think you’d enjoy it more by watching instead of playing.

Perhaps most importantly, the story simply goes nowhere. All of the characters either end up dead or right back where they started. All of the struggles and challenges you overcome are essentially for nothing. The only real exception is Gared’s storyline which goes somewhere but is never explained. What is the North Grove? Why are we supposed to care about it? No one knows. Since there is a forthcoming second season of the game, it’s pretty clear that this one is merely a prologue. But in terms of prologues it’s more like the Star Wars prequels: lots of treading water to set up something probably way more interesting than they are. 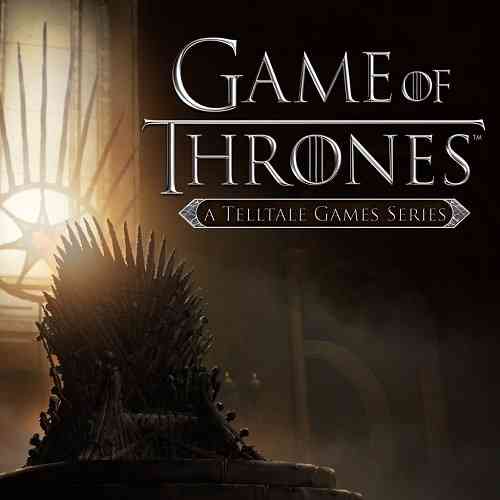 Game of Thrones Board Game Coming to PC
Next The Sims 4: Get Together Review – AKA: The Sims Go Clubbing
Previous Turok Remastered Review – The Dinosaur Hunter is Back, and He’s Still Dino-mite