The Sims 4: Get Together Review – AKA: The Sims Go Clubbing

Sul sul! Hooba noobie? Ribby wibbs!?* Ahhhh the familiar sounds of Simlish ringing out from my past! I don’t think it’s possible to count the hours I spent playing The Sims growing up. You’d think that with a love for The Sims like mine, I’d have gotten sucked in to the multitude of expansions that came along throughout the years but the traditionalist in me was more than happy to play good ol’ fashioned The Sims. When I heard about the latest expansion for Sims 4, Get Together, and all of the wonderful social shenanigans my Sims could get in, I just couldn’t resist. Was The Sims 4: Get Together an epic rager or did the festivities fall flat?

People play games for lots of reasons. Personally, I do it for the story. Characters, places, events, and interactions are what make a game attractive to me. The Sims has steadily evolved into a way for me to build my own stories. It has allowed me to create ideal characters that live in ideal homes while also letting me play out some exceptionally wild stories with characters I don’t relate at all to. You can stay close to real life or get really crazy and create something you’d never encounter in your own life and that’s what originally made The Sims great. 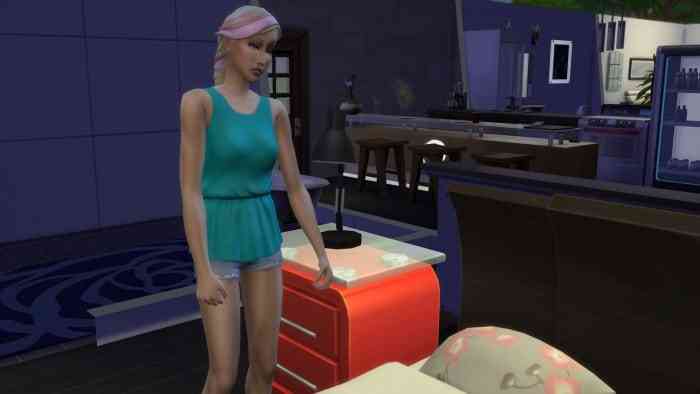 Meet Jenni and Rachel Conley. These are the twin sisters I built in my latest go-round in The Sims 4: Get Together. Jenni is a wild party girl with a thirst for popularity, while Rachel is a creative foodie with a penchant for healthy living. The creation process was totally freeform, allowing me to jump from option to option whenever I wanted without losing any of the work I’d done. Being forced to go in a certain order for character creation is a fun-killer for me so the fluidity of the tool in the Sims 4 definitely earned it some bonus points. I have to admit that I enjoy character creation probably more than I should so when I started creating my characters and saw all of the options I had to go through, I got giddy. Once you’ve got your characters created to whatever (im)perfection you like, it’s time to get to building your dream home. Or a rickety shack. Whatever.

Build mode has changed from previous versions and boasts an easier-to-use format which includes pre-fab structures and styled rooms. The Get Together expansion includes a number of exclusive textures, items, and styled rooms which, actually, add some pretty cool flare to your home. All of these new features make it much easier to find items you want in your home and results in less time messing with mundane build options. I still spent a substantial amount of time building my home (and I could have spent more), but I was able to cut out a large chunk of time spent here by taking advantage of the styled rooms.

“Although the characters tend to enjoy activities that fit their personality traits, the AI is still completely moronic.”

In the game’s “live mode” your Sim really can do anything, but they’re inclined to do things based on the personality traits that you set earlier in character creation. Their jobs or career options also tend to lean towards things that suit the personality traits you gave them. The whole experience in live mode is pretty cohesive and totally feels customized to the Sim(s) you’ve just built. In versions gone by, I remember feeling bored in live mode and wishing that my Sims would just gravitate to the things I wanted them to do. The Sims 4 has definitely done that for me.

Although the characters tend to enjoy activities that fit their personality traits, the AI is still completely moronic. Sims constantly have conversations with each other when they would clearly be out of earshot, take absurd routes to get places, and generally move in totally unrealistic ways. Non-player Sims also like to come into your house uninvited, or otherwise act in socially unacceptable ways. But that’s always been The Sims. Maybe The Sims 5 will fix that? 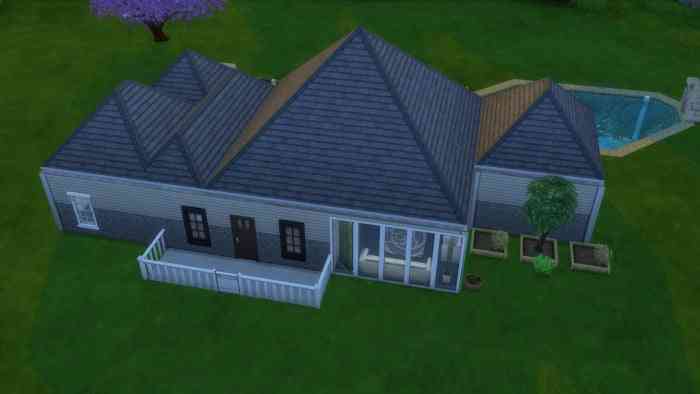 Anyway, The Sims 4, as a base experience, is quite good. But this review is for the new Get Together expansion, so let’s discuss that shall we?

One thing I didn’t realize is that your Sims have the ability to travel from place to place within the world and that actually going to these other places would benefit them in the Get Together club aspect of the game. Duh. Get Together = do things with other Sims = leave your own house. Seems like a no-brainer now. The clubs aspect of the game opens a whole new level of interaction and a little bit of strategy to the game. I found myself really working at trying to balance Jenni and Rachel’s clubs, careers, and personal time. The story part of the game that I crave when gaming really came to life through Clubs. Between climbing the ranks, starting your own club, and being rejected from clubs, I felt compelled to keep playing to see where things would end up. While the club aspect of the game does add a lot of interaction and some actual goals to the game, it was often quite difficult to try to manage two Sims who both had careers. It felt like the clubs aspect would be more successful if you’re playing a single-Sim household where you can focus on keeping your Sim both happy and engaged. Having said that, juggling various commitments is a definite part of real life too. Is that fun? Not really. A lot of the time, playing felt suspiciously like work.

“A lot of the time, playing felt suspiciously like work.”

Jenni eventually joined the Partihaus (self-explanatory) and The Good Timers clubs while Rachel palled around with the folks from Power House (an active club) and The Upper Crusts (a foodie club). Rachel also started her own club called Musika to show off her improving musical skills with people who would appreciate them. As a side note, Rachel’s musical practice was frankly hilarious, thanks to ridiculous Simlish lyrics and her horrendously discordant and tone deaf approach to such classics as “Row Row Row Your Boat.” All of the clubs made it really easy to meet new Sims and start relationships but the process of making friends and eventually becoming romantic with other Sims was awkward. Relationships seemed to progress unnaturally slowly. So much pressure. So many tasks. Not enough time.

When it comes to physically interacting with the game, things were pretty smooth. I found the controls were intuitive for the most part although navigating the views wasn’t always as easy as I’d have liked. Rotating the view to get a better grasp of what Jenni and Rachel were up to often felt clunky and weird. Specific to the Get Together expansion, the Club Manager panel is exceptionally easy to use. There was no question about how to join a club, start an event, ask for an invitation, or how to create a club when the time came. It just made sense and it worked. Kudos to whoever developed the Club Manager system. Overall, the game looks and feels like a Sims game, complete with choppy graphics from time to time despite playing on a fairly well-spec’d PC. It didn’t bother me but it certainly seems like EA should have been able to sort that out by now. 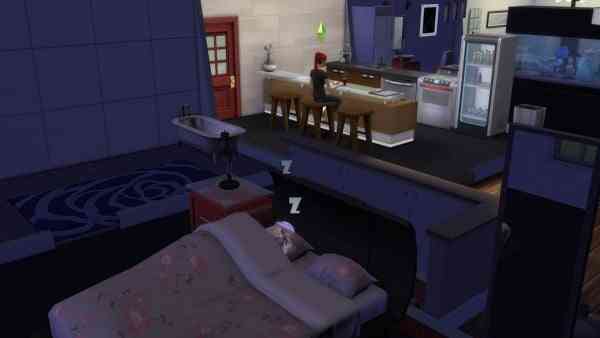 Let me take a second to talk about the music. Musical cues often overlap one another, resulting in a jarring, confusing mash of sound which serves as a microcosm for much of the rest of the game. The rest of the music is equally grating, and quickly becomes irritating. I eventually got wise and turned the music down to 3% which, as it turns out, is the ideal volume level for the background music in the game.

As much as a review should detach itself from the idea of value, Get Together has a problem there, and one I must address. The actual construction of the expansion is solid, and the new features definitely put a new spin on playing the game, but the amount of content doesn’t fit the price. Clubs, a new environment, and a few new items in build mode don’t add up to a full expansion in my book, especially not for $40. Is it fun? If you’re into The Sims, yes, but there aren’t any real ground breaking ideas in the Get Together expansion. If you’re desperate for more Sims you’ll be pleased, but you might be better served going in a different direction altogether. 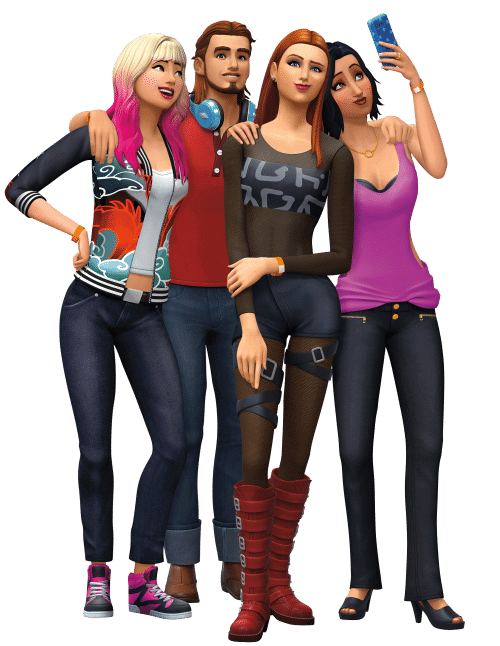 The Sims 4 Is Getting a Wedding-Themed DLC

The Sims 4: Cottage Living Review – A Breath of Fresh Farm Air
Next Tharsis Review – This Dangerous Game of Yahtzee Can Lead to Cannibalism
Previous Game of Thrones: A Telltale Games Series Review – A Successful Exercise in Futility