DropMix might just be a first of its kind review for me. While I’ve stuck to covering video games for the entirety of my writing career I’m not sure that DropMix can be categorized as one. Sure, you use a screen as you play but the focus is more of a strategy card game than anything else and it just so happens to be bookended by some of the most amazing tech I’ve ever played with. Not only that, the experience is rounded out with killer, thumping beats like you’ve never heard before. DropMix is a fresh take on music games that smashes the ‘rhythm games are over’ death knell with a bass pounding hammer. 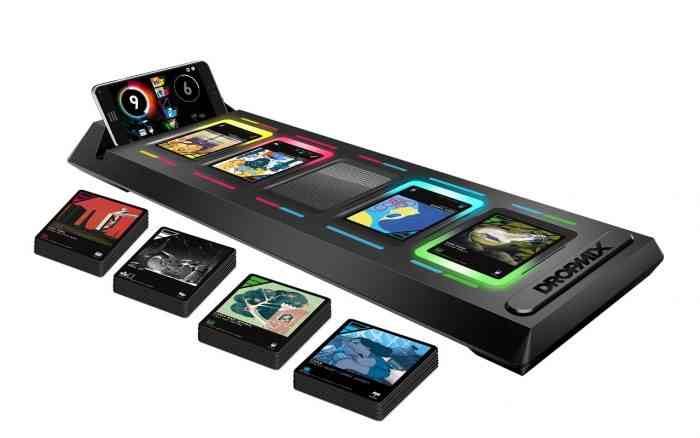 At its core, DropMix is a music mixing game that leaves the player feeling like a main stage DJ at the latest and greatest music festival. Ok, that’s certainly an exaggeration but the fact remains that DropMix is accessible like not many other games are. When games like RockBand and Guitar Hero were all the rage they made fans out of people who were never really video game fans to start with. Still, they required that sort of video game bug that not everyone possesses. With DropMix, Harmonix and Hasbro are able to draw in almost anyone with the mad button pressing left behind for an easily approachable card game. It’s already been a hit in our household with many people who have literally zero interest in any video game.

DropMix comes with the electronic game board and 60 cards (4 different themed decks) and simply hooks up to your tablet or mobile device via a downloadable app. From there, the app lets you simply jam out mixes or play a couple of different games. Before we get into that though, let’s give you a quick overview of how it all works. Each card represents a different song with beats, rhythms, harmonies, vocals and more. Some cards are Wildcards that can be played in any slot on the board offering up multiple song parts and there are FX cards as well that add well… FX. Using a color-coded system you drop cards onto the board and insert different points of songs as you go. What happens next is pure magic as songs start building on top of each other creating insane mixes that sound a lot better than you might anticipate. It’s addictive simply to come up with your own unique mixes in different tempos and keys and quite honestly, it can keep you going for hours. That’s the meat and potatoes of it all.

Freestyle is going to be the go-to mode for huge groups of people which simply lets you create mixes like mentioned above. We actually left the board out on Freestyle hooked up to our sound system (a big, big plus if you can do it) during a gathering of around 30 people. We left 130 cards splayed out on the counter and people just added cards and took away cards at a whim creating the soundtrack for the party. Not only was it a hit, it was essentially the focal point of the entire party. This is where you’ll hook almost anyone and it’s awesome. Another great perk? Saving your mixes on the fly and sharing them via video or audio… which we saved one of our favorites here;

Music mixing is great and all but where’s the challenge, you ask? Well, the challenge comes in the two multiplayer modes available in Party Mode and Clash Mode. Party Mode has teams working together to meet requests all in pursuit of the almighty high score. Commands to put down certain color cards, certain levels, specific instruments and more come at players in hectic fashion. It’s insanely fast and crazy fun all in one. This mode might not be for everyone only because of the speed at which the game moves but seeing as you’re really only competing against your own high scores it’s all in good fun anyway.

Clash Mode is the versus portion of the game and apart from Freestyle is the standout mode of DropMix too. Clash Mode can be played 1v1, 1v2 or 2v2 and has players facing off in what really adds up to being a strategic card game that just so happens to drop sick beats while you play it. It’s playing cards if playing cards was a million times more awesome. Playing against your opponents you add cards to the board trying to maintain control of the mix and scoring points along the way. Some moves have you able to add extra cards or force your opponents to take away cards seeing them lose points. It’s less hectic than Party Mode but is more a battle of wits as you try to outsmart your adversaries. Sure, there’s a certain amount of luck to it as your hand is randomly drawn from your deck but if you can make the best out of the cards you have anyone has a chance to take the win. 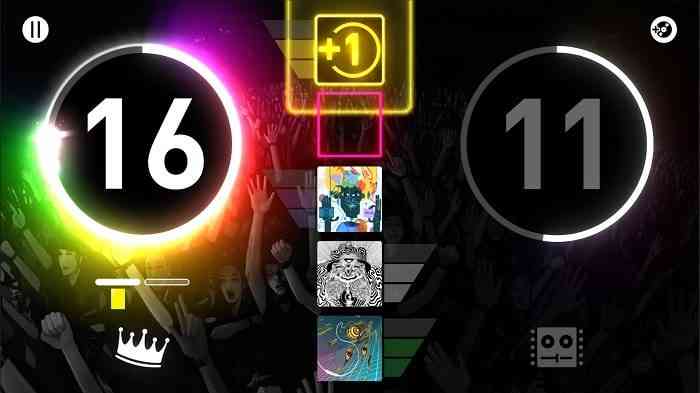 Of course, you’re not restricted to the pre-made decks when playing the game. My first few matches played against my wife we simply combined two decks together for our starting deck (1v1 you start with a 30 card deck) but as we played more and became more familiar with cards we liked we decided to create our own. Having eight pre-made decks at our disposal alongside a few special cards we built our own unique decks. In order to find out if your deck is legal, you compile them all together and place them on the board where it counts the number of cards and the points level based on the sum of the ‘levels’ of the cards you selected. It works simply and once you’re more accustomed to the game (and have added cards to your collection) it’s the best way to play.

“It’s music mixing made easy and approachable for even the most rhythmically challenged people you know.”

At release, there are four extra Playlist Packs available at retail as well as Series 1 and 2 of the Discover Packs. Playlist Packs give you a complete 15 card deck plus one unique Baffler card (The theme for Dr. Who is an early favorite for me) while Discovery Packs come with five to a pack with six packs in a series. You can keep an eye on this fantastic list of cards created by a user on Reddit to see what’s out and what’s coming. There are an absolute ton of great tracks on the way which is a good thing because perhaps my only issue is that the initial 60 cards included could start to feel old pretty quickly. You’ll definitely want to expand you collection.

I can’t say enough good things about what Harmonix has created with DropMix. It’s music mixing made easy and approachable for even the most rhythmically challenged people you know. It’s made so that anyone can play, young or old, and no one feels left out of the fun. With an expanding library of cards that don’t break the bank, you’ll be able to add and continue creating insane mashups for a long time to come. If you’re a fan of music (and really, who isn’t?) then this is a game for you, ‘gamer’ or not.

*** DropMix Game and Extra Playlist Packs provided by the publisher *** 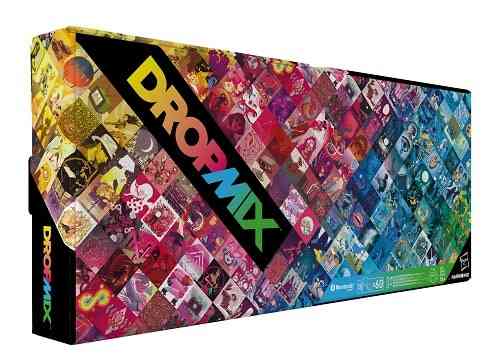 Hasbro Is Trying a First-Person Shooter With Nerf Legends