Hasbro is an entertainment company that has, for decades, brought joy to lives of many with its various toy lines including one of its most popular, NERF. NERF guns could be found in the homes of millions of kids around the world and Hasbro has recently expanded into the video game arena. The company has partnered with GameMill Entertainment, a third party video game publisher, to release NERF Legends, a fast paced first-person-shooter based upon the iconic line of toys. NERF Legends is available today on PC via Steam, the PlayStation 4, PlayStation 5, Xbox One, Xbox Series X/S and Nintendo Switch at the price of $49.99USD. Are you ready for intense FPS action?

NERF Legends is a fast-paced FPS that throws players into various battle arenas where they wield blasters and defeat their opponents. The action allows players to make some crazy trick shots and much more. The game offers both a story mode and multiplayer action, allowing for up to eight players to duke it out on the battlefield. 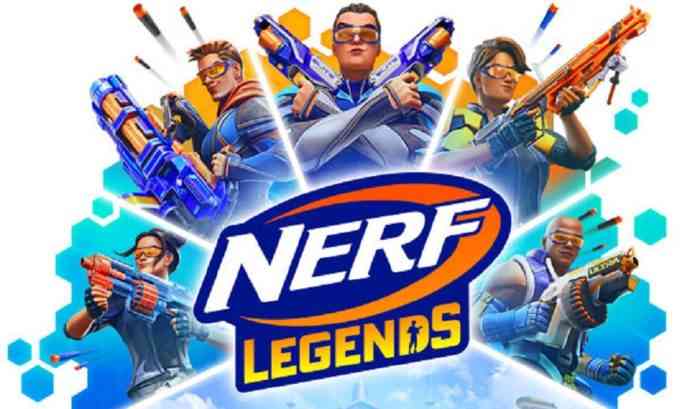 Some of the game’s key features include boss battles and up to nineteen locations in its single-player mode, supercharging blasters with a variety of skills including pull darts, push darts and more, a wide array of customization options for players and blasters and 4v4 and 8 player free-for-all multiplayer modes.

What are your thoughts on NERF Legends? Did you own NERF guns as a child? Are you interested in trying out NERF Legends? Let us know in the comments below or on Twitter and Facebook.

Streets of Rogue 2 Has Been Announced
Next
Battlefield 2042 Already Has Over 14,000 Negative Reviews
Previous
Star Citizen Will Be Free To Play For A Short Time During IAE 2951