Two years ago, I reviewed Disney Classic Games: Aladdin and The Lion King. It was a very lovingly put together piece of homage to two 16-bit era action platform classics. To read that initial review, just click here. I loved the treatment given to those games by Digital Eclipse, but I lamented the absence of Virgin’s Jungle Book game, and Capcom’s Super Nintendo Aladdin game. Well, those wishes have come true now, because Disney has released DLC for Disney Classic Games: Aladdin and The Lion King, which is now the Disney Classic Games Collection. For $10 more, players get another stone-cold classic platformer, and one ok action platformer. Physical copies now feature all four games. 16-bit Disney fans, this is your time to celebrate!

The advertising, box art and menus don’t emphasize how amazing it is that both the Sega Genesis and Super Nintendo Aladdin games are in this collection. Virgin Interactive’s Genesis Aladdin game features sword-wielding gameplay, while Capcom’s SNES Aladdin game, and is a pure platformer. Both games are very beloved, with most retro reviewers preferring the Sega Genesis one. In fact, the Sega version of Aladdin is so beloved, that it is the third best-selling title in the console’s entire history. I’m one of the blasphemers that prefers the Super Nintendo one, but either way, they’re both in this collection. Such a treat! I did not think this kind of cooperation was possible.

The Vault Has Been Opened

All four games are 2D platformers with mild amounts of action. The Super Nintendo Aladdin game is particularly acrobatic with lots of flipping and ledge grabbing, and the levels all have great variation. Arguably, what separates these games apart best, from all the other 2D platforming titles of the day, are the visuals. Everything looks very fluid and gorgeous, and the Disney films make for some varied set pieces. It didn’t surprise me at all that Disney animators shared artwork with the game animators, in order to really nail the look and feel of the films. 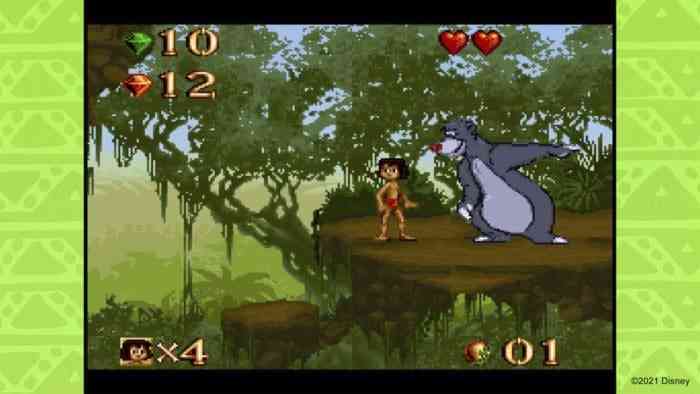 What really makes this collection such a must-have is the humungous number of extra features and quality of life upgrades. All games have save states, and a feature where the player can just watch a complete playthrough. Settings allow difficulty changes, optional invulnerability, level selection, and fully mappable controls. There’s even a rewind feature that only requires holding down a button to use. All games are in 1080p and have adjustable aspect ratios, borders, and screen filters.

For Every 1 Game, There Are Really 5 Games

The Lion King and Jungle Book games feature their Super Nintendo and Sega versions. Also, The Lion King has a Japanese version, black and white handheld version, and color handheld version. Neither has a Final Cut version. Virgin’s Sega Genesis Aladdin game is the centerpiece of this collection, which this really shows. 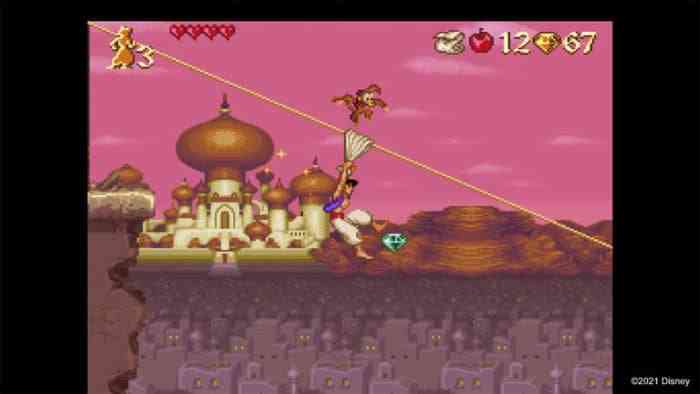 If all those game features weren’t enough, there are soundtracks and Museums for all four games. The Museum contains videos for all games, which include in depth making-ofs, color tests, and creator Q&As. Aladdin features game art, that includes deleted ideas, production art, color guides, pencil tests, and information about the Digicel game animation process. Each game features movie art that includes character art, color guides, size comparisons, and style guides.

The Disney Classic Games Collection is very thorough and fantastic. If you have any nostalgic love for these games, then this collection is the best way to play them, and if you’re a younger gamer, who is at all curious as to why some of us adults have a special place in our hearts for 90s 2D platformers, then this collection would be an excellent place to find out. Hopefully this release leads to future Disney Collections. My fingers are crossed for a Mickey Mouse bundle featuring the Magical Quest trilogy, Mickey Mania, the Castle and World of Illusion games, and the Japanese-only Mickey no Tokyo Disneyland Daibōken game. A kid can dream, right? 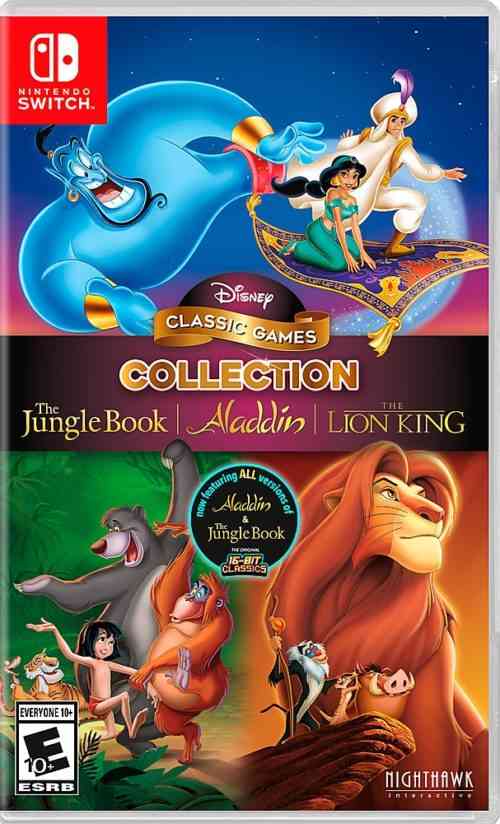