Though not a new game, Dex finally makes its way onto the PS Vita. Put simply, Dex is a side-scrolling beat-em-up with RPG elements set in a gritty cyberpunk environment. Though seemingly a recipe for success, Dex is rough around the edges, much like the world you are thrust into. With the Vita version up in the air at times, we take a look at what Vita owners hoped to be a solid title. As a general fan of cyberpunk titles such as Blade Runner, Deus Ex, and Shadowrun, Dex seemed right up my alley.

The story places you in the role of the titular character, Dex, a young woman targeted by a group known as The Complex for reasons unbeknownst to her. With the assistance of the hacker Raycast, she is able to evade them and is sent on her way to find allies and eventually battle this mysterious group. The game takes place in Harbour Prime, a dark, neon-filled city that cyberpunk fans have come to expect. With a decent supporting cast of believable and colorful characters, Dex will have no shortage of potential allies.

“The melee combat suffices but is a bit plain, while the alternatives such as stealth kills are very satisfying.”

As Dex, you must fight your way through enemies utilizing skills such as melee, firearms, and stealth. In addition to these skills you can upgrade hacking, lock picking, charisma, bartering and more to personalize your playstyle. The melee combat suffices but is a bit plain, while the alternatives such as stealth kills are very satisfying. The game also features some platforming which can be frustrating given the issues I faced with climbing ledges and the inability to see surrounding areas due to a lack of line of sight. In addition to these frustrating sections, a long load time after dying and between certain areas really takes you out of everything. 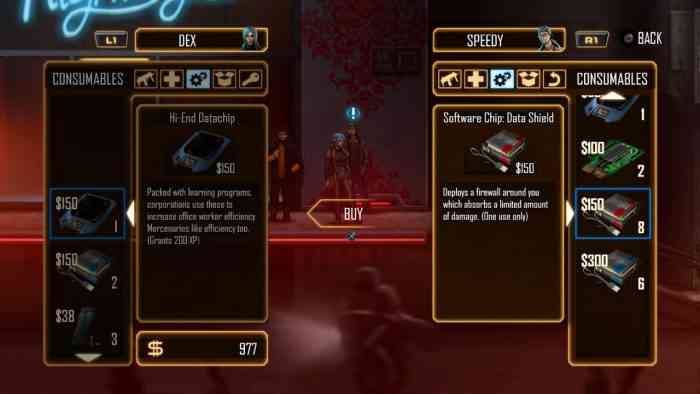 Despite the need for Dex to have a proper line of sight to see certain things, it looks beautiful. The neon colors, hand-drawn sections, and the overall setting were a joy to take in. On the Vita, some details were too small to notice, and the text was straining at times. Furthermore, there were a few hiccups in the framerate, though they were not game breaking in any way. The soundtrack in the game was also very fitting to the setting and complemented it nicely. Another nice touch was the full voice acting, which was solid as well as a pleasant surprise.

“Although it does feature more than one ending, don’t expect the other one to be much more telling.”

Overall, Dex felt unoriginal and generic, and the long load times really did not help. While the visuals and audio were definite positives for the title, it seems to lack a certain substance that makes it fun and engaging. Like we found in our PS4 review, Dex ends quite abruptly with a relative lack of explanation. Although it does feature more than one ending, don’t expect the other one to be much more telling. Though Dex had the potential to be a cult hit, especially on the oft forgotten Vita, this journey is not particularly memorable enough. 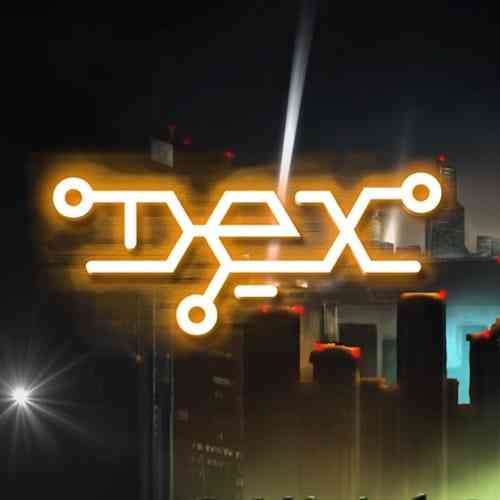 Creepy Voyeur Sim ‘Do Not Feed The Monkeys’ Coming This Fall