Despite its name, Day of Infamy does not feature the Pacific Theatre of WWII —instead, you will see locations such as Bastogne, Foy, and Saint-Lô. Welcome to the European Theatre, where you can fight for the US Army, the Commonwealth forces, or the German Wehrmacht under terrifyingly visceral conditions. Originally a mod for Insurgency, Day of Infamy is a new standalone first person shooter set in WWII by New World Interactive. Though not without its faults, Day of Infamy is a realistic, yet fun FPS game that is well worth its price point.

Day of Infamy‘s realism is also what makes it so immersive — this is a game with no minimap and no radar; you don’t even get a reticle. If you shoot at the enemy, nothing will confirm your kill unless you see their body for yourself. All of this adds to the intensity and immersion of the game as you navigate through the maps New World Interactive has built for you.

“Day of Infamy is a game of who reacts first, as one shot is all it takes to kill you.”

There are ten maps total, ranging from the open forest of Bastogne to the close quarters of Salerno. In maps such as Bastogne, there is an intense paranoia that pervades you as you run over the shallow foxholes towards the objective, knowing that a shot could come from anywhere to connect with your skull. Most of the rest of the maps are urban environments, with narrow alleyways and buildings connected by their crumbling walls. Without a minimap, this creates complex mazes, ensuring plenty of panicked close quarters combat as you run around the corner into the enemy. Day of Infamy is a game of who reacts first, as one shot is all it takes to kill you. Friendly fire is always on, so you must be fast and hopefully, pick your targets accurately. And with Day of Infamy‘s steep learning curve and lack of in-game tutorials (redirecting the player to YouTube doesn’t count, alright), in the beginning, you will most likely be the one getting killed until you get the hang of it. So fire up that microwave, because you’ll have plenty of time to eat between those many respawns as you maneuver through unforgiving, yet intense flashes of combat. 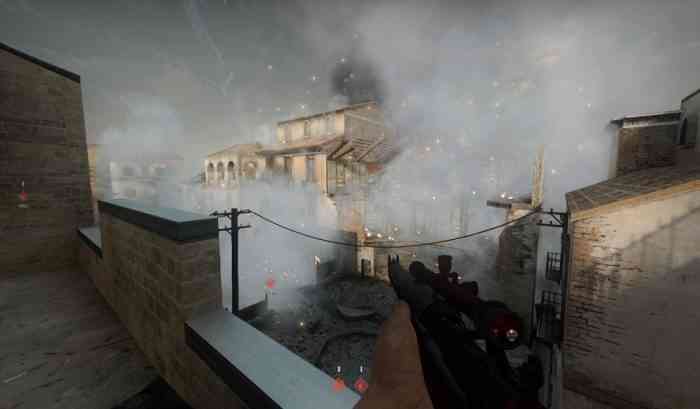 There is the option to play offline for practice, but with no single player campaign, Day of Infamy is at its core an online multiplayer game. There are ten different game modes, and they consist of destroying enemy assets, assassinating officers, gathering intel, and more. Most of the modes are pretty straightforward, largely involving two opposing armies taking objectives under wave and time constraints. Often, Day of Infamy is about finding the best strategic spot to fire from, or about coordinating with your allies, whether flanking the enemy under the cover of smoke or breaking through a chokepoint.

“The limited HUD and outstanding sound design of Day of Infamy do wonders for immersion as it is just you down there, in the mud, holding onto your gun and scanning the terrain for the enemy.”

Day of Infamy also features nine distinct classes to choose from: Officer, Engineer, Support, Rifleman, Assault, Radioman, Machinegunner, Flamethrower, and Sniper. This is excellent for variety, and all are remarkably well-balanced. Your weapon loadout can also be customized, with the limit being the weight of what you choose. All of the above are things to consider when working with your team to cover your needs in battle. The tactics of classes really shine when Officers call in airstrikes or supply drops via the radio, working in concert with Radiomen. I do wish there was more of this type of interconnectedness between the classes, but having even one is a remarkable enough. Experiment to narrow down which class and weapon loadout is your favorite and master it from there, or adapt as the tide of battle turns. And remember, just because it’s the 1940s, it doesn’t mean we can’t have fun — try blasting your way through a close-quarters town with the flamethrower class every once in a while. 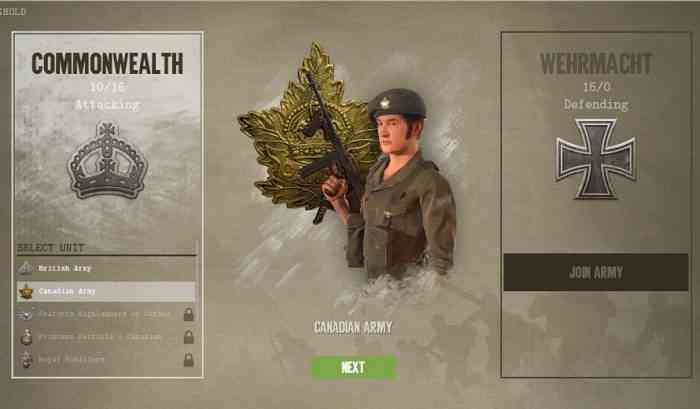 Additional army divisions can also be unlocked for aesthetic difference, along with more weapons. Thus, I was finally able to fulfill my dream of playing a Canadian sniper taking Ortona with my trusty Lee Enfield rifle. Graphically, Day of Infamy not only takes you back to the early 1940s but to the early 2010s as well. Due to the Source Engine, the visuals of this game appear quite dated, from the blurry textures to low poly in-game objects. The upside is that this game won’t stop lower end PCs from playing it, so if you have trouble running Battlefield 1 or Call of Duty: Infinite Warfare, Day of Infamy might be your best alternative. The limited HUD and outstanding sound design of Day of Infamy do wonders for immersion as it is just you down there, in the mud, holding onto your gun and scanning the terrain for the enemy. Bombers thunder overhead, called in by your officer via the radio, and in the distance, you can see the shells drop before you hear the screams. As you wind your way through buildings indoors, you peek around corners to see whether friend, foe or empty air await you. It is always a shock when a bullet strikes you from nowhere — you hear your character scream, the sky tilting above you for just a moment before the screen goes black.

Day of Infamy is a solid WWII FPS with its limited HUD creating room for immersion, its balanced gameplay, and a rather excellent price point. If you would like to jump into WWII before Call of Duty launches their version of the war, Day of Infamy wouldn’t be a faulty choice. 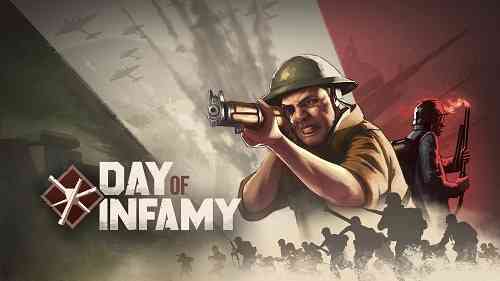 Devolver Digital Valued At $950,000,000 In London Stock Exchange
Next Expeditions: Viking Review – Choose Your Own (Bloodthirsty) Adventure
Previous Vroom in the Night Sky Review – Not the ‘Vroom’ the Switch Needs