The idea of exploring foreign lands in search of new opportunities, finding hidden treasures and making new alliances for trade has always been deeply rooted in our history. In this rogue-like adventurer and expedition simulator, Curious Expedition, has us taking on the role of various famous explorers such as Chares Darwin and Marie Currie to name a few. Will your adventure end in fame and riches or will your expedition be stopped mid-way by various animals, the terrain or by your own comrades?

In the early going, you’ll have a selection of characters to choose from to attempt to obtain the honourary status of Top Explorer within the Explorers Club. Each explorer will have their own unique set of perks, abilities as well as party members to provide you with support. Once you’ve settled on your team you can then choose which land you would like to start your adventure on one of the many continents of the world with your main goal being to find the golden pyramid hidden in each map. After you’ve begun your adventure, Curious Expedition provides us with a series of images and on-screen narratives to paint us a picture of the current situation and events. When you’ve stumbled upon villages and other areas, you’ll be presented with various choices to either rest for the evening, bartering trades, equipping items or simply leaving or further exploring the region. You’ll also have an on-screen compass that will help you by pointing you in the general direction of the golden pyramid however you can also trigger certain events that can also help highlight the location of our pyramid. 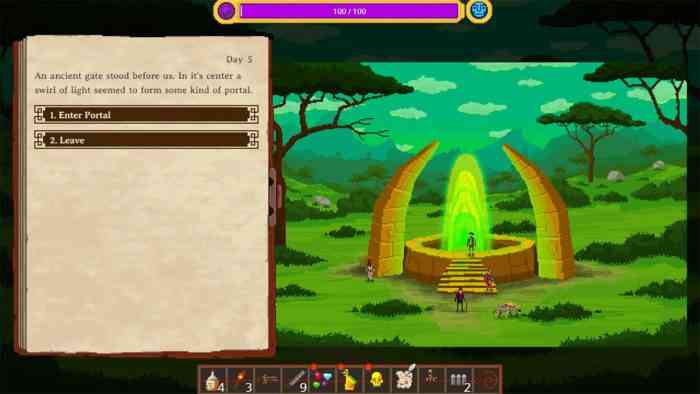 Your journey will be presented to you on a randomly generated grid that is separated by fog-laden hexagons which will eventually lift once you’ve explored through it, creating a path for you and your team to traverse through. As the fog lifts, your team of explorers will unveil many mysterious locations in the forms of caves, shrines and villages as well as enemy encounters. When entering one of the aforementioned places, a narrative will paint the picture of the setting for you and will give you a selection of choices on what you’d like to do. Some of these choices may provide you with rewards however other choices will have a chance to affect your standing with the local tribes.

As with normal for any map based adventurer, you’re eventually going to come across various terrains and events and much like real life, these new areas can have an effect on your party and their sanity. Make sure to keep an eye on the sanity gauge found on your screen to make sure you rest and top up on food and drinks as often as you can. If you push your party members too far, you could risk over encumberment, sickness or having your party members turning on each other in some terribly gruesome ways.

It’s always best to avoid combat if possible but of course, that’s easier said than done. The combat system in Curious Expedition is determined by dice, but not the regular kind you would usually see. Instead of a number system, each side of the dice is represented by a gun, knives, eyes and so on. Your object in this is to roll different combinations that will be best suited for the current situation and each party can hold different variations of die which can also change the number that can be thrown. If you like the combo you’ve thrown, you can also put it aside to re-throw the other dice up to three times in hopes to make even better combos. Of course with a game of dice, there’s a huge element of luck that goes into getting the perfect combinations so let’s hope you get lucky. But try not to die as your progress will be lost and you’ll have to start all over again. Meaning any perks or fame you’ve obtained will be lost until recovered again. 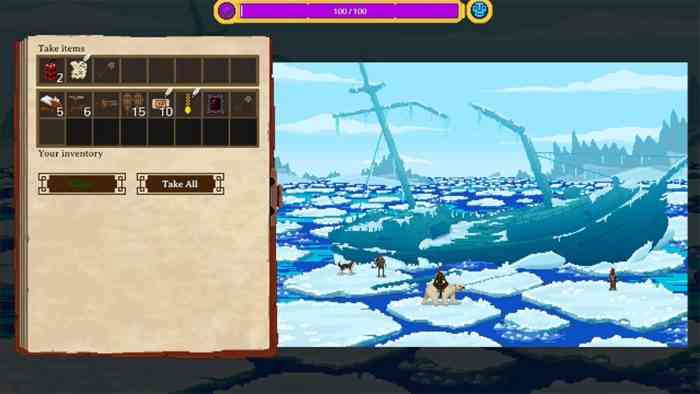 Once you have located the grand fabled golden pyramid, you’ll return to the ship to equip your character with a perk before perusing onto the next continent. When you’ve completed six expeditions, everyone will return to the adventure club and the character who’s made out with the best and most valuable loot wins the competition.

All in all, Curious Expedition was an interesting title. I’ll admit I found the first 10 minutes or so boring as it involves reading a lot of small text, but once you’ve made some progress into your first expedition, it quickly becomes a lot better. Unfortunately, the storytelling element in this can become a bit repetitive after a while and there were few sections of the game that I thought could have used more of a narrative, but all in all, it’s certainly an experience to check out if you like rogue-like games or even board games as Curious Expedition closely resembles one. 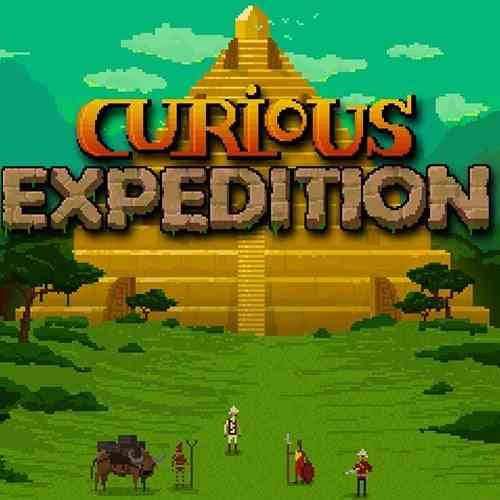