The world of racing games is quite expansive and has two camps firmly situated in it. In the one corner, the more of a video game it is with weapons, mods, and gravity-defying stunts, the better. In the other, the gamers who demand hyperrealism. While I am firmly in the former, it doesn’t mean I can’t enjoy the latter, even if the latter is gruesomely punishing. MotoGP 20 is both beautiful to look at and a lot of fun, and it has a ton of ways to enjoy it but boy, is it ever not for the casual player.

MotoGP takes you all around the world to the best and brightest places to gun your bike up 230 mph in 5 seconds flat. From Australia, to Qatar, to Scotland, you have a wide selection of places and tracks to choose from to fulfill your racing desires. Every place is a lovely sight to behold, regardless of the weather. The level of difficulty is on a track by track basis determined by how good you are at high speed turns.

Can You Manage Those Turns?

The ways to race are also plentiful. There’s practice time trials, solo GP’s, online against humans, career mode, etc. to ensure that you can tackle the game in whichever fashion you prefer. The career mode is quite in-depth, allowing you to manage every aspect of your GP career. It includes everything from hiring a manager who can specialize in getting you more money or better gear, to signing the contracts that will get you the money you need to further your career. Better managers and better gear translate to better placement in the races which, in turn, gives you better contracts. The contracts specify to you how well you need to be doing in each race and the practices and gear you work on between GP’s ensures that you do well…as well as your driving allows, of course.

The customization level in the game is also quite staggering. The character creator leaves you with face presets, but that’s where the presets stop. The bike paint jobs can be tinkered with, all the way to the handlebars. Your suit can be any number of styles or colors, along with a huge plethora of gloves, pads, helmets, and boots to choose from. Each team you sign up with has different bike options that you can choose from to tailor to your racing style. Sometimes you might make a contract move and regret it because the bike isn’t quite what you like. In these cases, you might have to mod your bike in order to stay competitive in your current contract. While you can’t build your own character from scratch, there’s an absolute ton of options to make sure you personalize your character as you see fit. 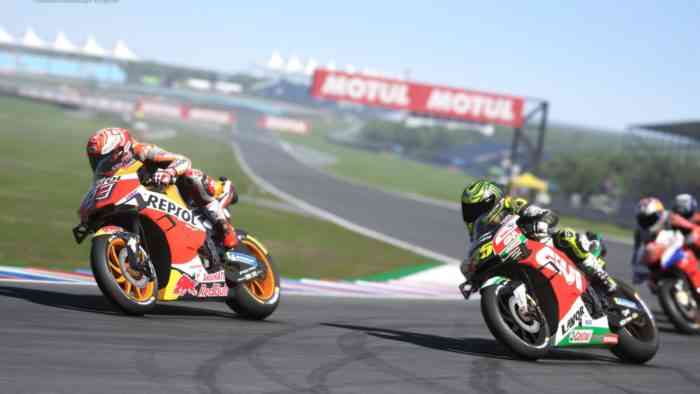 The only real downside to MotoGP 20, however, is its inaccessibility. Like I said at the start, I’m much more adept at say, Mario Kart, where real world physics aren’t so integral to gameplay. When I hopped into GP, I got thrown to the wolves. Without a tutorial, I had to figure out the controls and mechanics on the fly and let’s just say that didn’t go well. In fairness to the game, it’s my bad for not reading all the options beforehand, but I’ve been spoiled by games that lead you into a game before ramping up the difficulty level. The difficulty curve here starts at an 8/10 and just gets more punishing as the game goes on. This is a game for purists and MotoGP has no problem in making sure you know that. It must make for some INCREDIBLE online races and boy does it ever make me feel inadequate as a gamer.

Overall, MotoGP 20 is a game for the player looking to be as close to racing on a crotch rocket at 300 mph without having to go jump on a bike themselves. With a very deep career mode, a ton of customization options, several modes of play, and stunning graphics from beautiful locales, there is a lot to do for the gaming purist looking for a hyper-realistic recreation of one of racing’s finest leagues. For the gamer who wants to shoot rockets from the sunroof and pull a barrel roll over a lake, well, this is probably not for you. 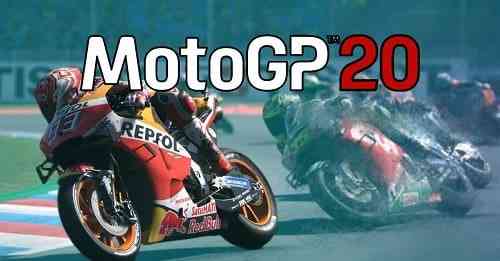 
Asphalt 9: Legends Races Its Way To Xbox Series X/S and Xbox One