There are approximately a zillion hex-based tactics games being made right now by indie studios. I know because I play a lot of them. It’s a good genre, even though any new game needs to assert itself in the shadow of the XCOM series. And that’s a tall order. Fortunately, Company of Crime is the rare tactics game of distinction, proving there are still new ideas in this crowded genre.

In Company of Crime, you play (at least at first) as a couple of British lowlives in the mid-60s. The music is groovy. The vibe is grimy. You send your gangsters to do missions on a map of London and watch the timer tick down, all while managing resources like money and respect. But then a mission starts and you zoom into that tactical map. 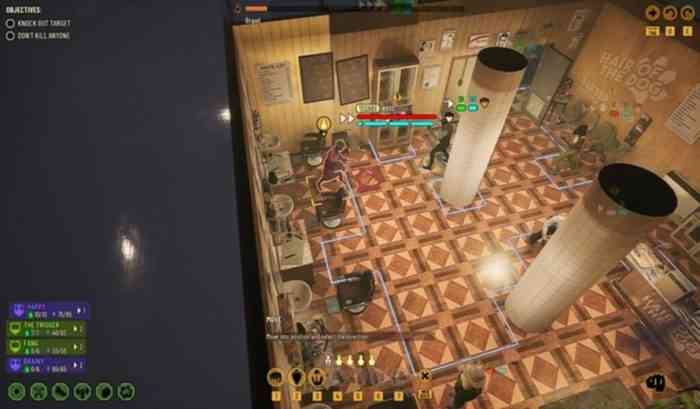 What your characters can actually do in a tactical combat game is kind of tricky. Even though XCOM is the defining game of that genre today, I think we’d be remiss if we didn’t also consider Final Fantasy Tactics, which translated JRPG actions into a new format. In a lot of tactics games (especially ones that aren’t based on gunplay), you have a basic attack, items, and some special abilities. That’s not exactly the case in Company of Crime.

You actually have a pretty wide array of things you can do when it comes to fighting. There’s punching, but there’s also kicking you see. The latter can reposition enemies. In fact, repositioning is the name of the game. Depending on the character you might also be able to wrestle, throw, submit, or emotionally manipulate your targets. Not only can you change enemy positioning, your own is also very important. Because depending on where you are standing, you may also have access to improvised weapons like chairs, bottles, or even the walls. A brawl that could have been a bunch of guys rushing at each other is now a wonderfully complex board game where you try to keep the enemies from helping each other or getting near the dangerous stuff.

I tell ya, I could play the tactical part of this game for years. Just keep giving me new levels (or a combat focused spinoff a la Corruption 2029) and I’d be happy. But unfortunately, the strategic layer leaves a bit to be desired. It’s functional, but less inspired than the combat. You assign your guys to different locations on the London map and then you kind of… wait. The balance in this section feels a bit off because despite the fun presentation (the background music gets groovier the faster time is going) the timing of everything feels a bit off. You don’t have enough guys to do all you would want to do, and every mission leaves your gang fatigued and possibly injured or running from the cops. So you have to send them to recover, which leaves fewer guys to do all the things you need. 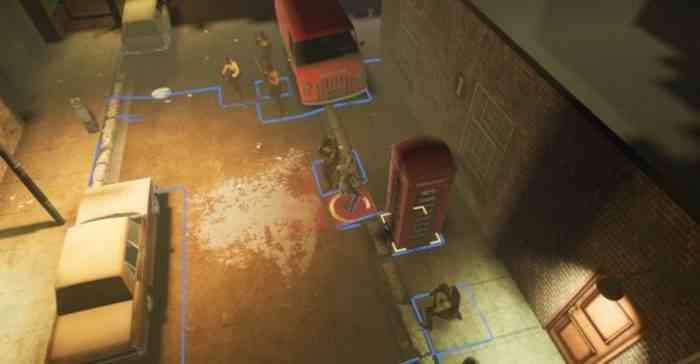 It would be fine if there were exciting strategic decisions but there’s not a lot of thought that goes into these sections of the game. Some resources (like gang members) I could never have enough of. But other resources (like money and respect) I had in ample supply, and never had to make tough decisions about how to spend. It’s not so unpleasant as to make me not want to return to the game, but those sections did drag. I got antsy to get back to the superb combat.

Sound of the Police

We should also talk about the other gimmick of the game, which is that you not only get to play as the robbers, but also the coppers. This didn’t radically change gameplay, but functionally stands as a second campaign. Oh yeah, there are story segments with dialogue and the like. But there aren’t really choices in these scenes, just context for why you are doing what you are doing. I guess if the writing was stronger, or the RPG elements were more complex, I’d have more to say. Having a story is good. Mario has a story. It guides you along.

So is Company of Crime worth playing? I’d say definitely. The worst of it is pretty uninspired, but inoffensive. But the best of it is superlatively good. I hope this game gets a lot of circulation just so developers can learn from its greatest strengths. But that’s about design, and not about players. If this were just one part great game and one part mediocre game, I’d say that averages to good. But what nudges it a little farther towards greatness is the presentation. The music, the clothes, the art style all create a sense of atmosphere. There are more polished games out there, but few do as good a job at transporting you to their setting. There’s a universe out there where Company of Crime totally changed the genre forever. We live in the universe where it’s just a really cool game that fans of the genre shouldn’t miss! 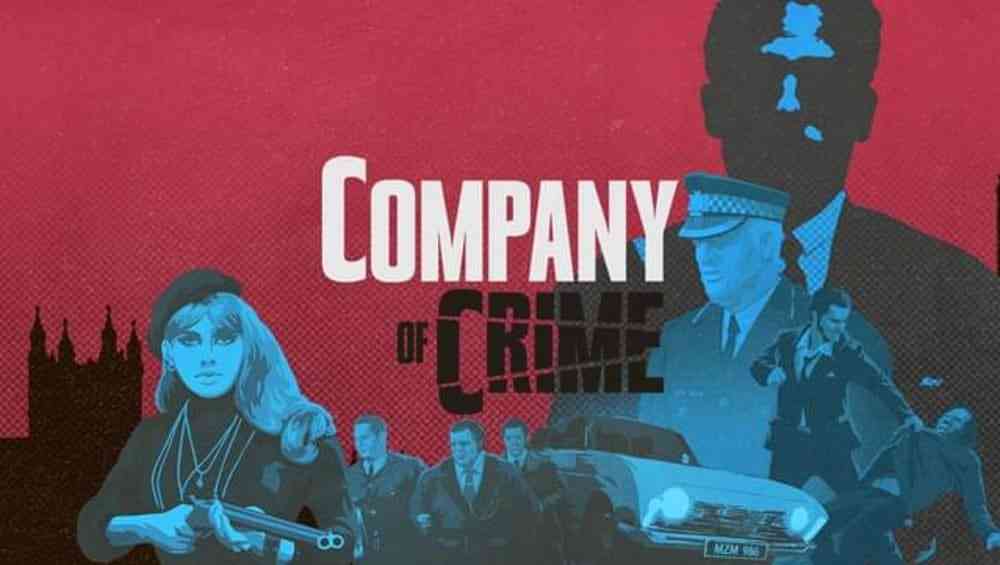