My first introduction to Real Time Strategy (RTS) games was 1992s – Dune II. Any limitations of PC technology at the time were overcome by my imagination fueled by Frank Herbert’s novels. Having cut their teeth with RTS, developer Westwood Studios then turned their attention to creating a wholly new RTS property and in 1995, they launched the Command and Conquer (C&C) series. The C&C series used gameplay elements from Dune II and expanded on terrain elements, no longer restricted to the deserts of Dune and included the use of Full Motion Video (FMV) segments, albeit ones severely limited in their fidelity given computer capabilities of the 1990s. The C&C series also expanded upon the single-player aspect of Dune II and included multi-player options through LAN and modem connections.

By 2010, eleven C&C games and eight expansion packs in the series had been released. Now ten years later, a remastered version of the first two installments C&C: Tiberian Dawn and Red Alert plus their expansion packs has been released. And this remastering is a marvel to behold. All elements have been remastered, not just the visuals but also the UI and the audio. You know you are in for a treat when the installation screen takes you from the original version of the game installation screens and visually presents the HD 4K upgrades that have been done to the games. It’s a wonderful bit of showmanship that sets the table for what the players, veterans and newbies alike, are going to experience.

A lot of care and community involvement has been done in bringing these games up to today’s standards. From the game box art being designed by a community member to having original development members from the now defunct Westwood Studios to having voice actor, Kia Huntzinger, the voice of EVA, come back into the studio to re-record her dialog to having a community band, The Tiberian Suns, re-record the game’s soundtrack with original composer, Frank Klepacki, to releasing the original game source code to the community for further modding; EA has gone all out to make this release something very special.

The Beauty is in the Details

That specialness extends down to the smallest details. The stutter-step animation of the sprite based soldiers has been smoothed out with additional frames. Even better the increased resolution now makes it easy to discern which army, soldiers belong to. Something that was difficult in the original version.

The upgrades to the sprites, destructible environments, and FMV not only bring a new level of clarity to the game but are also done in a way that matches aesthetically with the original versions. You can switch between the original and remastered version by pressing the space bar. Even this graphical transition is handled with a deft touch. The transition is not instantaneous but is a progressive one which allows you to truly appreciate the upgrades done. It is much like watching vaseline being removed from a camera lens to bring the picture into crystal focus. This clarity extends to being able to easily identify soldiers to the terrain too. Now impassable sections are easily visible.

The updates to the FMV are not as striking partly due to the tech of the time and partly due to how they were implemented. The original codecs used reduced the color palette and scan lines were added to hide any deficiencies. So the segments that used actors fare much better than those that fully digital featuring vehicles and weapons. Still the results yielded using an AI scaler to upgrade the original videos are pretty impressive. 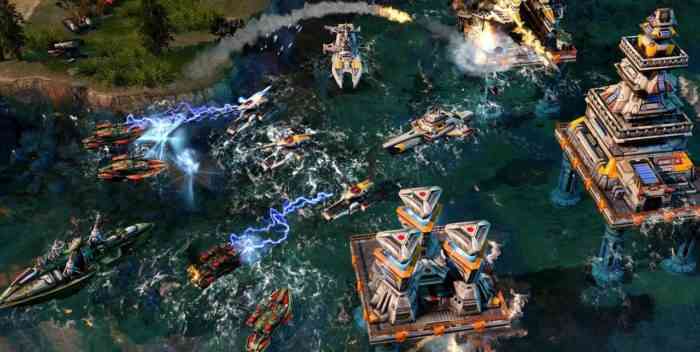 The UI for the game is noticeably improved and not just due to the added screen real estate due to the higher resolution. There have also been some quality of life improvements done to the controls to bring the game up to today’s game-playing standards. First, on the improved resolution side. For the satellite maps, they can now handle the full playing map so gone is the need for multiple maps. Each production unit now has it’s own tab which negates the original menu clunkiness of having to scroll up and down columns to access a desired unit. The net result of the increased resolution is a cleaner and more streamlined UI.

Quality of life improvements also include map zooming and the ability to queue up the production of multiple units which reduces the number of clicks needed significantly. On the playing field for units, numbers have been added to visually confirm totals for the selected unit type, something which the player had to keep track of in their head before. Clicking on a single unit like a soldier or vehicle is accompanied by an audible click and will highlight all units of the same type. Other improvements include shift-click support so that all units of the type chosen can be selected. As well, click-dragging is supported which allows selection of multiple units types at the same time.

Focus on the Strategy

The net result of all these changes is a more streamlined, less cluttered, and more intuitive UI that allows the player to focus more on strategy and analysis rather than on tedious housekeeping duties. Here the remastering team has tread lightly. The original gameplay is unchanged which is what fans of the original games want. The original quirks are still there so you can expect to see machinery like harvesters continue to do their little circle dance when they try to exit a base as other returning harvesters return to deposit their loads. There has been some tweaking though, most noticeably with the loading of troops into carriers. The soldiers board with no player intervention now. This is a welcome quality of life addition that further reduces unwanted housekeeping duties for the player.

The game menus allow for full customization by the player. You can setup hotkey controls to your preferences. Since the source code has been publicly released, the menus have built-in support to import community mods. Further menu options allow players to select from a wide range of resolutions and display ratios right up to 4K. You can also select the frame rate you wish to play at with options from 60 FPS to 120. Most present day computers, especially those built for gaming, should have little problem playing the game at the best possible resolutions and frame rates. 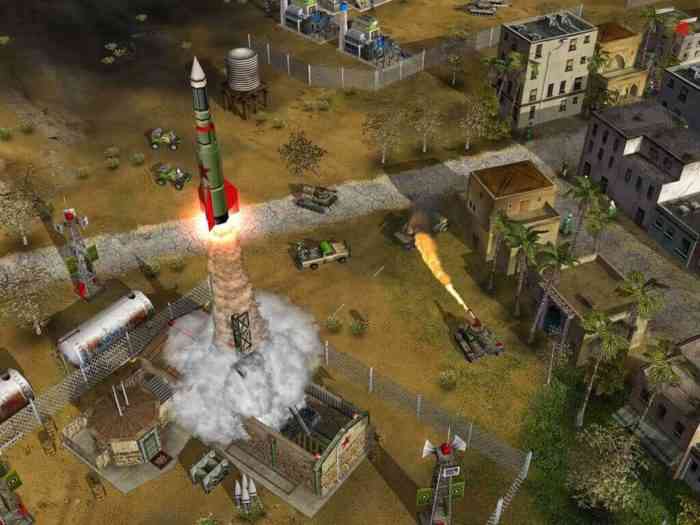 All sound effects have been remastered without compression and sound clean without the coarse presentation of the originals. There is also a jukebox menu available where you can set up a playlist of your own preference from the over seven hours of music available including twenty new tracks. Further to that you can choose between the original or remastered tracks. Besides mod support, a map editor is also included where you can design your own missions. There is also a mission select option where you can pick from any of the missions available. Something not possible before.

To say EA went above and beyond the call of duty in bringing the C&C series up to today’s standards and extending the accessibility and playability of the game while keeping the original character of the game intact, is an understatement. Their reverent approach to this remaster is not only visible on the screen but behind the scenes too. Involving the community and involving creative talents behind the scenes show the care and commitment taken here. 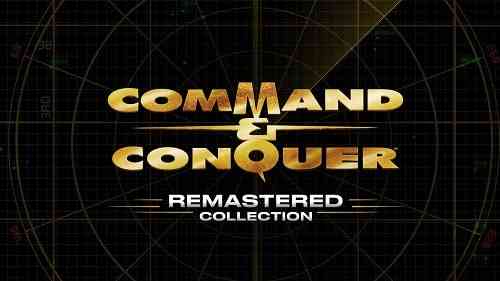