There’s no doubt that the sheer number of games included in Clubhouse Games: 51 Worldwide Classics — 51, plus a bonus game — makes it tough to beat in terms of quantity. But quantity is nothing without quality; even 1,000 games isn’t worth it if they aren’t well done. And that’s where Clubhouse Games: 51 Worldwide Classics really stands out. It’s not just a massive collection of board games, card games, tabletop games and even sports games in one handheld bundle, it’s a quality package that delivers surprising depth and some interesting features as well. This is a must-have collection for any Switch player.

If you owned a Nintendo DS back in 2006, you might remember the predecessor to Clubhouse Games: 51 Worldwide Classics, simply called Clubhouse Games. The Switch version adds 8 games to the list and also, crucially, drops the Stamp Mode feature so that all of the 51 games are now available to play upon start-up. You’re greeted with a Home screen offering a choice of games, as well as a Guide Mode in which NPC Guides take you through a selection of games based on categories, like Touch Control or Sports. Choose one, and they’ll walk you through a scripted Intro explaining each game, followed by a chance to try it for yourself. It’s not fully animated, and just involves little figurines talking, but it does help to give some background to each new game.

You can, if you wish, just jump in and play any game without any waiting, and I like that option of casual accessibility that’s given if the player so desires. But if you want more, a great feature offered by Clubhouse Games: 51 Worldwide Classics is the How to Play guide included with each game. Each game has a well-written explanation of its rules and procedures; I found this a really effective and satisfying way to learn and even master some games I’d heard about but had no clue how to play. For example, as a big fan of the Yakuza series I’ve often come across Shogi (a Japanese version of Chess) and found myself lost when trying to play it. Now, after playing through Clubhouse Games: 51 Worldwide Classics I feel I can hold my own the next time I visit Kamurocho. 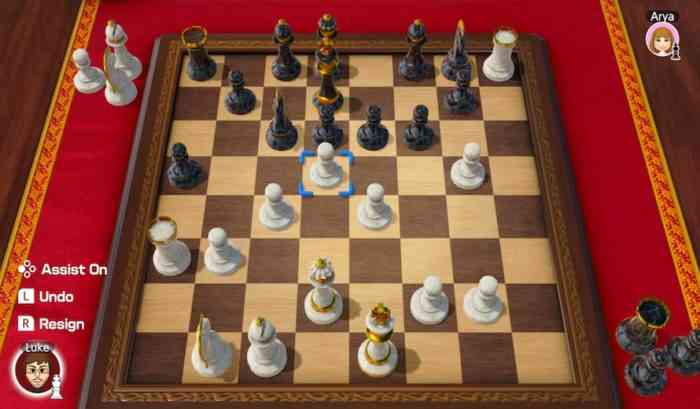 The How to Play and Guide features are amazing and well-done enhancements that will help you to learn new games and get better at the ones you already know. I’ve also learned Hanafuda, on old Japanese card game of matching up sets based on animals and seasons. Fun fact: this is one of the very first card games made by Nintendo over 100 years ago! And there is the ancient Roman game called Nine Men’s Morris, which felt like a combination of Chess and Tic Tac Toe. I not only learned these new games, but I got better at them as the game’s default difficulty automatically went up from Normal to Hard to Amazing and even Impossible as I improved in my skills. The difficulty levels are logically implemented, too — in Chess, I was able to beat the CPU easily on Normal, I had to think to beat it on Hard, and Amazing … well, that I am still working on.

And don’t worry, there’s also lots of familiar names on the list, as well as the ones you might not know. Various card games — Texas Hold’em, Sevens, Blackjack and War (remember that one?) are all here, along with favorites like Darts, Billiards, Bowling and even Golf. And they are a lot better than I expected. Darts was actually really addictive, using a finger-swipe throw mechanic that was just perfect in its simplicity and execution. Golf was simplistic, to be sure, lacking the nuances of a bigger Golf game like uneven greens or roughs, but it did the job of delivering a quick round of holes on the go.

Still don’t like any of those? There’s still 40 games I haven’t even mentioned. And they’re all executed with care and quality. You can play them all Solo versus the CPU if you wish, or in Local Co-op using multiple controllers. There’s an Online mode as well that lets you take on all comers from around the world — a mode I would have loved to try but I was (understandably) unable to find any matches prior to the game’s launch. With so many games and so many possible opponents as well as the CPU, Clubhouse Games: 51 Worldwide Classics gives you the potential for near-endless replayability.

I expected Clubhouse Games: 51 Worldwide Classics to be packed with content, and of course with 51 games it certainly is. But what I didn’t expect was how well done the overall package would be. This is a game collection that is both accessible and easy to pick up and play, yet surprisingly chock-full of enriching content like How to Play guides that will make you want to dive deeper into each of the games and learn about them as you do. Sure, realistically, you are not going to like all of the games, but if even half of these offerings tickles your fancy this is still a must-have. And, let’s be clear: there isn’t quite the charm or polish of some Nintendo titles like Mario or Zelda, but the interface and menus are slick and this is a quality product. At the current price of $39.99 Clubhouse Games: 51 Worldwide Classics really is a world of games you can take with you wherever you go. 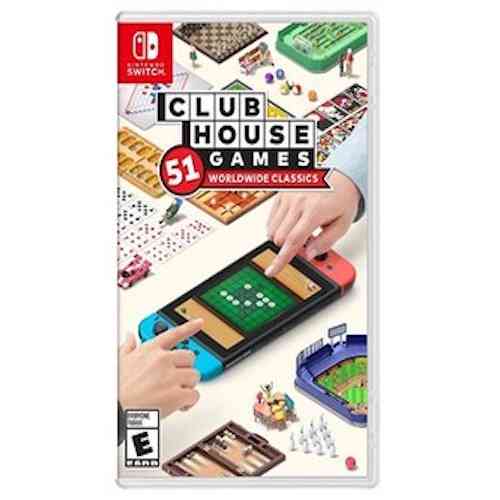