Mortal Kombat 11 is already one of the most solid entries in the series. Even if we set aside its gorgeous graphics and fantastic balancing of characters, it proceeds to give us a movie-quality narrative and provides a gameplay experience accessible for gamers of all experience levels. Adding characters like Joker and Spawn was a great move and one we had seen before in the franchise, but the combination of features delivered in this first expansion pack (a phrase I haven’t had the delight of saying in a VERY long time) only makes the game better and gives you even more for your dollar.

The Aftermath campaign picks up immediately after the main story ends. While it has roughly half the number of chapters, it still tells an immersive, twisting narrative that highlights the characters involved in the best way possible. Facial animations and character personalities pop off the screen like you would expect from a rich kung-fu movie. As Liu Kang starts shaping the sands the time, Nightwolf, Fujin, and Shang Tsung arrive through a portal to stop him: Without Kronika’s crown, they cannot control the hourglass, and attempting to control the sands will destroy reality. This leads into an epic journey through time focused on keeping their victory against Kronika assured and fixing the timeline, all while attempting to trust Shang Tsung.

Aftermath also adds three new characters to the roster: Fujin, Sheeva, and RoboCop. Sheeva has hands down been my favorite addition. She is incredibly noob-friendly for those not used to Mortal Kombat with high power, easy combos, and great special attacks. She is primarily a very close range fighter and at times it can be tricky to close the gap but I have had the most fun with her. Fujin is the one built for those experienced fighters. He reminds me of a mix between Raiden and Noob Saibot; his moves are incredibly fast, he excels in the air and on the ground, and facing off against a particularly skilled Fujin can be infuriating. He feels beyond my skill level, but I managed to get through his campaign segment with relative ease. Finally, we have RoboCop. As cool as it is to have him, what the heck is he doing here? RoboCop feels like a long range defensive character in a game about getting up close and tearing people apart. His plethora of long range weapons is to be expected and his riot shield can be insanely handy, but to me his moveset made him feel like he really was in the wrong universe, at least the wrong game. 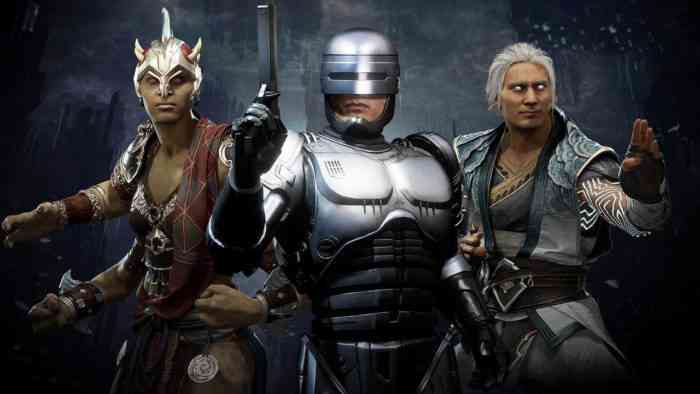 The biggest draw gameplay-wise is the addition of Stage Fatalities and Friendships. There are only three stages so far which feature the Stage Fatality but NetherRealm has stated they intend to continue supporting MK11 for many years, so don’t be surprised if more of these pop up down the road. Having the option to change it up with a new gruesome way to destroy your enemy feels pretty good. When you know your favorite characters Fatality off by heart it can get a little dull seeing the same thing over and over, so watching a new horrific death is pretty satisfying, especially the Dead Pool.

What can I say about Friendships? The feature returns after an insanely long hiatus and it brings wacky, weird, lovable insanity to the game. Sometimes the best thing you can do is subvert expectation and boy howdy does it ever do that. Sub-Zero with his ice cream stand, Jax with the saxophone, its all hilarious and ridiculous. It shows the charm of the series that a lot of people can’t see because they only notice the ultra-violence and miss out on the heart of the series: its complex, character driven narrative. 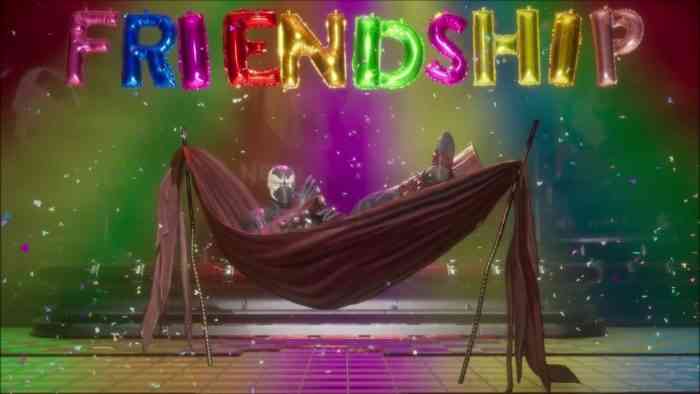 Mortal Kombat 11: Aftermath gives you exactly what you want out of an expansion pack: new characters, a new story, new gameplay features, and it throws in a couple of new skins for Scorpion, Sub-Zero, and Frost. As a package deal, if you loved Mortal Kombat 11, then Aftermath is an absolute must. It embodies what any expansion or DLC should always do: it adds and enhances the game without diluting or changing the original image. Aftermath adds fresh life (and blood) to the game and revitalizes that urge to hear the iconic words: Finish Him!

**PlayStation 4 code provided by the publisher** 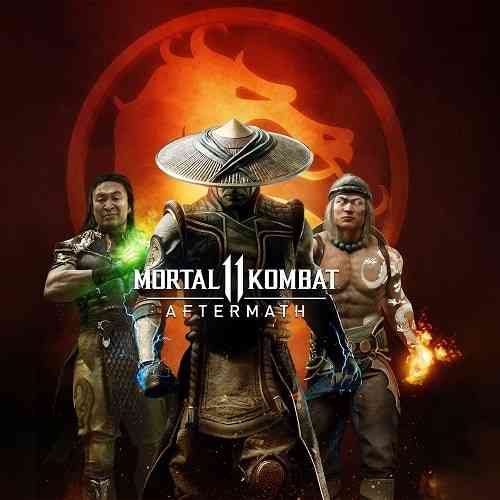