Don’t Sleep On This One, Maybe

Clubhouse Games is a very large compilation of traditional games coming to the Nintendo Switch. While this was already an easy sale for most fans of such things, Nintendo recently announced that there will be Mario Cosmetics to be unlocked within the game. What does this entail, exactly? And how will the unlocking process work? 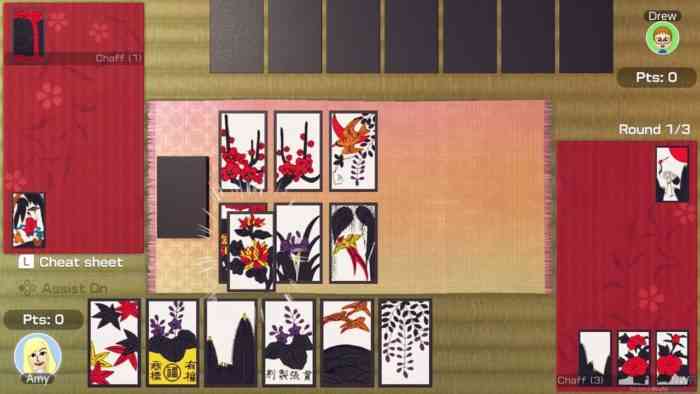 Well, there’s not a detailed answer to these questions just yet, but we know it includes cool Mario-themed art for things like playing cards. Another detail included in this Tweet was the appearance of Hanafuda cards. For anyone who doesn’t know (most people?), Hanafuda was the first game Nintendo dealt with over 100 years ago. The Nintendo-branded cards have never been sold in North America, at least not officially.

Full disclosure, I don’t know a whole lot about this game. It’s very Japanese, uses cards decorated with images, and has been played in some form for ages. However, the release of Clubhouse Games next month will be the perfect opportunity to brush up on the rules. Between this and the fifty other games available, local co-op fans will have a whole lot to occupy themselves with. Clubhouse Games is coming out for the Nintendo Switch on June 5th, 2020.