The Future of Food

Sometimes, science does things to ease the efforts of the common man. Sometimes, science gets inspired by science fiction media like books, television shows, or video games. Today, we are graced with something from both instances. A Chinese robotics company called ULS Robotics is experimenting with a design that gamers will recognize, whether it was really inspired by a video game or just a remarkable coincidence. A strikingly Death Stranding-like exoskeleton has been designed to help food and parcel delivery people carry heavy packages with ease. 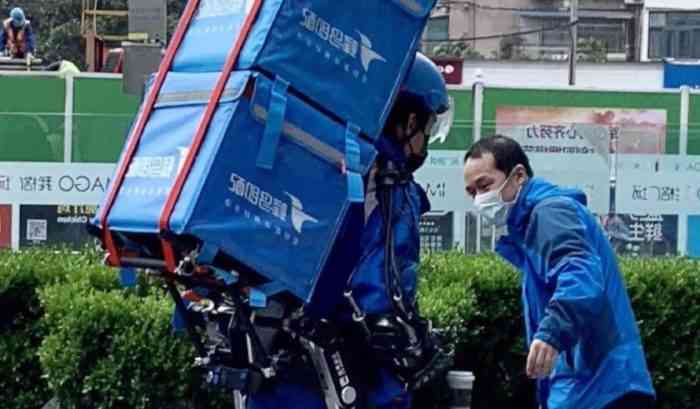 In a short video by Sixth Tone, we see a Chinese delivery company called Ele.me test out this exoskelton. The user straps into the device by their feet and torso and we can see robotic joints around the hips, knees, and ankles. What makes it bear resemblance to Death Stranding is the shelf on the lower back where boxes are piled on and straped to, just like Sam Bridges does. The video claims that the exoskeleton can help its user easily carry 50 kilos of food and other things. It also compiles some comments that mention Death Stranding by name, as well as reference power armour and Iron Man.

Straight out of a video game: China’s ubiquitous food-delivery app https://t.co/O6kOT9RrJG caught the Chinese internet’s attention this week after testing a powered exoskeleton for its couriers. The exoskeleton endows the wearer with the strength to carry up to 50 kg with ease. pic.twitter.com/4elmxRhLDU

Sixth Tone is a social media channel that offers “Fresh voices from today’s China – news, features and commentary from a human perspective.” Hopefully, a prototype of this exoskeleton makes its way to Norman Reedus, so that the perfect Death Stranding cosplay can be complete. Death Stranding is available now on PS4, and is set to launch on PC on July 14th.

Would you like to see people walking around in these? Let us know in the comments below.