Without a doubt Call of Duty: WWII has added a pep in the step of fans all around the world, bringing the franchise back to boots on the ground. With a decent first DLC in Resistance, Sledgehammer came out swinging with their second DLC War Machine. With the success of the second DLC behind us, can Sledgehammer looks to keep their momentum in their latest The United Front DLC?

The United Front is DLC number three for COD: WWII and as with War Machine we’ve been given three entirely brand new multiplayer maps, Stalingrad, Market Garden, and Monte Cassino, as well as a brand new War map in Operation Supercharge. If you’re a season pass holder, or even if you’ve just purchased all of the map packs separately, this brings the totals up to 20 for regular multiplayer maps, and 6 for War missions. Thankfully, WWII now feels like a weighty game, with a lot of map variety, and that’s definitely not something to complain about here. Now if you wanted to dive into something a little scarier, and full of a lot more blood and guts, there’s an exhilarating zombies experience this time around aptly titled The Tortured Path.

If you’re a history buff, Stalingrad was the largest confrontation in World War II history, and it’s absence in Call of Duty: WWII came as a shock to many. Now, over seven months later Stalingrad makes its way into the fray. This snowscape features two main bunkers at each end of the map, as well as three main lanes for flanking. Stalingrad not only looks great, but it also embodies everything a multiplayer map should have. From sniper perches, to underground and communication bunkers used for flanking and rushing, there’s a little something to be found for every type of COD player here. Hell, there’s even some good little corners throughout where campers can sit and take a break from the action. Overall, this is the best map out of the latest additions and unless you’re being spawn trapped, you should enjoy the tense combat it brings.

Market Garden, a little map that looks exactly as it sounds is set in the Netherlands. Considering its size there’s no denying this map brings close-quarters combat up a notch. While this map is a campers paradise as much as it a shotgunners treasure trove, there is still a little bit of room for the run and gunners out there. With three main lanes, there are some wide open spaces on either side of the main building to sneak into enemy territory with. As you can imagine, Market Garden doesn’t exactly leave much room for snipers, however, it does allow for an array of frenetic gunfights at every twist and turn. I don’t imagine you’ll have much time to take in the beauty of the map though as there is so much going on all the time. Behind Stalingrad, Market Garden is still a pretty solid addition, albeit just a little frustrating more often than not.

The third and final map comes in the neat little package of Monte Cassino, a monastery in the middle of a war-torn village somewhere in Italy. With some rooftop vantage points for snipers and a lot of space to run around in, this should be the perfect match. Unfortunately, the map just seems a bit out of place in Call of Duty: WWII, as a lot of the verticality of the map just isn’t that easy to get to quickly. As a whole, this map would have made a nice splash in Black Ops 3 or Infinite Warfare, matching well with the exo abilities, however it comes as more of a thunk here. 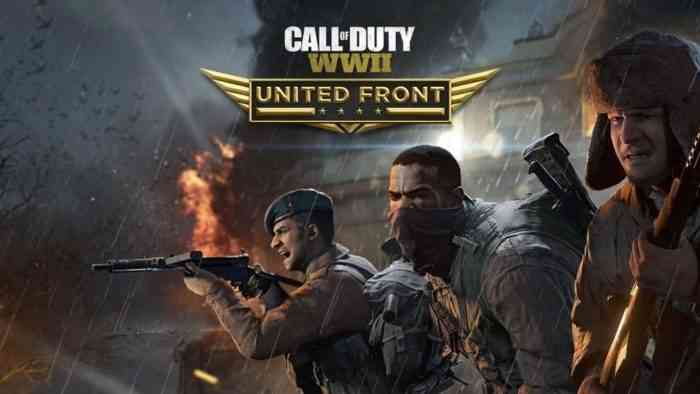 War gets a brand new map with Operation Supercharge, and while it doesn’t do anything to reinvent the game mode, it takes place in the sandy village of Tunisian. If you’re unfamiliar with the name, that’s what makes it so exciting. Unfortunately, for as interesting as the location is, Operation Supercharge doesn’t really offer fans anything different from past War missions once you get past the first mission. After some thrilling objectives from the last DLC’s Operation Husky, I was really hoping Sledgehammer would take these ideas and run with it. Instead, after you’ve captured a Nazi-occupied village, you’ll move into the usual, ‘rush here and blow this objective up,’ followed by some more ‘capture these areas for the win’ gameplay. If you’re a fan of the previous War maps, you’ll likely enjoy this one, however, even if it doesn’t bring anything game-changing to the mix. Hopefully, the fourth and final DLC map pack will see the developers take some out of the box ideas and really drive them home effectively.

This lack of ingenuity seems to be excused by the fact the Sledgehammer was busy working away on their new and innovative zombies experience: The Tortured Path. Not only is this the strongest part of the entire DLC, but it’s a whole hell of a lot of fun too. In a similar fashion to that of the Black Ops 2 zombie map Tranzit, The Tortured Path will have see players through three very different locations. Each of these locations, or chapters, have 10 different levels, where no two are the same. As you fight your way through waves of zombies, so too will you face a variety of tasks which could mean the difference between making it to the next level, or ending your experience entirely. From escorting a zombie to a certain part of the map or killing a bunch of special zombies, they are never the same.

As you might have guessed, the tenth and final level in each chapter brings you face to face with zombie bosses that nightmares are made out of. If you can somehow manage to figure out how to defeat them, the third and final one can heal itself for example, you’ll gain a huge sense of accomplishment. If you’re someone who likes to complete the Easter Eggs, there are quite a few to be completed here, however good luck completing them, as the main ‘quests’ are hard enough on their own without adding something else to the mix. While many may be disappointed by just how complicated The Tortured Path is, it just wouldn’t quite suit its name without being a ridiculous mash-up of some crazy zombie-killing moments. Without a doubt, this new zombies map will have you swearing a bunch, but at the end of the day isn’t that exactly what makes it a great zombies experience?

At this point, The United Front DLC illustrates exactly what Sledgehammer needs to work on, while highlighting exactly what makes Call of Duty so damn popular as a franchise. Though Sledgehammer does nothing to reinvent the wheel here, two out of the three regular multiplayer maps are solid additions to Call of Duty: WWII, and Operation Supercharge is just another War map. Without a doubt, the strongest part of this entire DLC is the new Tortured Path zombies experience. Not only is it fresh and exciting, but it’s a crazy take on zombies that will pull you in from the beginning. With one map pack left, it will be interesting to see what Sledgehammer brings to the table, and if they will change up the age-old formula in favor of something a bit more groundbreaking.